Notre Europe offers the synthesis of the book of Gaëtane Ricard-Nihoul, member of its Board of Directors, on the concept of “Federation of Nation States” formulated by Jacques Delors, in which she analyses the main political and legal issues which are at the core of the coexistence between attachment to the nation and belonging to the European Union. 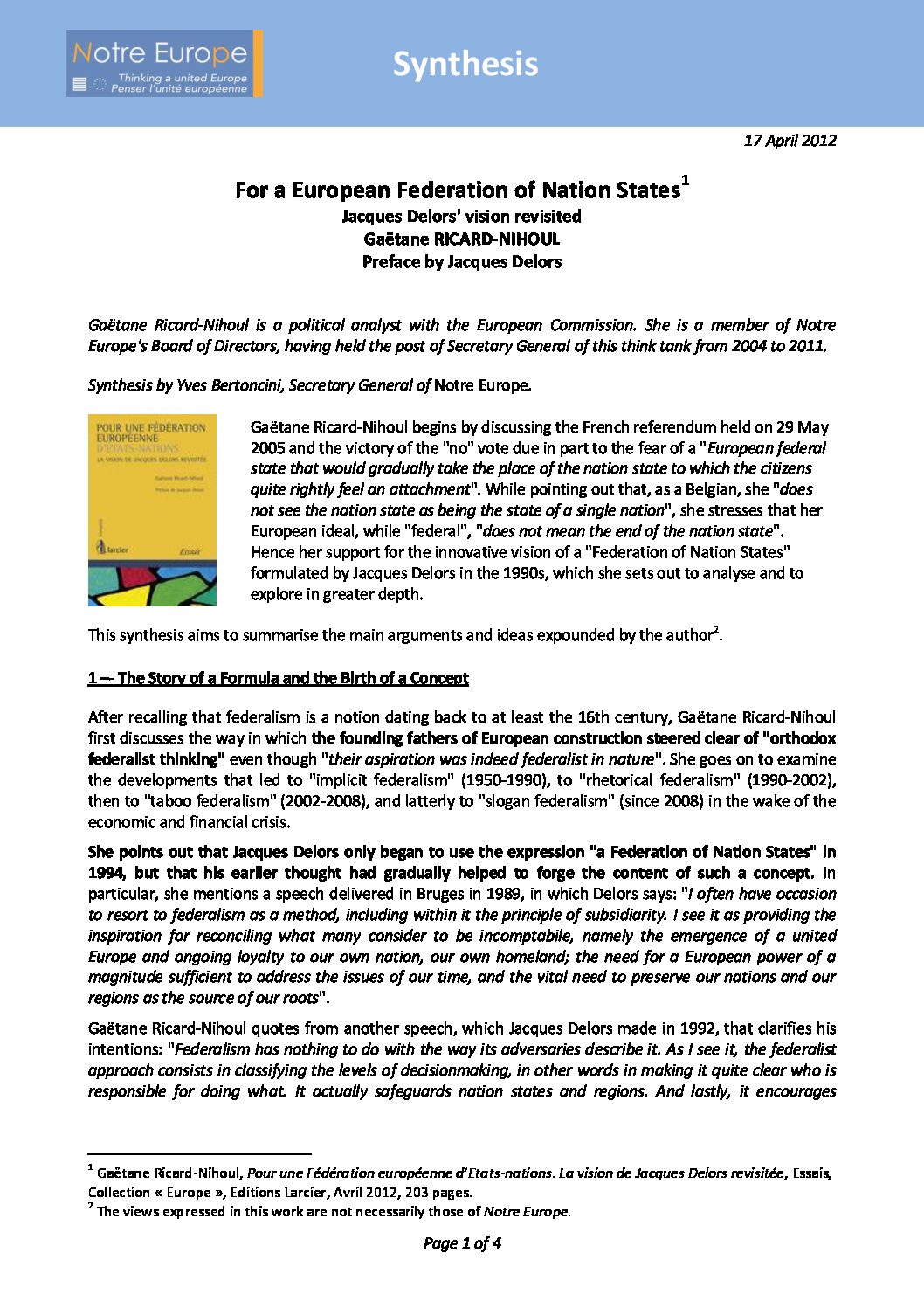 Notre Europe offers the synthesis of the book of Gaëtane Ricard-Nihoul, member of its Board of Directors, on the concept of “Federation of Nation States” formulated by Jacques Delors, in which she analyses the main political and legal issues which are at the core of the coexistence between attachment to the nation and belonging to the European Union.

After recalling the story of the notion of federalism, she points out that Jacques Delors only began to use the expression of “Federation of Nation States” in 1994, after the formulation of the expression “hard core” by Karl Lamers and Wolfgang Schäuble. She underlines that his earlier thought had gradually helped to forge the content of such a concept that was gradually expanded and popularised in the following years.

The author specifies that Jacques Delors distinguish three kinds of European federalism and that his thought and action is concerned with the “federalism as a method”. She then advises consigning the dichotomy “federation-confederation” before precising that the European Union already has the features of a “Federation of Nation States”, although it is incomplete.

Gaëtane Ricard-Nihoul goes on underlining the three main legal and political issues on which the debate over the deepening of the European Federation of Nation States focuses: sharing competences, European government and democracy. She adds that if “variable geometry cooperations” already exist, differentiation within the EU must be better organised.

She argues that the “Federation of Nation States” offers member states non only the prospect of a “second life in a globalised world”, but also the European construction process the promise of a fresh boost. 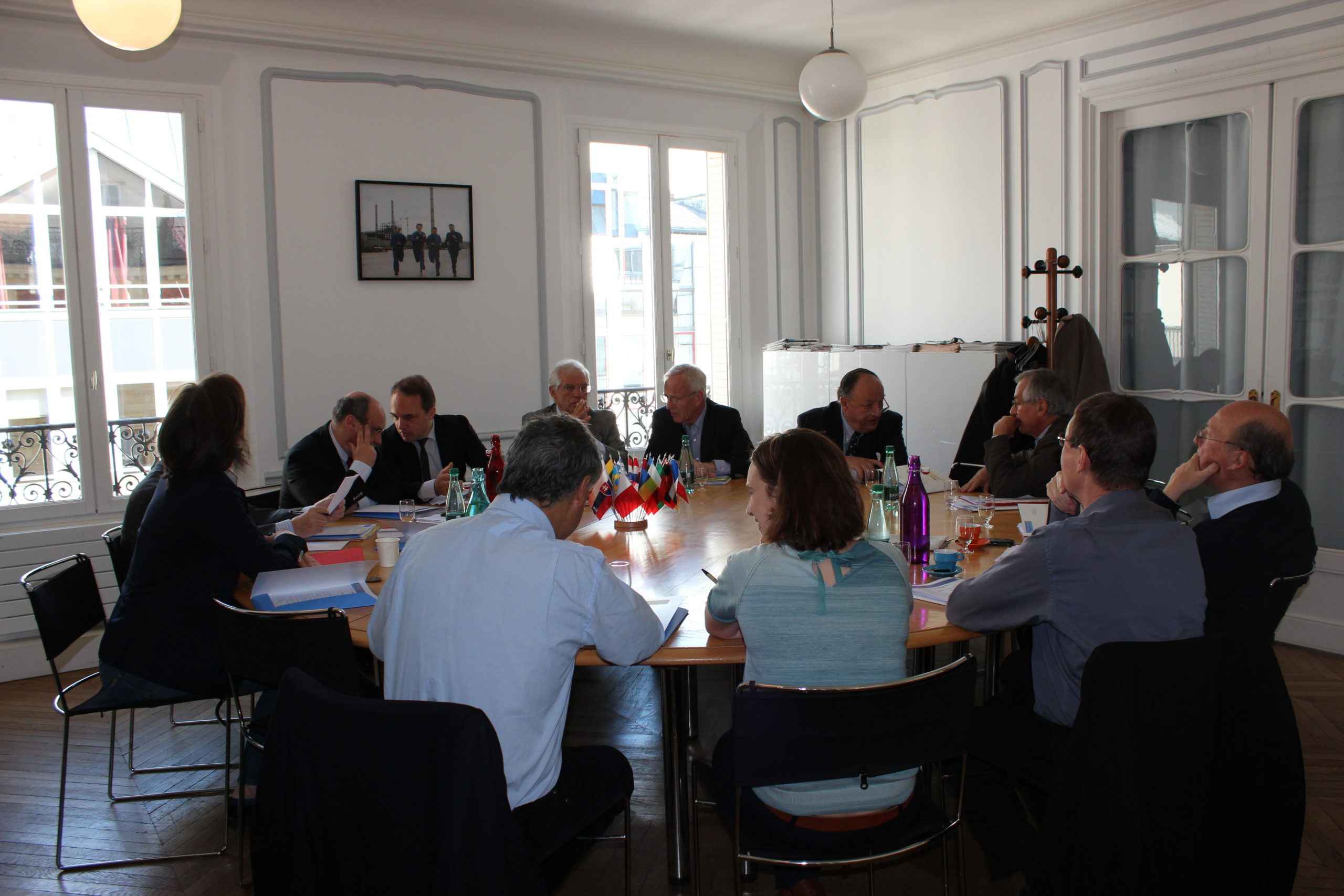