“Germany strongly evolved during the crisis”

While Germany is playing a key role in resolving the economic and financial crisis, EPIN (European Policy Institutes Network) recently published a paper on the perception of this country by other EU member states. António Vitorino wrote the foreword. 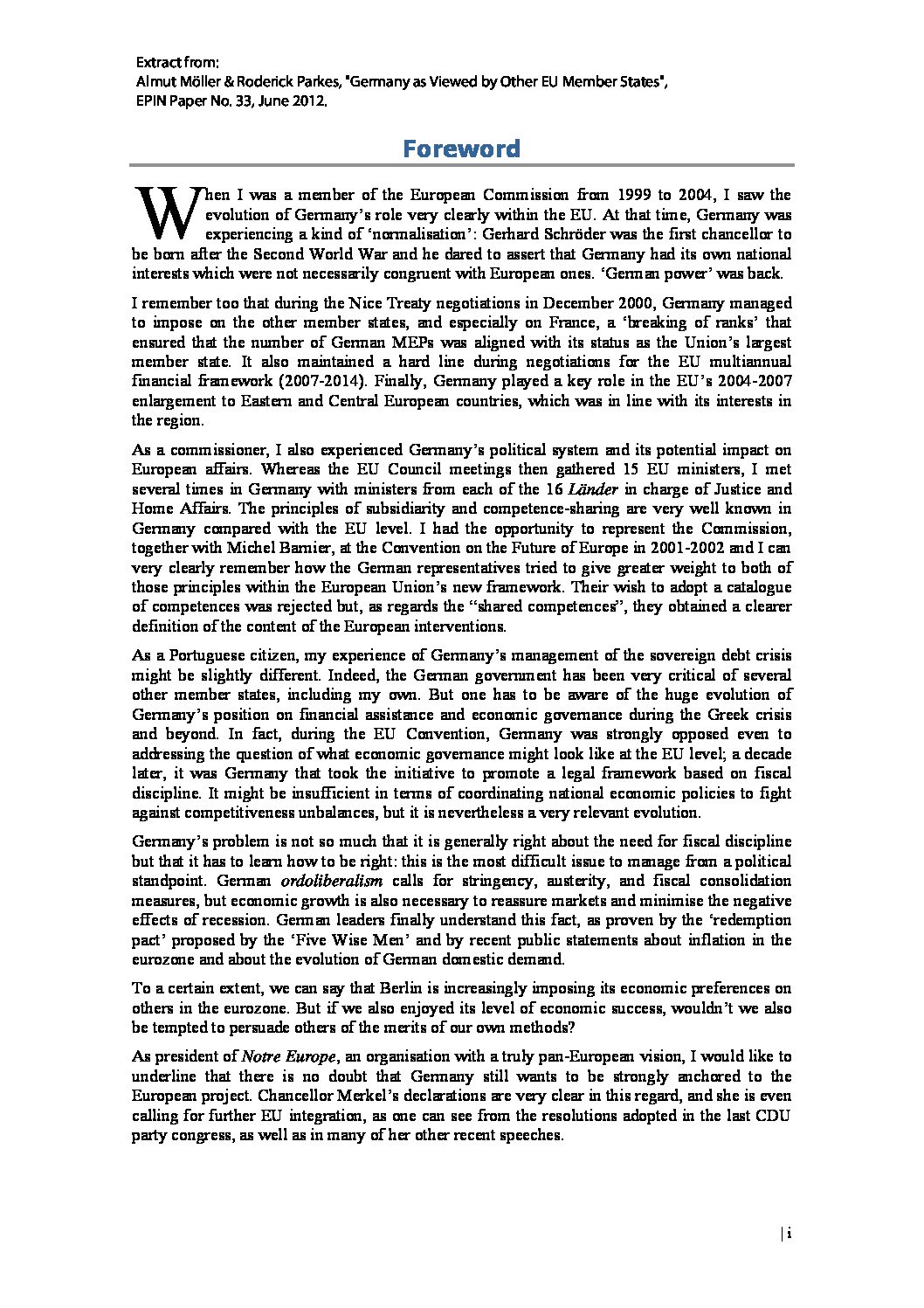 In his foreword of the EPIN (European Policy Institutes Network) paper on Germany as viewed by other EU member states in a context of economic and financial crisis, António Vitorino gives us an analysis based on his personal experience.

As a member of the European Commission from 1999 to 2004, he saw the evolution of Germany’s role very clearly within the EU while it was experiencing a kind of “normalisation”, with chancellor Schröder daring to assert that Germany had its own national interests which were not necessarily congruent with European ones. He remembers too Germany’s hard line of negotiations for the Nice Treaty and the EU’s 2007-2013 multiannual financial framework. He also recalls that the principles of subsidiarity and competence-sharing are very well known in Germany compared with the EU level and that German representatives tried to give them greater weight during the Convent on the Future of Europe.

Then, António Vitorino gives us his vision as a Portuguese citizen: the German government has been very critical of several other member states, including his own, but one has to be aware of the huge evolution of the German position on financial assistance and economic governance.

Finally, as president of Notre Europe, he underlines that there is no doubt that Germany still wants to be strongly anchored to the European project. According to him, other EU member states recognise the de facto

leadership position of Germany but it is often reluctant to assume the full range of consequences.

A Guide to the German federal election

What are the ambitions of the German Green party