Can Greece leave the euro area? This Paper analyses possible exit scenarios and discusses their consequences. The risk of an ‘accidental Grexit’ is acute, even though it would likely leave Greece and the Euro zone severely handicapped. 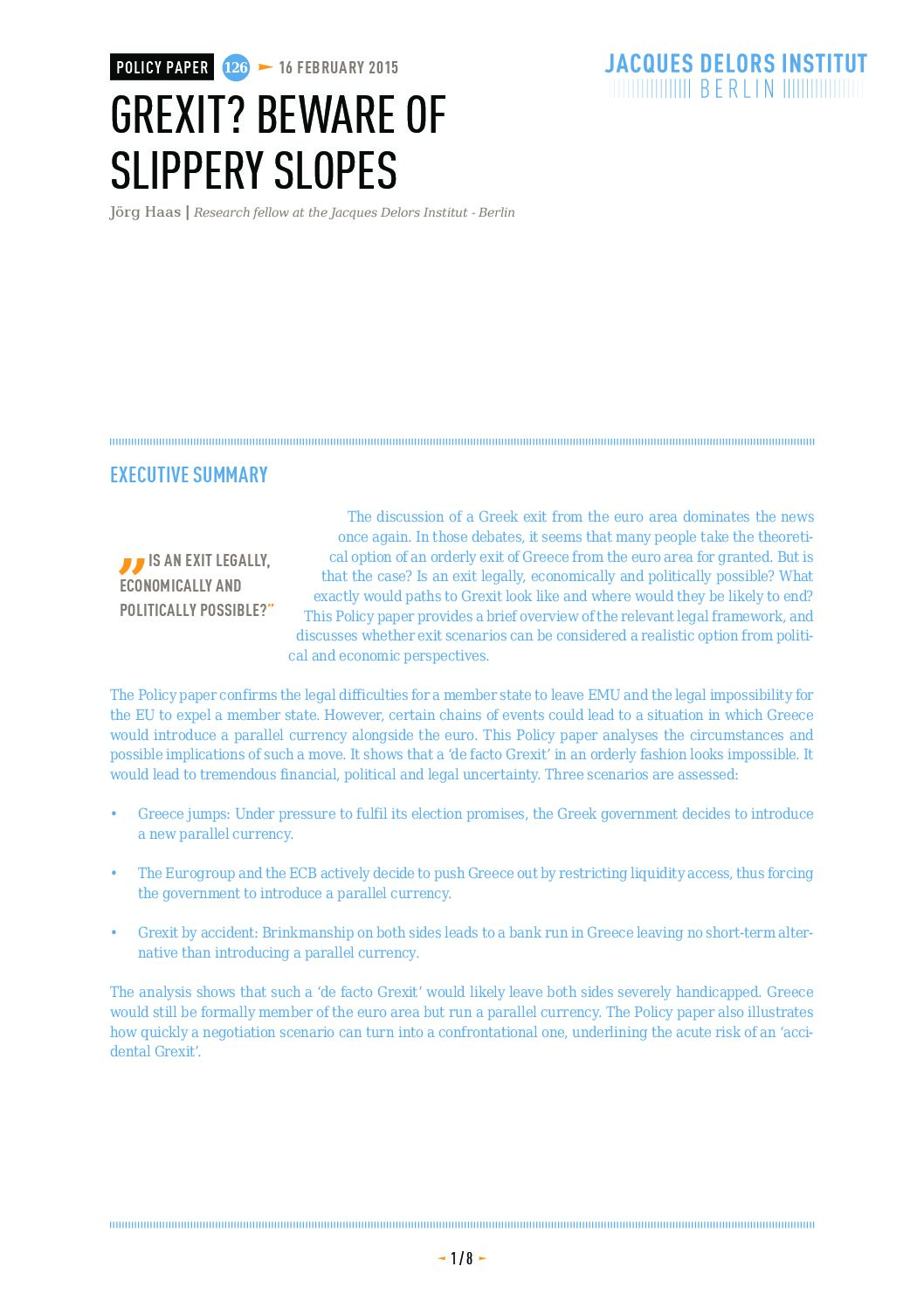 The discussion of a Greek exit from the euro area dominates the news once again. In those debates, it seems that many people take the theoretical option of an orderly exit of Greece from the euro area for granted. But is that the case? Is an exit legally, economically and politically possible? What exactly would paths to Grexit look like and where would they be likely to end?

This Policy paper by Jörg Haas provides a brief overview of the relevant legal framework, and discusses whether exit scenarios can be considered a realistic option from political and economic perspectives.

The Policy paper confirms the legal difficulties for a member state to leave EMU and the legal impossibility for the EU to expel a member state. However, certain chains of events could lead to a situation in which Greece would introduce a parallel currency alongside the euro.

This Policy paper analyses the circumstances and possible implications of such a move. It shows that a ‘de facto Grexit’ in an orderly fashion looks impossible. It would lead to tremendous financial, political and legal uncertainty. Three scenarios are assessed:
1. Greece jumps: Under pressure to fulfil its election promises, the Greek government decides to introduce a new parallel currency.
2. The Eurogroup and the ECB actively decide to push Greece out by restricting liquidity access, thus forcing the government to introduce a parallel currency.
3. Grexit by accident: Brinkmanship on both sides leads to a bank run in Greece leaving no short-term alternative than introducing a parallel currency.

The analysis shows that such a ‘de facto Grexit’ would likely leave both sides severely handicapped. Greece would still be formally member of the euro area but run a parallel currency. The Policy paper also illustrates how quickly a negotiation scenario can turn into a confrontational one, underlining the acute risk of an ‘accidental Grexit’.

This Policy paper is available in English and in German.