With the loss of our Founding Director, Henrik Enderlein, the Jacques Delors Centre has lost a great European, and a great man. 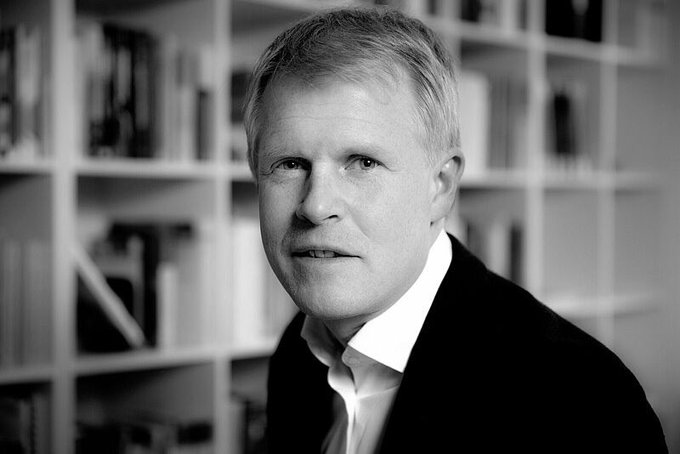 With the loss of our Founding Director, Henrik Enderlein, the Jacques Delors Centre has lost a great European, and a great man.

Henrik was a sharp, dynamic mind, constantly buzzing with ideas, always able to strike the right tone and always able to get to the heart of the matter. His intuition for politics, language and people made him a highly-regarded speaker and advisor. His charming and generous nature made him a widely-beloved friend, colleague and mentor. Henrik was an unbelievably motivating spirit – one who trusted, who challenged and supported, and who inspired many to follow him. Always with humour and a wink. Always on equal footing. Even in disagreement.

Henrik’s passion for the European idea was without borders. For him, the EU was ‘the most exciting political project of the 20th and 21st centuries’. At the same time, his perspective was always lovingly critical. He was convinced that Europe could be better if everyone thought beyond their own four walls. To him, these were never empty words: creating a better Europe stood at the very centre of his work as a Professor at the Hertie School, as a think tanker, and as a political being.

In 2014, together with Jacques Delors, Henrik founded the Jacques Delors Institute – Berlin, tightly linked with the eponymous institute in France, in order to give the European policy debate in Berlin a new, more constructive, and more longsighted direction. He wanted Germany to develop a positive, forward-looking vision for Europe. This was true in many respects, but in none more so than the euro and the Eurozone. From his doctoral dissertation onwards, he was never able to rid himself of the question of how a common European currency could function economically and politically. In order to find an answer, he forged connections over national borders and party-political divisions – always with the goal of developing proposals that could dismantle red lines and open new areas for compromise. He was at least still able to experience, in the course of the pandemic, how Europe stood together this time in solidarity; this, too, was due in no small part to his unceasing efforts.

When Henrik became the President of the Hertie School, he brought the Jacques Delors Institute along with him. His vision was to bring together academic and policy work. He founded the Jacques Delors Centre, where European policy research and think tank work go hand in hand. The use of academic insights for good European policy and for long-term policy thinking remains the foundation of our work.

Henrik was deeply connected to France, and not only in personal and biographic terms. In political terms, too, he tirelessly emphasised the importance of Franco-German cooperation and friendship for the success of the European Union. In 2020, shortly before the diagnosis of his fateful illness, Henrik brought the Franco-German Dialogue to life. Supporting cultural and intellectual exchange as well as strengthening the Franco-German relationship were projects very close to his heart.

Henrik was ruthlessly optimistic until the very end. To him it was clear: it is always worth it to throw oneself into the fray and fight for one’s convictions. We would have loved to continue fighting along with him, and continue to tinker away at a better Europe. Now, we are forced to continue without him. He will be deeply missed.