The analyse of the perspectives and their determining factors is a particular difficult task. As far as politics is concerned, the Italian response is never easy to predict. This is also true of the subject we wish to treat here, the political orientations of its Presidency. It becomes even more difficult given the attitude of the Italian authorities which combines an unusual discretion over their intentions, an often puzzling style of international relations and a cooler and more hesitant European commitment than in the past, on the surface at least.Also available in Italian. 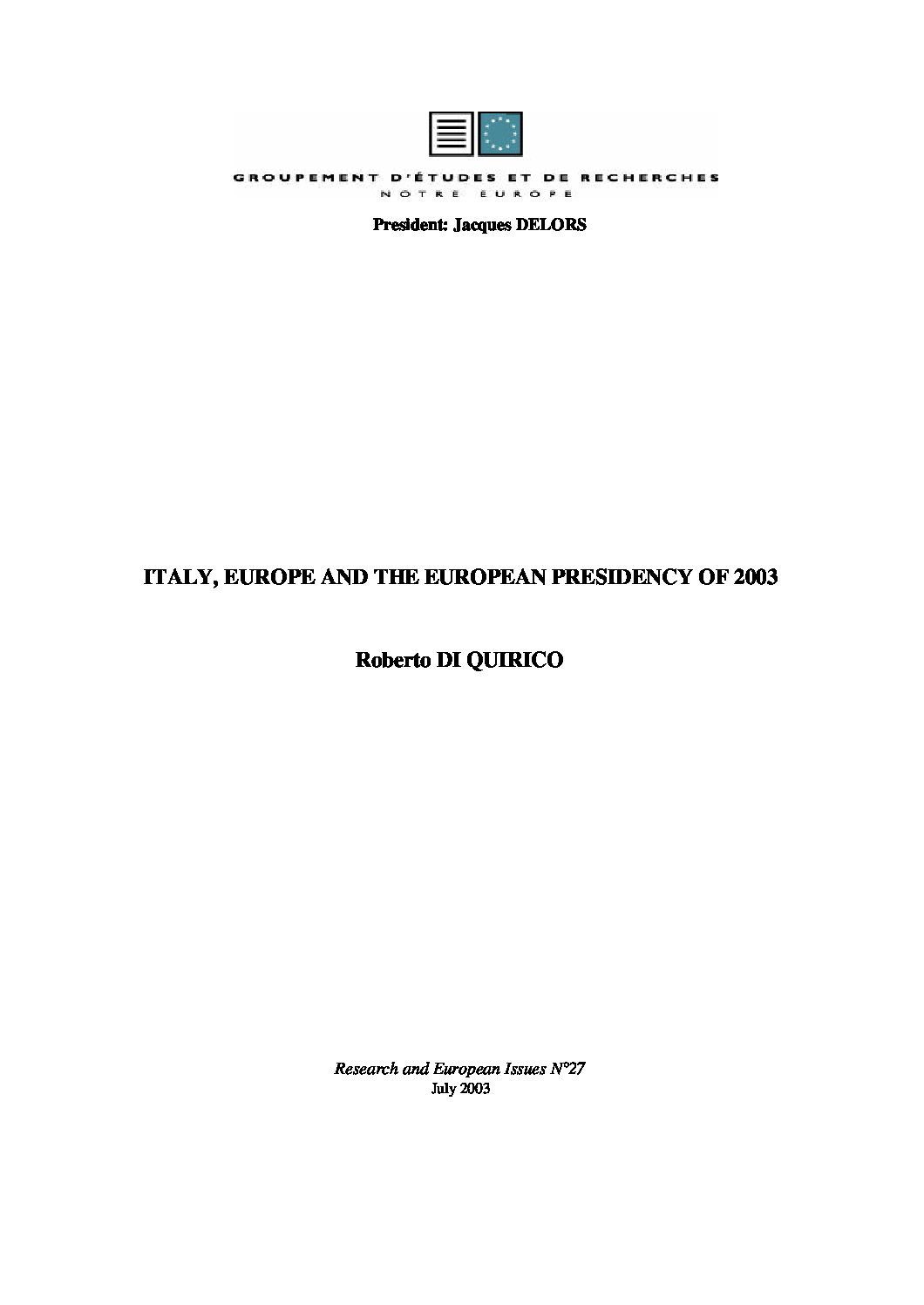 I am especially grateful to Roberto Di Quirico for having accepted to analyse for us the perspectives of the Italian Presidency of the European Union and their determining factors as it is a particularly difficult task. As far as politics is concerned, whether national or European, the Italian response is never easy to predict, and indeed this is one of its many charms. This is also true of the subject we wish to treat here, the political orientations of its Presidency. It becomes even more difficult given the attitude of the Italian authorities which combines an unusual discretion over their intentions, an often puzzling style of international relations and a cooler and more hesitant European commitment than in the past, on the surface at least.

Roberto Di Quirico explains that this new positioning and the difficulty in explaining it derives from a tense internal situation where divisions are exacerbated, the political system which followed the “First Republic” is unstable and there is a fear of an economic, social and moral “decline” in the country. The European theme, which has always been at the centre of the Italian debate, finds itself eclipsed by internal concerns and used in response to these concerns. Even if experience has taught us that Italy generally copes with this type of situation, without the anticipated dramatic consequences, the current scenario appears more serious than usual. This explains why our author has found himself compelled to depart from the usual academic neutrality and has provided us with a study which is more “committed” than the others in this series have tended to be. The legacy which each Presidency leaves for the history of European integration relates less to its intentions and more to the constraints of its agenda. The second semester of 2003, between enlargement, deepening and the planning of budgetary resources and policies, will be particularly demanding for the Italian Presidency. This will be in some senses a hazardous period, as the Union will have to resolve questions which are vital for its future, while it is currently more divided than ever. In such a context, the role of the Presidency will be less that of proposing initiatives than that of forging consensus.

Among other advantages it possesses which should aid in this task, Italy also holds the functions of the Presidency of the European Council, the Presidency of the Commission and the Vice-Presidency of the Convention, which is not too bad for a country supposedly on the verge of decline. It is up to Italy to add up these potential strengths rather than using them as a further instrument of division. They will be necessary to meet the strict deadlines that the calendar has laid down. 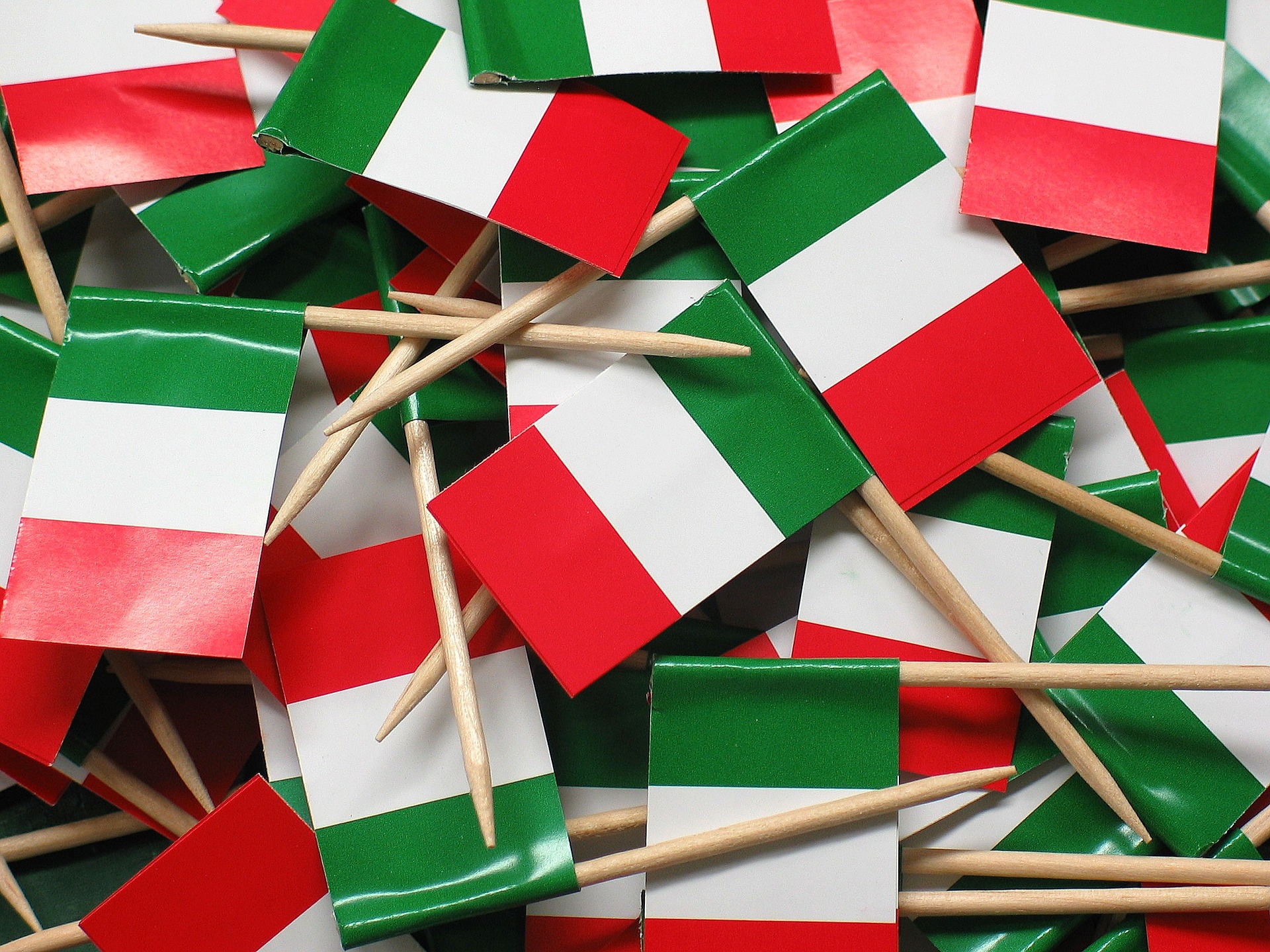 Italy’s Euroscepticism: A case of Victimhood and a Tale of Missed Opportunity 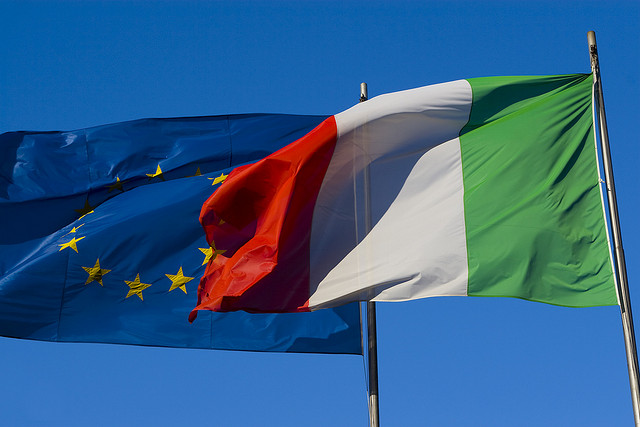 The Italians and Europe, Chronicle of Disenchantment 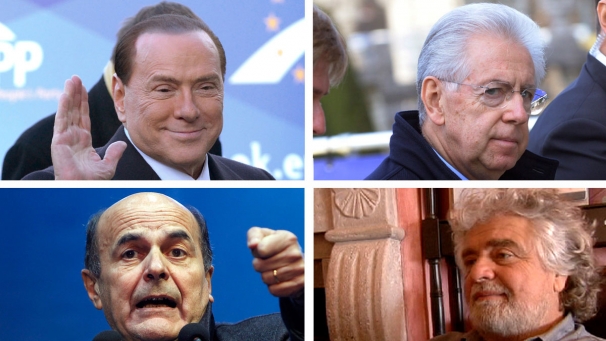 Europe at the polls. Lessons from the 2013 Italian elections 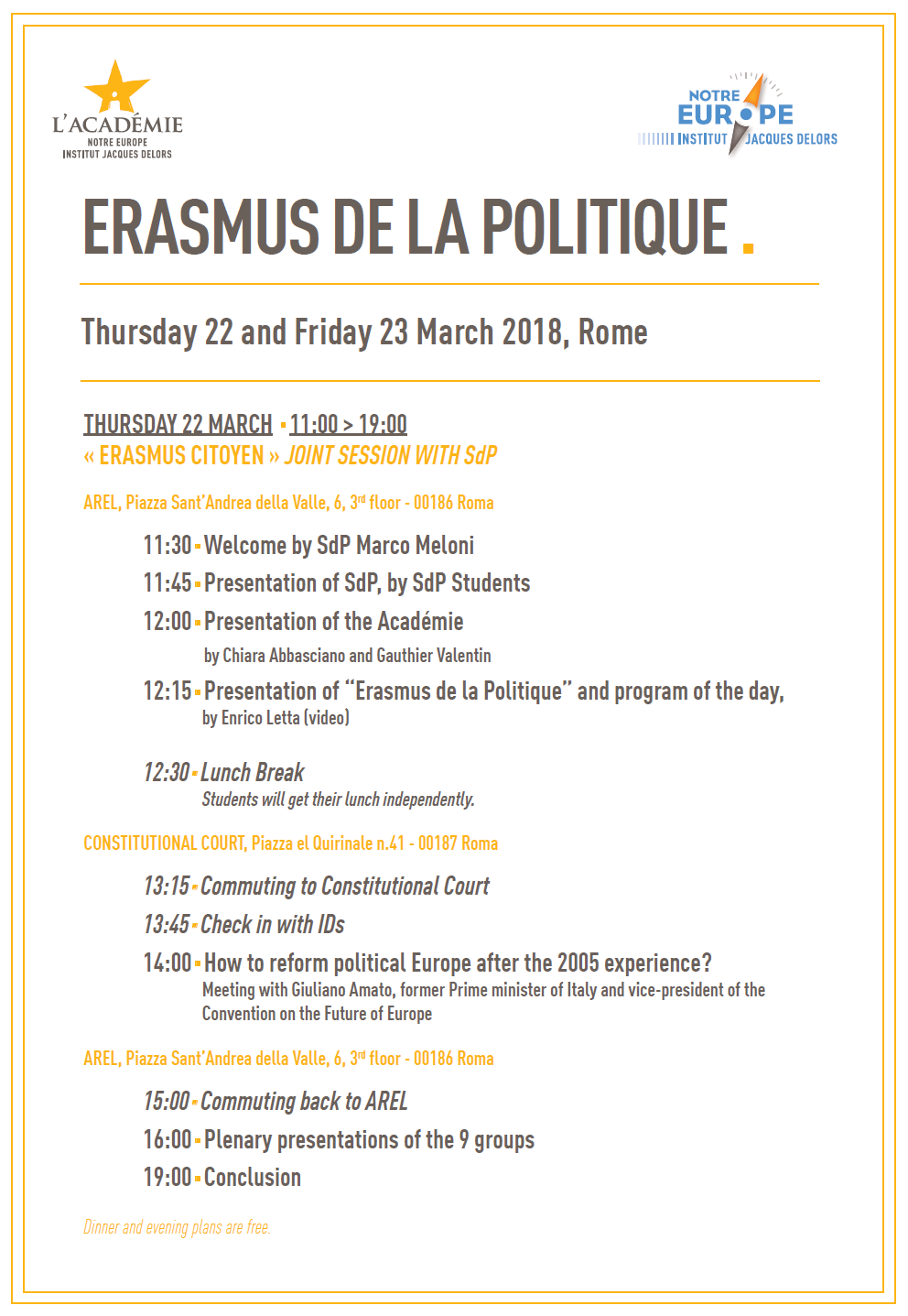