Public opinion in Greece & the EU 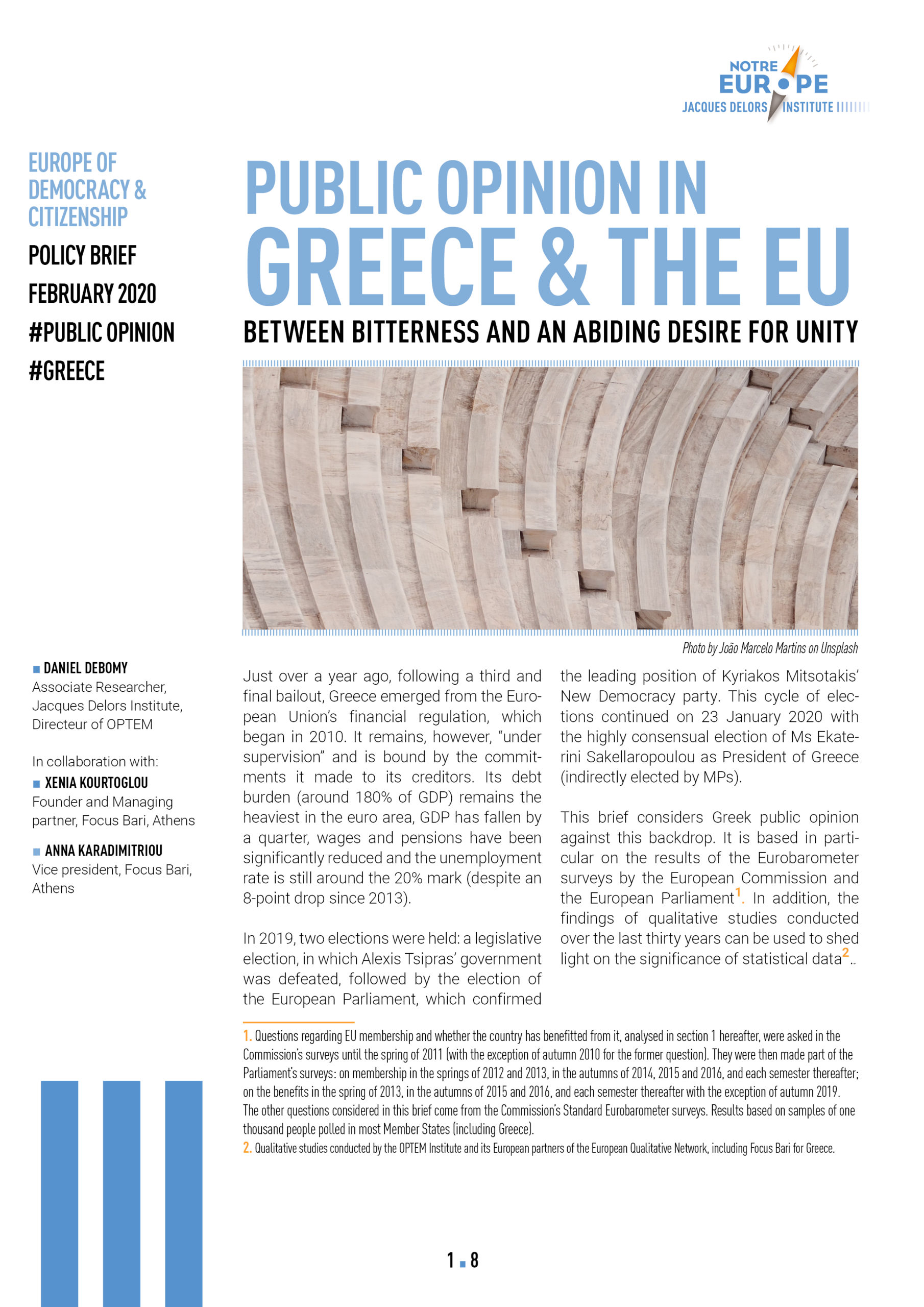 BETWEEN BITTERNESS AND AN ABIDING DESIRE FOR UNITY

Just over a year ago, following a third and final bailout, Greece emerged from the European Union’s financial regulation, which began in 2010. It remains, however, “under supervision” and is bound by the commitments it made to its creditors. Its debt burden (around 180% of GDP) remains the heaviest in the euro area, GDP has fallen by a quarter, wages and pensions have been significantly reduced and the unemployment rate is still around the 20% mark (despite an 8-point drop since 2013).
In 2019, two elections were held: the election of the European Parliament, which confirmed the leading position of Kyriakos Mitsotakis’ New Democracy party, followed by a legislative election, in which Alexis Tsipras’ government was defeated. This cycle of elections continued on 23 January 2020 with the highly consensual election of Ms Ekaterini Sakellaropoulou as President of Greece (indirectly elected by MPs).
This brief considers Greek public opinion against this backdrop. It is based in particular on the results of the Eurobarometer surveys by the European Commission and the European Parliament. In addition, the findings of qualitative studies conducted over the last thirty years can be used to shed light on the significance of statistical data.