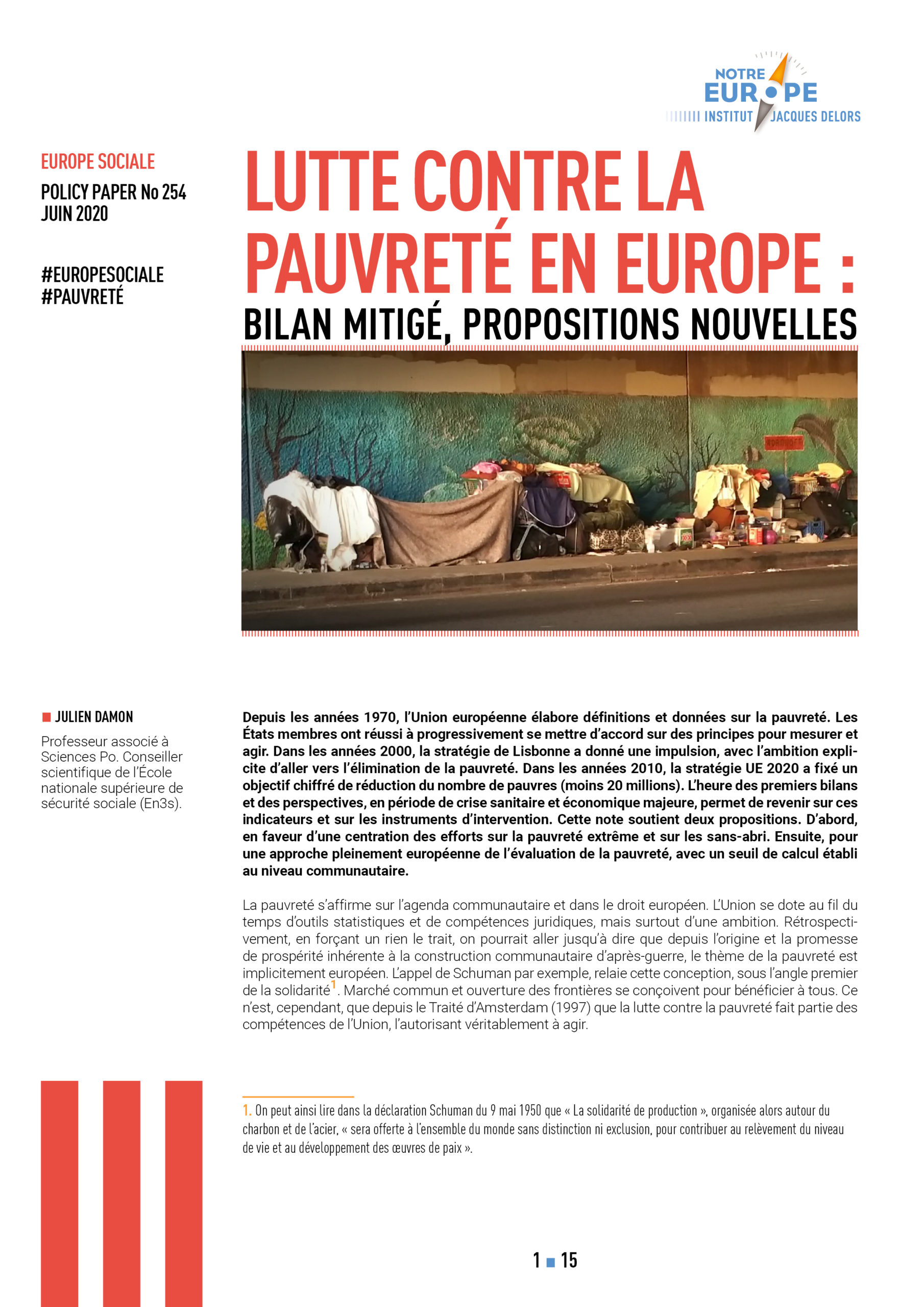 Since the 1970s, the European Union has been elaborating definitions and data on poverty. The Member States have managed to gradually agree on guidelines to measure and to act. In the 2000s, the Lisbon Strategy provided new impetus, with the explicit ambition of moving towards eliminating poverty and in the 2010s, the Europe 2020 strategy set a quantified target of reducing the number of poor people (20 million less). The moment of truth for the first reviews and perspectives, coming at a time of a major health and economic crisis, makes it possible to review these indicators and intervention tools. This note supports two proposals. Firstly, in favour of concentrated efforts on extreme poverty and on the homeless. Secondly, for a truly European approach to assessing poverty, with a calculation threshold set at EU level.

Poverty is a growing priority on the EU agenda and in European law. Over time, the EU has become equipped with statistical tools and legal powers, but above all it has set itself an ambition. With hindsight, by exaggerating ever so slightly we could go so far as to say that since the beginning and the promise of prosperity inherent to the post-war construction of Europe, the theme of poverty has been implicitly European. Schuman’s call, for example, conveys this vision, from the point of view of solidarity. The common market and the opening of borders were designed for the benefit of all. It was not until the Treaty of Amsterdam (1997) however, that combating poverty became one of the powers of the EU, thus truly allowing it to act.

“The fight against poverty and social exclusion is one of the key commitments of the European Union and its Member States”. This statement, dating back to 2008, solemnly enshrines the importance of the topic for the EU, by announcing the European Year for Combating Poverty and Social Exclusion (2010). It should be noted from the outset that there are many possible distinctions between exclusion and poverty. According to the different interpretations, one may be a synonym, dimension or extension of the other. The European choice consists in considering income poverty (low income) as a unique but insufficient measurement of the phenomena of exclusion. The fact remains that all the dimensions of low income and limited capacities are very often encapsulated in the term “poverty” in non-specialised EU literature. ▪▪▪