In this policy paper Bertrand de Largentaye ponders the Obama’s track record in the sphere of transatlantic relations. 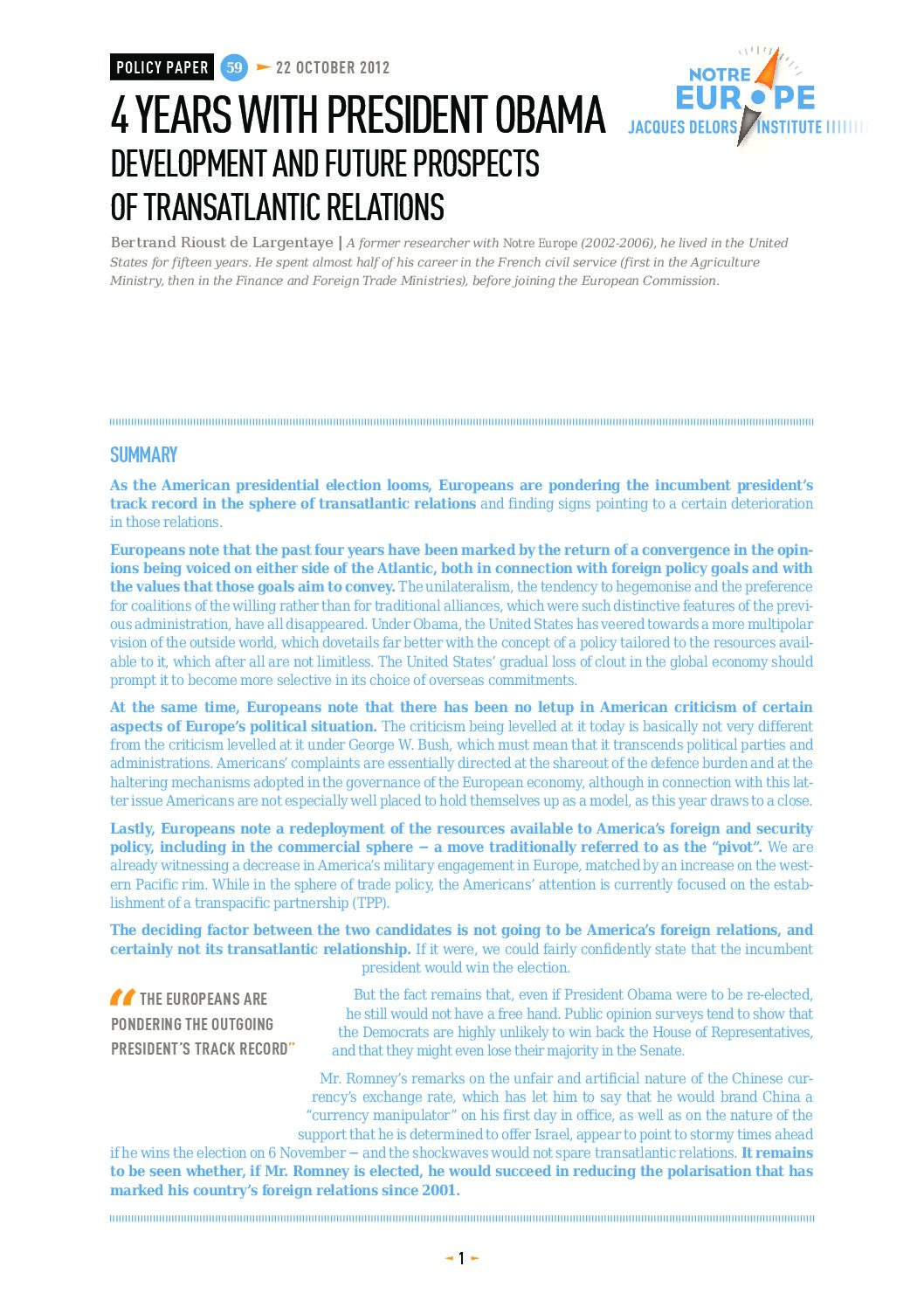 In this policy paper Bertrand de Largentaye ponders the Obama’s track record in the sphere of transatlantic relations.

Europeans note that the past four years have been marked by the return of a convergence in the opinions being voiced on either side of the Atlantic, both in connection with foreign policy goals and with the values that those goals aim to convey. At the same time, Europeans note that there has been no letup in American criticism of certain aspects of Europe’s political situation.

Lastly, Europeans note a redeployment of the resources available to America’s foreign and security policy, including in the commercial sphere – a move traditionally referred to as the “pivot”.

The deciding factor between the two candidates is not going to be America’s foreign relations, and certainly not its transatlantic relationship. It remains to be seen whether, if Mr. Romney is elected, he would succeed in reducing the polarisation that has marked his country’s foreign relations since 2001.