Power to the citizens: Conditions for a European public space?

This Synthesis by Claire Versini explains the arguments of the debate “Power to the citizens: conditions for a European public space?” organised on 20 March 2014 by Notre Europe – Jacques Delors Institute, EuroCité and Europartenaires. 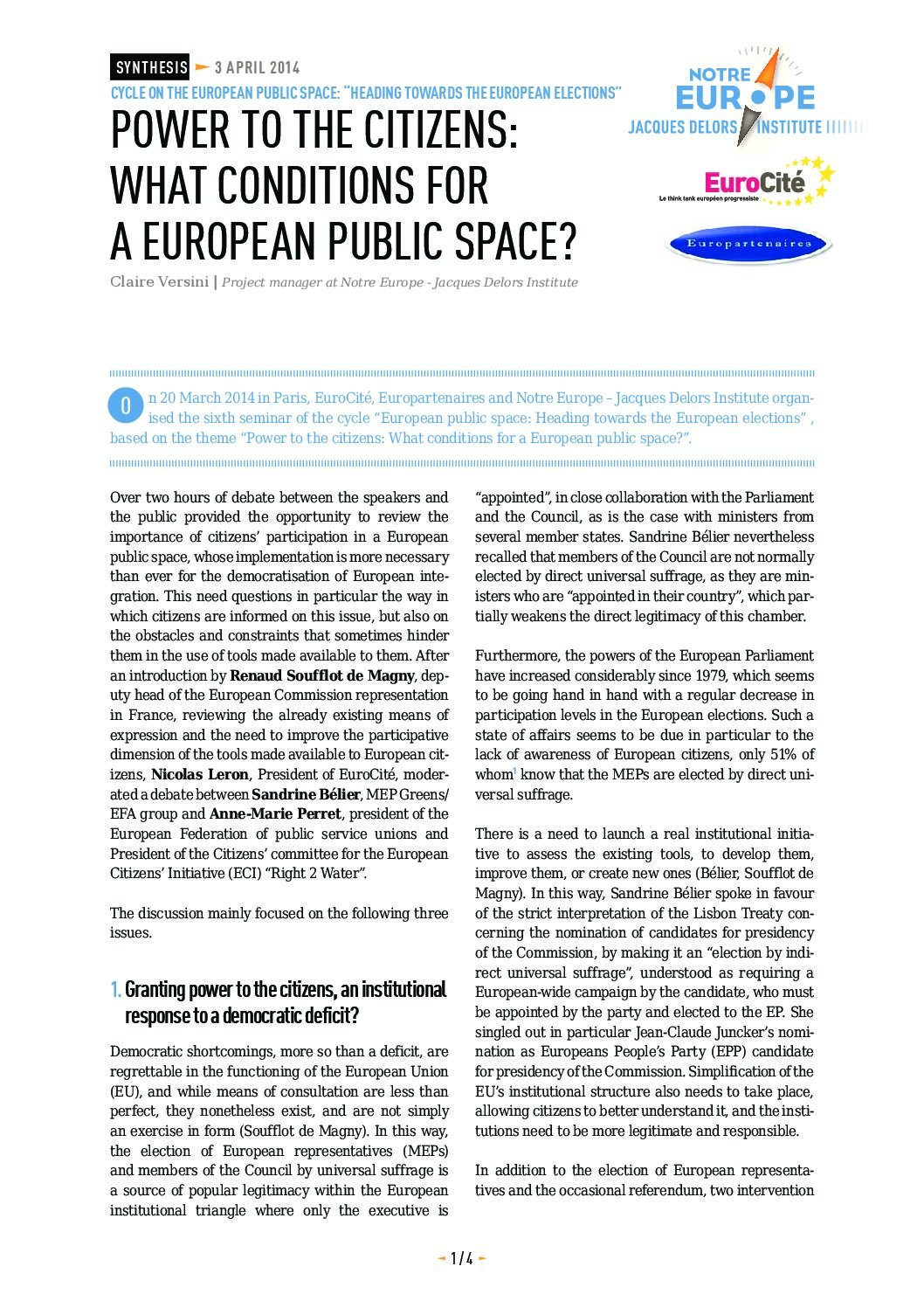 On 20 March 2014, Notre Europe – Jacques Delors Institute, in partnership with EuroCité and Europartenaires, organised the sixth seminar of the cycle “European public space: Heading towards the European elections” about “Power to the citizens: Conditions for a European public space?”.

1. Granting power to the citizens, an institutional response to a democratic deficit?
2. Taking power: a real uphill struggle for citizens
3. Neither populism, nor technocracy: how to communicate with citizens to give them the means to build a European public space?

After an introduction by Renaud Soufflot de Magny, deputy head of the European Commission representation in France, reviewing the already existing means of expression and the need to improve the participative dimension of the tools made available to European citizens, Nicolas Leron, president of EuroCité, moderated a debate between Sandrine Bélier, MEP Greens/EFA group and Anne-Marie Perret, president of the European Federation of public service unions and president of the Citizens’ committee for the European Citizens’ Initiative (ECI) “Right 2 Water”.

Notre Europe – Jacques Delors Institute, Eurocité and Europartenaires would like to thank the Representation of the European Commission in France for hosting this cycle.