Promoting structural reforms in the euro area: what for and how?

This Policy paper by Eulalia Rubio argues that there are three different rationales to promote structural reforms in today’s EMU and discusses which type of policy response would be more appropriate to address each of them. 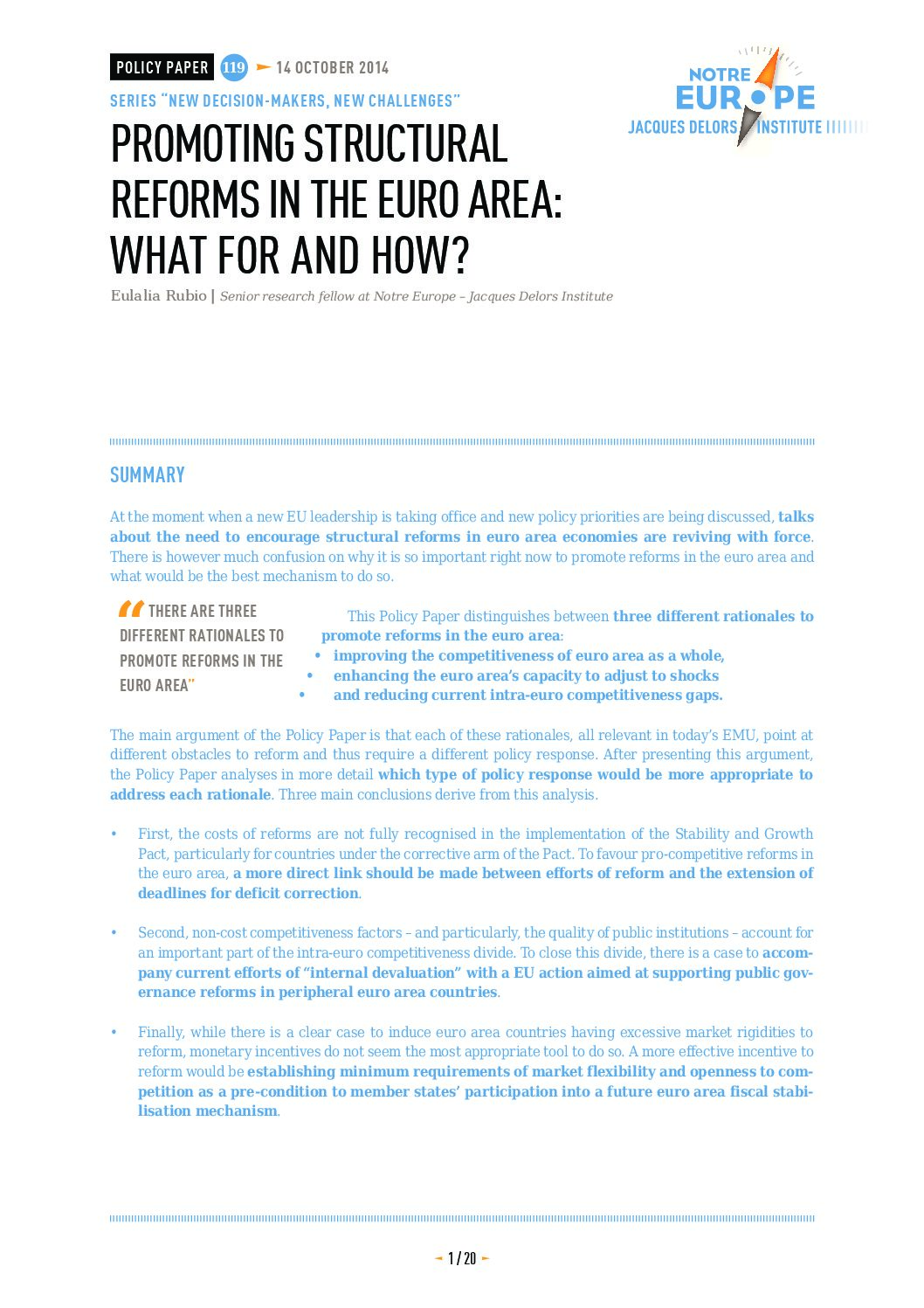 At the moment when a new EU leadership is taking office and new policy priorities are being discussed, talks about the need to encourage structural reforms in euro area economies are reviving with force. There is however much confusion on why it is so important right now to promote reforms in the euro area and what would be the best mechanism to do so.

This Policy paper by Eulalia Rubio distinguishes between three different rationales to promote reforms in the euro area:
1. improving the competitiveness of the euro area as a whole,
2. enhancing the euro area’s capacity to adjust to shocks
3. and reducing intra-euro competitiveness gaps.
The Policy paper discusses the relevance of these three objectives in today’s EMU and analyses which policy response would be more appropriate to address each of them.

First, the costs of reforms are not fully recognised in the implementation of the stability and growth pact, particularly for countries under the corrective arm of the pact. To improve the competitiveness of the euro area, a more direct link should be made between efforts of reform and the extension of deadlines for deficit correction.

Second, while there is a clear case for inducing euro area countries having excessive market rigidities to reform, monetary incentives do not seem the most appropriate tool to do so. To effective incentive to reform would be establishing minimum requirements of market flexibility and openness to competition as a pre-condition to member states’ participation into a future euro area fiscal stabilisation mechanism.

Third, non-cost competitiveness factors – and particularly, the quality of public institutions – account for an important part of the current intra-euro competitiveness divide.To close this divide, there is a case to accompany current efforts of ‘internal devaluation’ with an EU action aimed at supporting public governance reforms in peripheral countries.