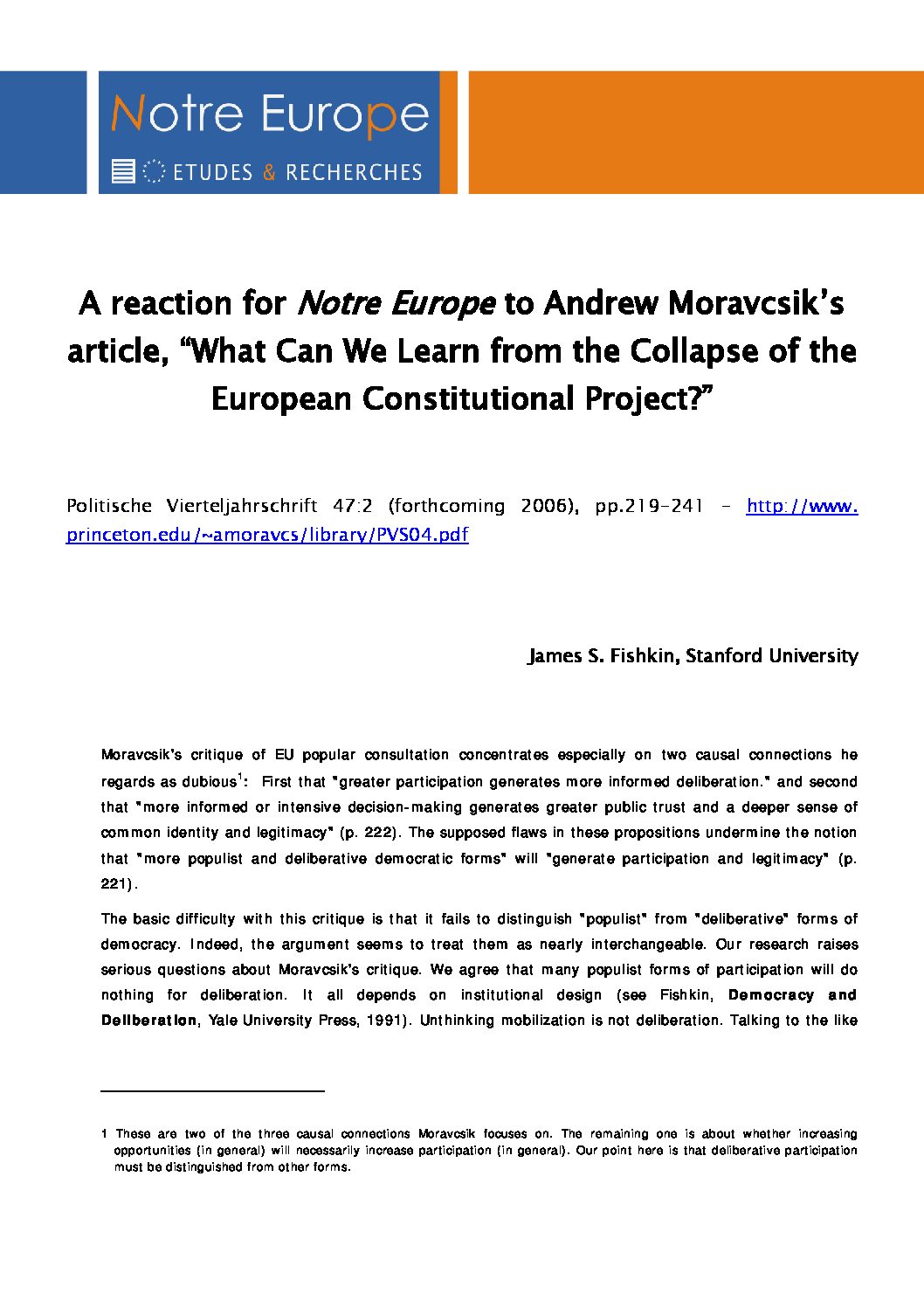 The basic
difficulty with this critique is that it fails to distinguish
“populist” from “deliberative” forms of democracy.
Indeed, the argument seems to treat them as nearly interchangeable. Our
research raises serious
questions about Moravcsik’s critique. We agree that many populist forms of
participation will do nothing for
deliberation. It all depends on institutional design (see Fishkin, Democracy
and Deliberation, Yale
University Press, 1991). Unthinking mobilization is not deliberation.Talking to the likeminded is not deliberation.
Careful structuring is required for an informed and civil exchange of views. With proper
design, we have found in Deliberative Polling research that deliberation
contributes to virtually
all of the desired aspects of citizenship. Hence we believe that Moravcsik’s
third proposition is open to
serious question (see Luskin and Fishkin, “Deliberation and Better
Citizens” on http://cdd.stanford.edu for evidence of the
effects of deliberation on several dimensions of citizenship). And in the
1995 British Deliberative Poll on EU issues, we found that citizen deliberation
increased support for
Britain’s integration into the EU. Hence Moravcsik is not correct that social
science research routinely supports the
notion that public discussion will necessarily decrease the legitimacy of the
European Union. These are
open, empirical questions. Sometimes deliberative public discussion has clearly
increased it.

We agree
that increasing populism may not serve deliberation. If there had been
something more recognizable
as citizen deliberation on the constitution, then perhaps some of the other
aims of EU citizenship
would have been achieved. Our experiments with Deliberative Polling certainly
suggest that. Hence
televised microcosmic deliberation combined with appropriate strategies for
extending the reach of such efforts
to the broader public might have led to a different debate and perhaps a
different outcome. In any case, a
retreat to an elites-only discussion will not serve EU legitimacy, while
movement toward deliberative
involvement by the public, rather than merely populist involvement, may do so.