Notre Europe – Jacques Delors Institute publishes the synthesis of the round table entitled “No monetary union without a political union?” organised during the annual meeting of its European Steering Committee on 24 November 2012. 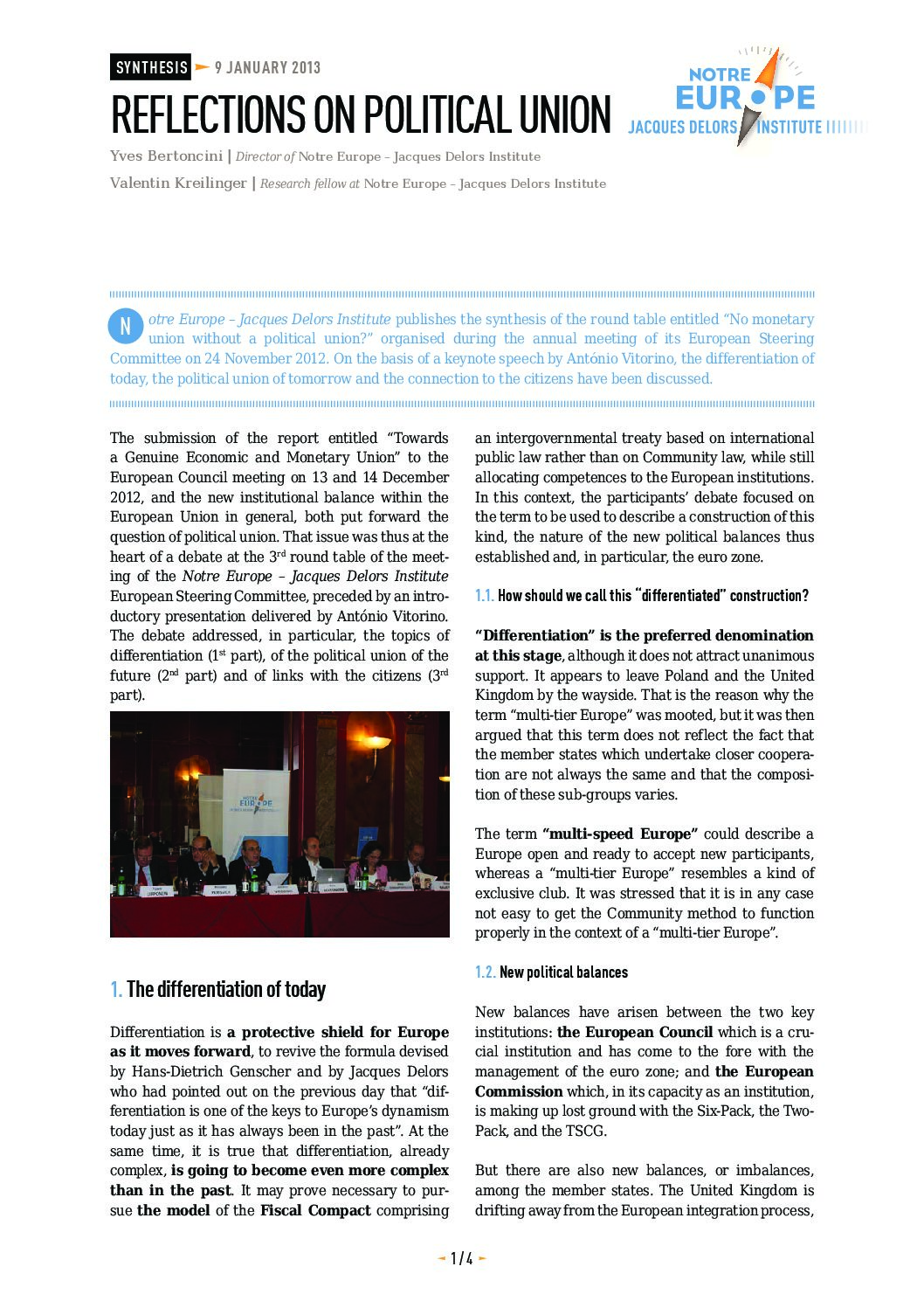 Notre Europe – Jacques Delors
Institute publishes
the synthesis of the round table entitled “No monetary union without a
political union?” organised during the annual meeting of its European
Steering Committee on 24 November 2012.

On the basis of a keynote speech by
António Vitorino, the differentiation of today, the political union of tomorrow
and the connection to the citizens have been discussed. These questions are particularly
important in the context of the new institutional balance within the European
Union in general and the report entitled “Towards a Genuine Economic and
Monetary Union” at the European Council meeting on 13 and 14 December 2012.

A final declaration, entitled “The
Eurozone, core of a political union”, was adopted. This declaration was
translated into several European languages and published in more than 10 media
all over Europe, so as to contribute to an essential debate, to be deepened in
the perspective of the June 2014 European elections.