Reforming the EU budget in times of crisis

This Tribune by Yves Bertoncini underlines the main issues at stake in the perspective of the extraordinary European Council which is to take key decisions on the EU budget for the post 2013 period. It is based on his opening adress in an expert seminar co-organised by Notre Europe – Jacques Delors Institute in Roma on the 30th of October 2012 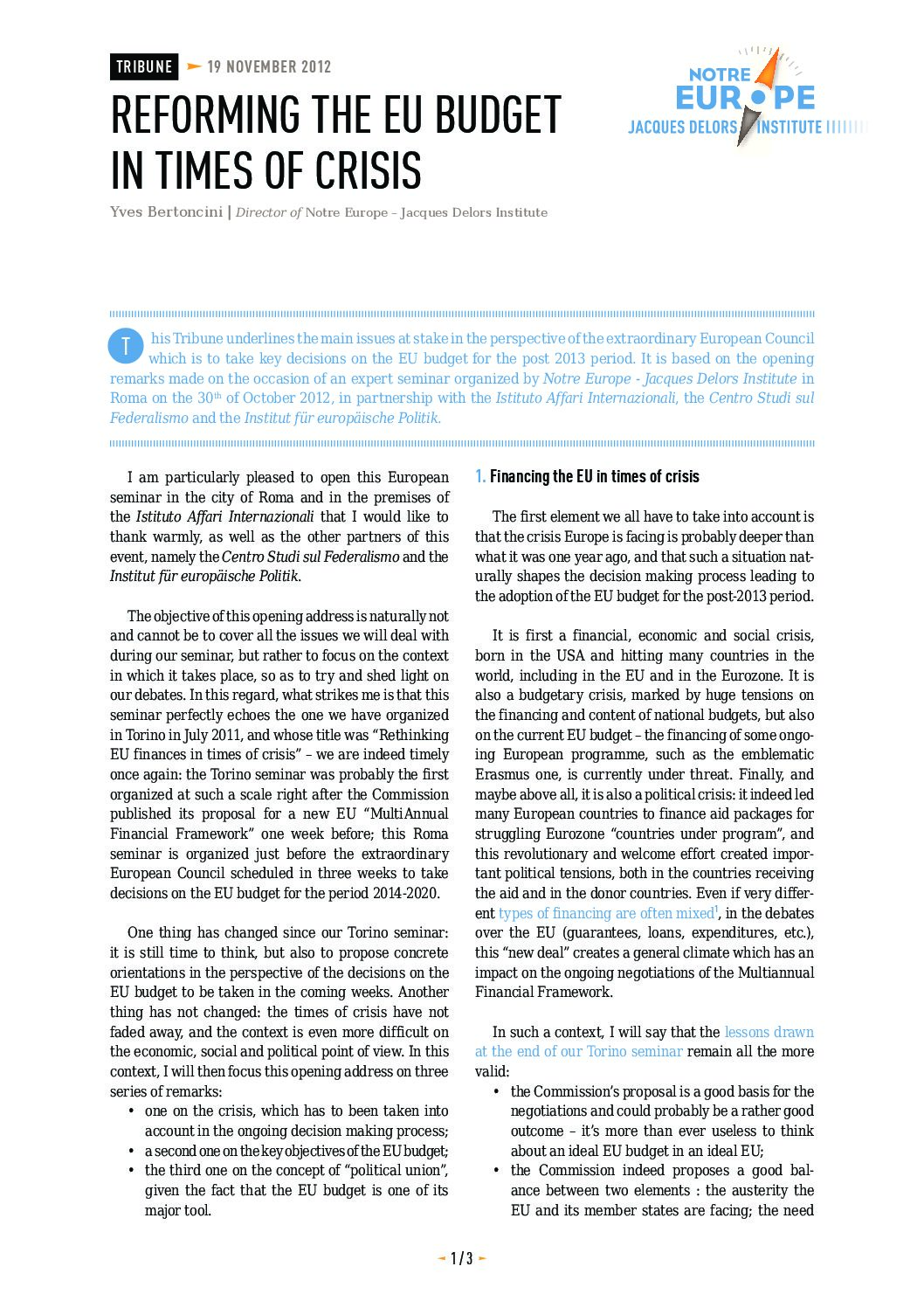 This tribune by Yves Bertoncini underlines the main issues at stake in the perspective of the extraordinary European Council which is to take key decisions on the EU budget for the post 2013 period.

It is based on three
series of remarks:

–
one on the crisis, which has to be taken into account in the ongoing decision-making process;

– a second
one on the key objectives of the EU budget;

– the
third one on the concept of “political union”, given the fact that the EU
budget is one of its major tool.

This Tribune is based on the opening remarks made on the occasion of an expert seminar organized by Notre Europe – Jacques Delors Institute in Roma on the 30th of October 2012, in partnership with the Istituto Affari Internazionali, the Centro Studi
sul Federalismo and the Institut für Europäische Politik.