While the management of the Schengen area has been subject of intense discussion between Member States and the European institutions, Notre Europe and the European Policy Center organised on 20 September 2012 a debate on the free movement of people with Carlos Coelho, Stefano Manservisi, Yves Pascouau and António Vitorino. Notre Europe proposes the synthesis of this debate 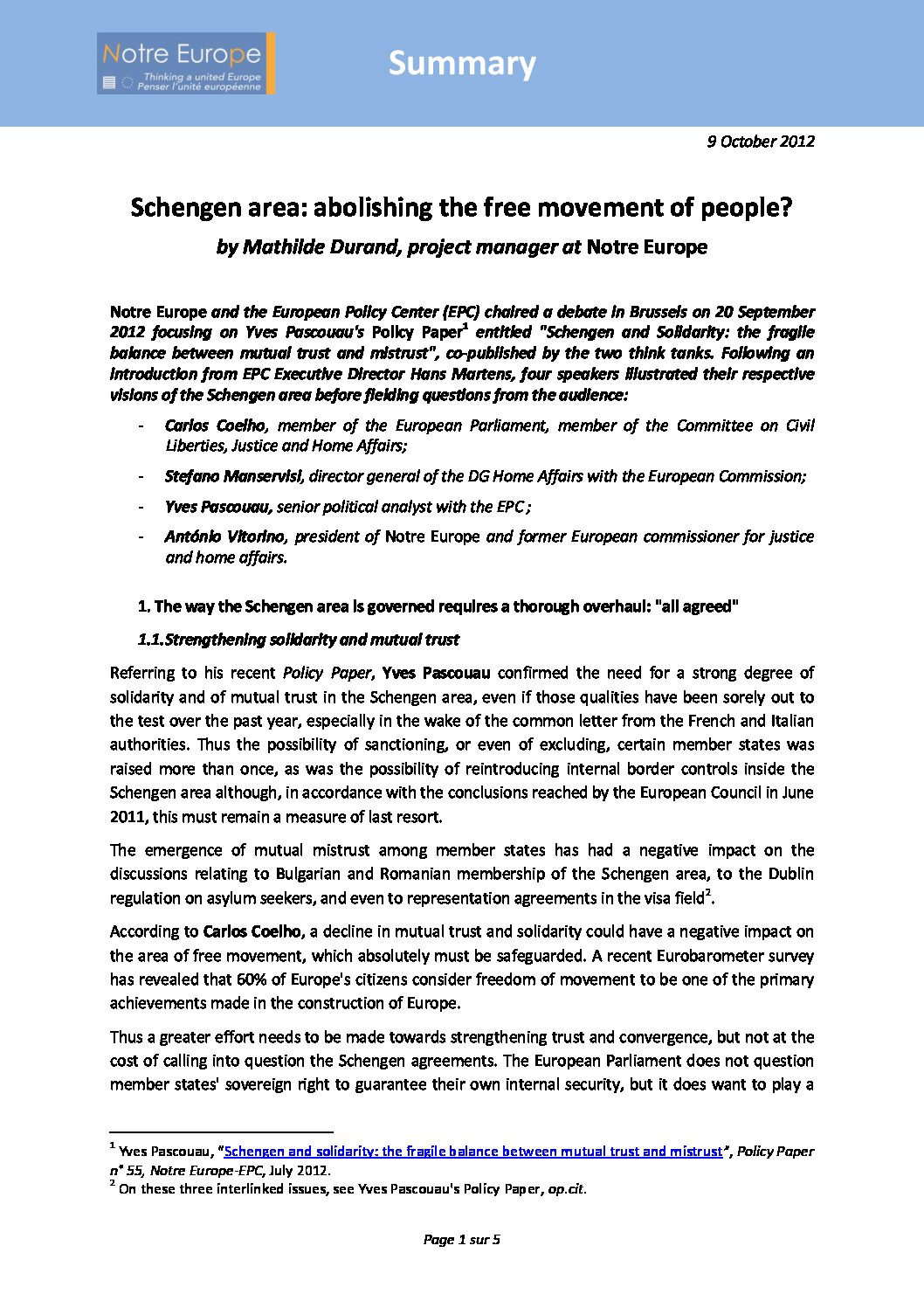 While the management of the Schengen area has been subject of intense discussion
between Member States and the European institutions, Notre Europe and the European Policy Center (EPC) organised on 20
September 2012 a debate on the free movement of people.

Four speakers illustrated their respective visions of the Schengen area:

?
Carlos Coelho, member of the European Parliament,
member of the Committee on Civil Liberties, Justice and Home Affairs;

?
Stefano Manservisi, Director General of the DG Home
Affairs with the European Commission;

?
Yves
Pascouau,senior political
analyst with the EPC and author of the Policy Paper “Schengen and solidarity: the fragile
balance between mutual trust and mistrust” co-published by Notre Europe and EPC ;

The debate ended with a presentation of the results of an opinion poll on
the freedom of movement conducted among the audience.