Setting up and governing the euro

Pascal Lamy looks back on the setting up of the euro, underlines the fragile aspects of the European system and suggests solutions to prevent any other crisis, in an article published by the French revue “Regards croisés sur l’économie”, whose English translation is offered by Notre Europe. He also mentions the importance of a better cultural crossover to ensure a proper functioning of the European Union. 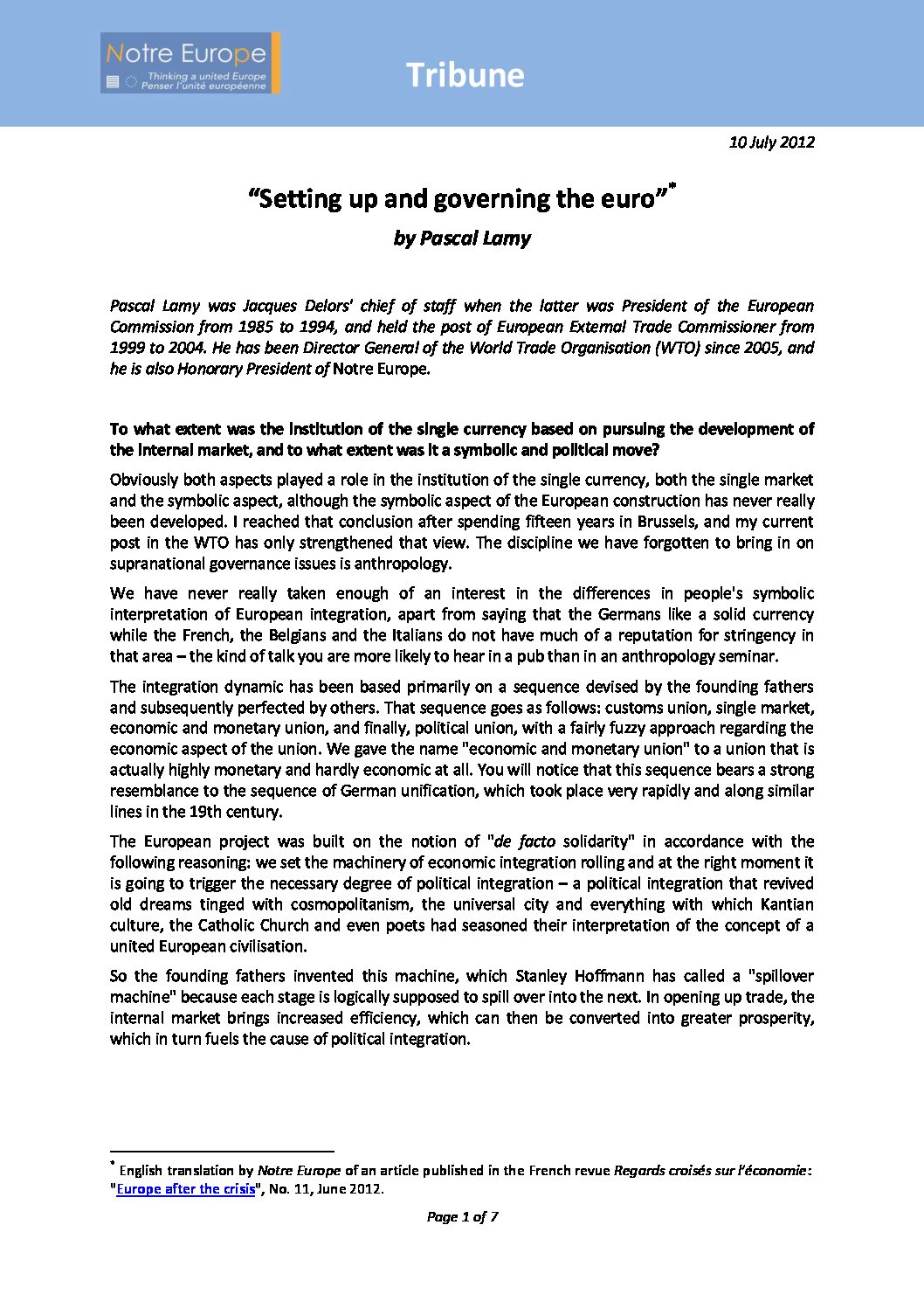 As the debt crisis gives rise to many questions on the economic governance of the euro zone, Pascal Lamy, Director General of the WTO and Honorary President of Notre Europe, looks back on the conditions leading to the setting up of the EMU.

He first underlines that the setting up of the euro was based not only on a single market but also on a symbolic aspect, although it has never really been developed. After having recalled the different stages leading to the EMU, he recalls the positive and negative impact of the euro and the debate on the statute of the ECB.

According to Pascal Lamy, the European crisis is an “integration crisis” based notably on a lack of cultural crossover between member states that led to cover up some aspects which might then reveal problematic.

As the European integration process rests on identity-building mechanisms that are extremely slow, the crisis calls for a broader Communitarisation of a number of economic functions, despite identity reflexes based on protectionism and on proximity that spawned among citizens.