Tackling the coronavirus crisis:
how can the EU budget help? 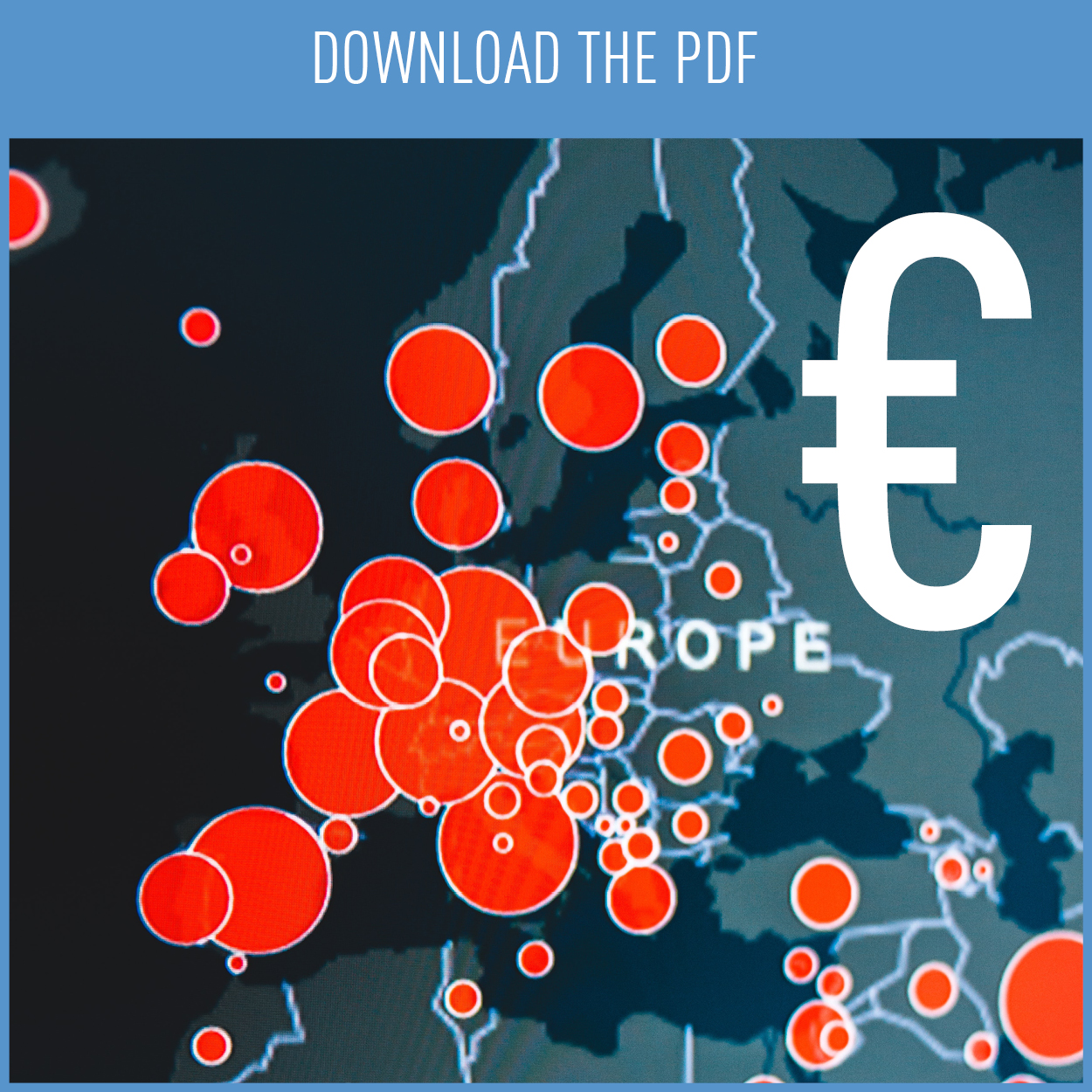 The spread of COVID-19 across Europe has prompted calls for a coordinated European fiscal response to support Member States’ healthcare systems and prevent a major economic recession. Given its small size, rigidity and other features – such as the fact that it cannot be financed through deficits – the EU budget is not the right instrument on which to build this response. Yet, it remains the only budgetary instrument the EU institutions have to hand and it should logically be mobilised as much as possible to fight this crisis.

On Friday 13th March, the Commission presented a package of measures to respond to the COVID-19 outbreak. As part of this package, it proposed the set-up of a €37bn “Coronavirus Response Investment Initiative” financed through the EU cohesion policy funds. This blogpost discusses the “Coronavirus Response Investment Initiative” proposal, explores other possible ways through which the EU budget can be mobilised in response to the crisis and makes some general reflections on the implications of this crisis for the negotiation of the 2021-2027 EU budget.

The Coronavirus Response Investment Initiative consists of a series of measures aimed at facilitating the frontloading and redirection of unused cohesion policy funds to fight against the coronavirus. In particular:

The total amount of unused pre-financing cash to be recovered this year would have been €8bn. Instead, Member States will be required to use these €8bn to finance three types of eligible actions in response to the crisis: corona-related health expenditures, support to SME working capital and short-term employment schemes. They will apply the usual national co-financing rate to finance these actions. In view of the average co-financing rates across Member States, the Commission estimates that these €8bn will trigger the release and use of some €29bn of additional funding across the EU, thus reaching a total amount of €37bn.

The proposal has been judged insufficient by many experts. It has been criticized for not implying additional EU funding as well as the fact that it does not involve any mutualisation of risks. In effect, the distribution between Member States will depend on the amounts of unused pre-financing available in each country and not on criteria related to the gravity of the COVID-19 crisis. As a result, the first beneficiaries are Poland and Hungary, two countries relatively spared so far from this crisis.

These criticisms are well-founded, but the proposal has an important advantage.  Using existing programmes rather than creating something “ex novo” ensures the quick disbursement of EU funds in support of the crisis. Besides, acting through the EU cohesion policy allows the Commission to rely on a well-structured system for planning, implementation and monitoring of the use of EU funds according to local needs.

In fact, the “Coronavirus Response Investment Initiative” is similar to the measures adopted in 2008 in response to the global financial and economic crisis. At the time, the Commission also proposed to accelerate and facilitate the take-up of EU structural funds to boost the cash flow to national and regional cohesion authorities[1]. As we were at the start of the Multi-Annual Financial Framework (MFF), this was done by increasing the pre-financing amounts for 2009 rather than allowing Member States to retain the unused pre-financing cash. The result was an additional €6.2bn of cash available in early 2009 for national and regional cohesion authorities, on top of the €5bn already advanced[2]. This was complemented with other measures, such as more flexibility to reallocate spending or to apply state aid rules. In 2010, a review conducted by the Commission concluded that these measures had been welcomed to a great extent by the Member States and that the impact had been quite positive[3].

Finally, it is important to acknowledge that we are now at the end of the current MFF period. Consequently, the possibilities to frontload EU funding are more limited. In 2008, in addition to changes to EU cohesion funding, the Commission proposed to revise the Financial Framework to move €5bn from the 2009 and 2010 budgets to the 2008 budget in order to finance transnational energy infrastructure. This cannot be replicated this time as we are in the last year of the current MFF.

Can we do more with the current EU budget?

This does not mean that nothing else can be done to mobilise extra EU funding in response to the crisis. To start with, the Commission has announced other measures alongside the “Coronavirus Response Investment Initiative”:

In addition to these measures, there could be other possible ways to release additional EU funding in response to the COVID-19 crisis.

It is too early to assess how this crisis will affect the EU budget after 2020. The Commission has already announced that it will propose changes in the MFF proposal to address the crisis but we still do not know the details of these proposals. One thing is clear: with all three EU institutions (the Commission, the Council and the Parliament) in crisis management mode and all institutional resources deployed to combat the crisis, the risk of being confronted with a MFF no-deal scenario at the end of 2020 is increasing. Under these circumstances it is not surprising that the European Parliament is urging the Commission again to draw up a contingency plan to prolong current spending through 2021.

Apart from that, a lesson to be drawn from this crisis is the importance of increasing the flexibility of the EU budget. In today´s world, with changing economic and climate conditions and in a context of globalisation, it is no longer possible to freeze EU spending priorities for a long seven-year period. The Commission has proposed some minor improvements to existing flexibility provisions but they have been rejected or watered down by the Council. Thus, for instance, the Council refuses to organise a mid-term review of the MFF – an idea endorsed by the Parliament – and the latest MFF proposal put forward by Charles Michel reduces the size of the Flexibility Instrument and the European Globalisation Adjustment Fund.

The Council should re-think its position on flexibility. It should accept to undertake a major spending review in the middle of the MFF and strengthen the existing flexibility instruments. It would be also very welcome if the Council and the Parliament agree to re-install into the future MFF regulation the provision that existed in previous MFF regulations, which allowed the revision of the MFF ceilings upwards by 0.03% of EU GNI with the Council acting under majority voting. This would be very useful to deal with possible new crises.

These are not revolutionary changes but pragmatic moves that can be adopted in the context of the ongoing MFF negotiations. It is time to take bold actions, and this also applies to MFF negotiators. A more flexible but also more ambitious European budget would provide greater amounts to address exceptional circumstances, that our world may have to cope with more often nowadays.

[3] European Commission, “Cohesion Policy: Responding to the economic crisis. A review of the implementation of cohesion policy measures adopted in support of the European Economic Recovery Plan”, SEC(2010) 1291 final, Brussels, 25.10.2010

[5] According to the MFF technical adjustment for 2020

[6] In principle the own resource ceiling can be also modified but the procedure is lengthy and difficult: any reform of the Own Resource Decision requires an unanimous vote in the Council and ratification by all national parliaments.