Belgium shall assume the EU presidency between the 1st of July and the 31st of December 2001. For this particular case, there are two specific details worth bearing in mind: The first is that this presidency takes place during a crucial moment with regards to the construction of Europe. The presidency should, in effect, conclude with a “Laeken Declaration”, The second detail is that although Belgium is a small country it is accustomed to holding big presidencies. 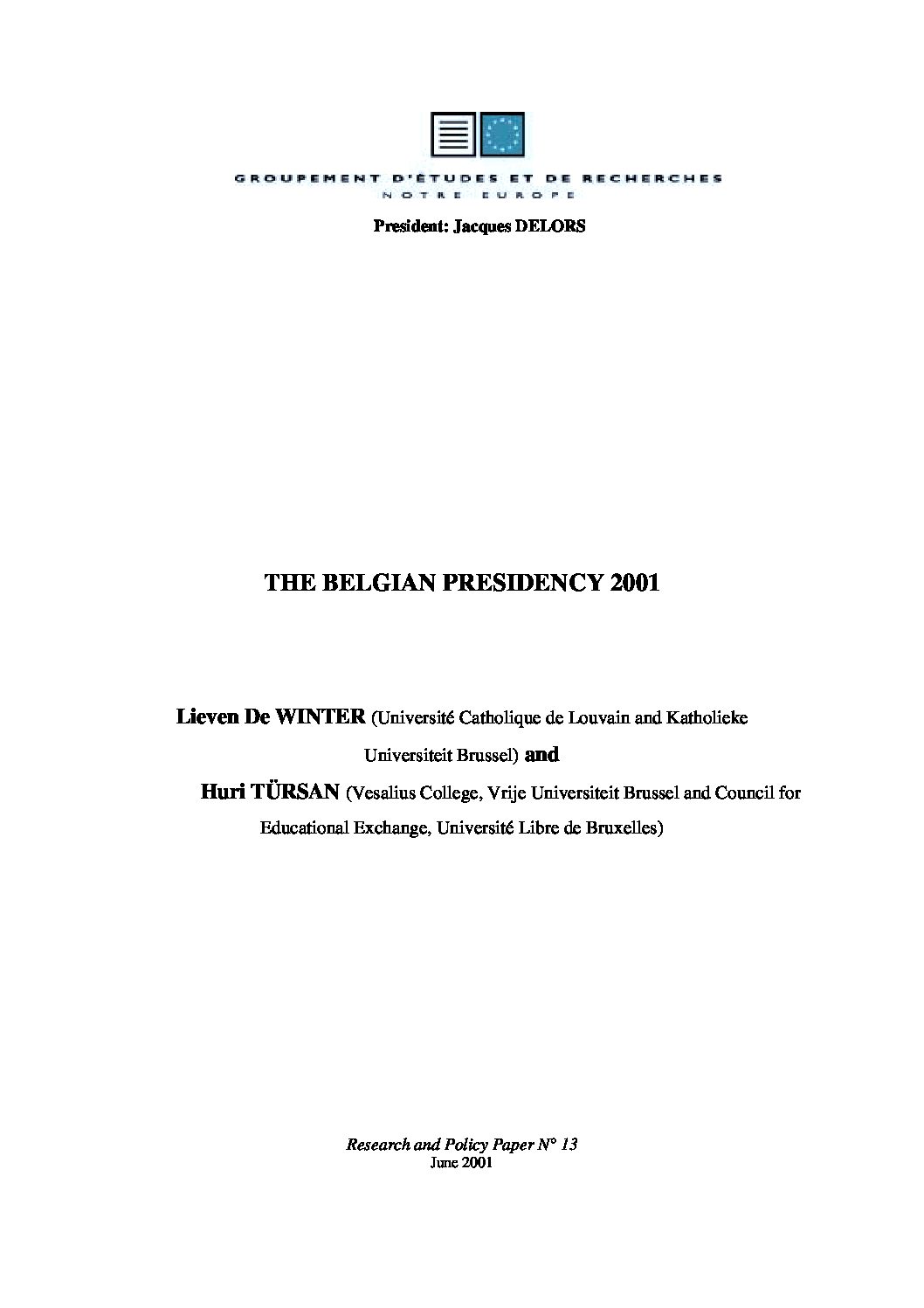 In the context of its series of studies devoted to the European debate within the country holding the Presidency of the Union, it is only natural that Notre Europe should be interested by Belgium, which shall assume this role between the 1st of July and the 31st of December 2001.

This, however, could simply be a routine task, even more so because our countries have developed during each of their presidencies their own specific visions, the diversity of which continues to be one of Europe’s riches. Nevertheless, for the particular case of Belgium, there are two specific details worth bearing in mind:

Lieven de Winter and Huri Tà¼rsan explicitly address, in their solid study, the key points of this paradox: a quasi institutionalised identification with the European project, a difficult internal experience with the construction of a form of “co-operative federalism” that respects particularly difficult and uncompronising identities, and an incontestable know how in the art of compromise and soft governance.

For my part, I would like to salute the dual recollection of the founding fathers of Europe: a “small” country can be a big country for Europe once it has mastered the alchemy of compromise between the Franco-German couple which has never exercised the functions belonging to a leadership; the construction of Europe is made through an amalgamation of future visions (the Laeken Declaration) and the relentlessness of the day to day (the 16 priorities of the Belgian Presidency). After having thanked the authors for their excellent work which also provided me, incidentally, with the opportunity to put the record straight on issues close to my heart, I shall finish on a hopeful note and with a gesture of confidence. Confidence towards a country with a great European tradition, blessed with high class diplomacy, inspired by the founding fathers or Europe.