The budgetary cost of solidarity in the euro zone: getting things clear and into perspective

In the face of the sovereign debt crisis, the Eurozone countries have put on a show of solidarity towards the countries in difficulty. This has triggered a lively debate on the costs of solidarity exercised within the Eurozone. This Policy Brief by Sofia Fernandes and Eulalia Rubio aims to clarify some points concerning the nature of the aid provided as well as its implications for national public finances. 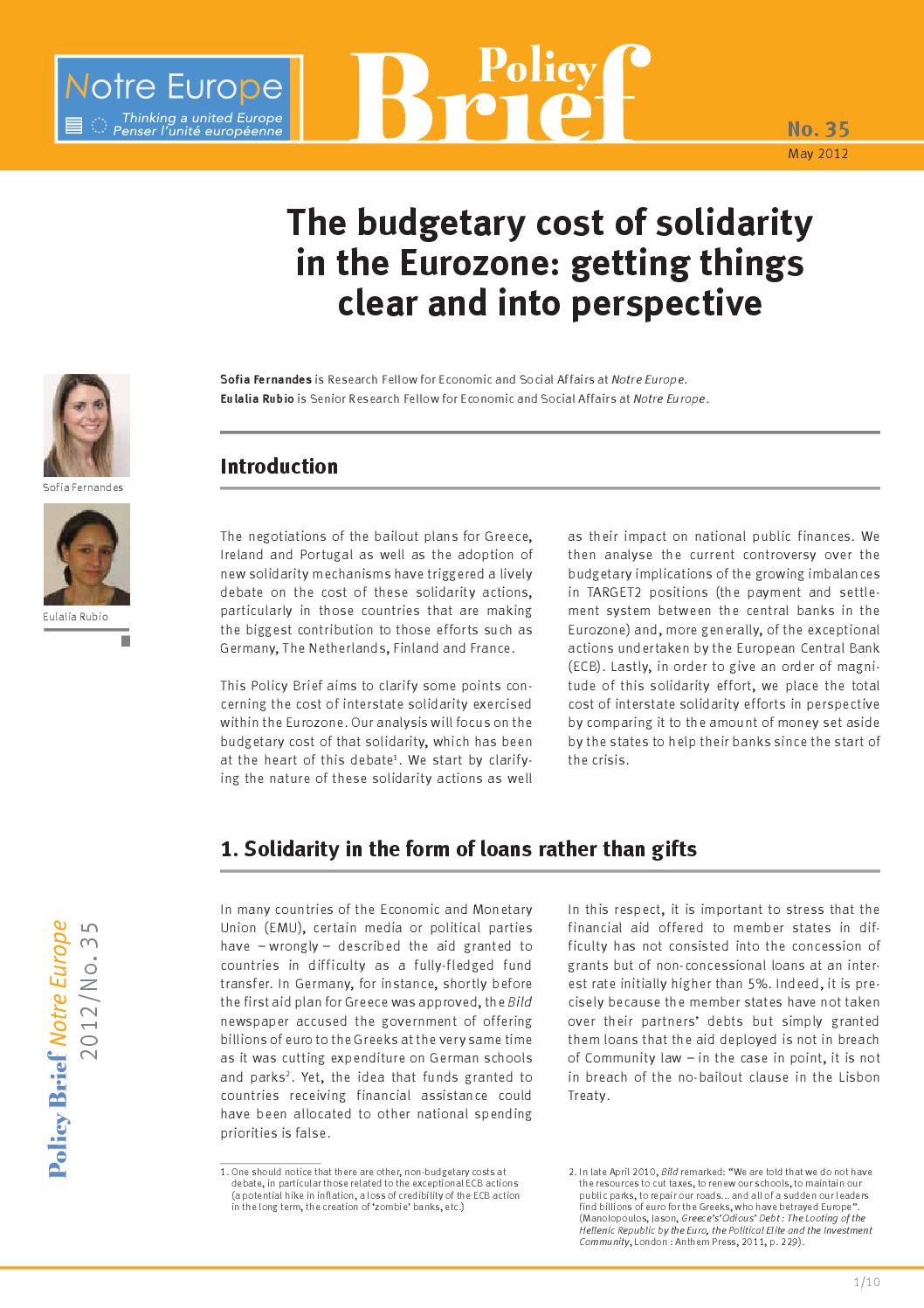 The negotiations of the bailout plans for Greece, Ireland and Portugal as well as the adoption of new solidarity mechanisms have triggered a lively debate on the cost of these solidarity actions, particularly in those countries that are making the biggest contribution to those efforts such as Germany, The Netherlands, Finland and France.

This Policy Brief by Sofia Fernandes and Eulalia Rubio aims to clarify some points concerning the cost of interstate solidarity exercised within the Eurozone. The analysis focuses on the budgetary cost of that solidarity, which has been at the heart of this debate. It first clarifies the nature of these solidarity actions as well as their impact on national public finances. Then it analyses the current controversy over the budgetary implications of the growing imbalances in TARGET2 positions (the payment and settlement system between the central banks in the Eurozone) and, more generally, of the exceptional actions undertaken by the European Central Bank (ECB). Lastly, in order to give an order of magnitude of this solidarity effort, the Policy Brief places the total cost of interstate solidarity efforts in perspective by comparing it to the amount of money set aside by the states to help their banks since the start of the crisis.