This policy paper by Daniel Debomy presents the evolution of the feelings of Europe’s citizens as regards the EU, in the context of the current crisis. It was drafted on the basis of qualitative studies and in the wake of a debate organised at the Fondation Jean-Jaurès with the representatives of opinion research institutes from 17 European countries. 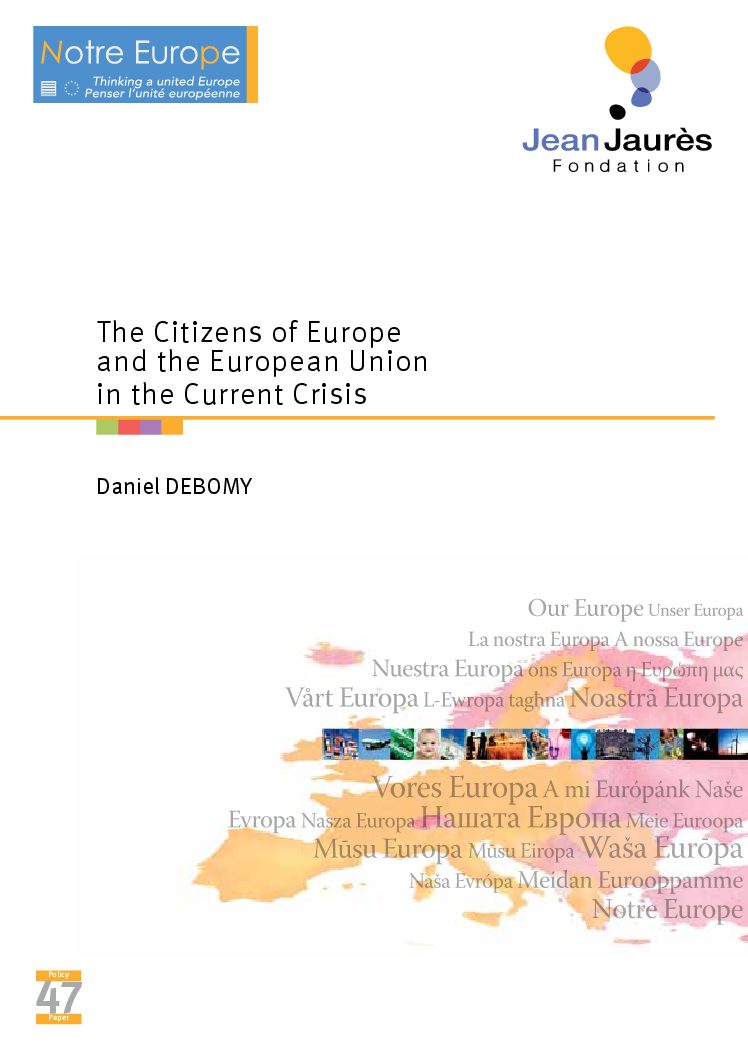 This policy paper by Daniel Debomy presents the evolution of the feelings of Europe’s citizens as regards the EU, in the context of the current crisis.
It was drafted in the wake of a debate organised at the Fondation Jean Jaurès on 27 June 2011 with the experts of opinion research institutes from 17 European countries. These institutes are members of a European network, coordinated by Optem in France, which has produced most of the European Commission’s qualitative studies over 25 years.
Based on this expertise, Daniel Debomy analyses the results of opinion surveys led in Europe during several years with the citizens, around two main questions: Generally speaking, do you think that (our country)’s membership of the European Union is a good thing?/ Taking everything into account, would you say that (our country) has on balance benefited or not from being a member of the European Union?
Daniel Debomy uses as well the opinion studies conducted in their own countries by the member of the OPTEM network, so as to better describe and characterize the specificities of the national public opinions as regards their perception of the EU.

Notre Europe proposes the English version of this « policy paper », in partnership with the Fondation Jean-Jaurès, which published its French version.