The creation of the European Food Authority: institutional implications of risk regulation

Although it is not yet fully over, the “mad cow” crisis already ranks as one of the major events of the last fifteen years of European history. It has revealed far-reaching changes in our societies’ attitudes towards food, scientific and technical advance, and acceptable risk. 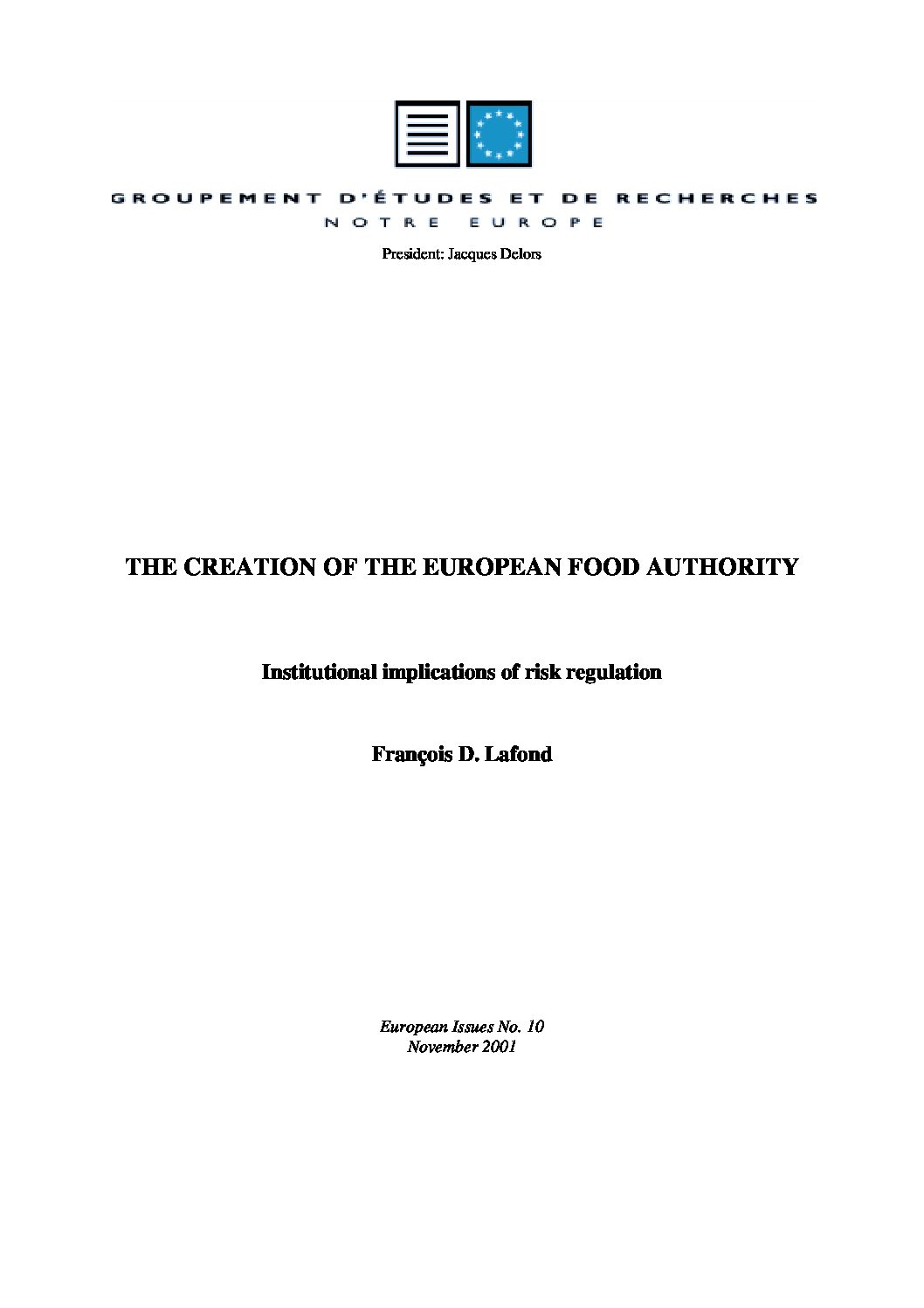 Although it is not yet fully over, the “mad cow” crisis already ranks as one of the major events of the last fifteen years of European history. It has compelled politicians and civil servants, as well as experts and producers, to review their role in ensuring food safety at both national and European Union level. More generally, it has revealed far-reaching changes in our societies’ attitudes towards food, scientific and technical advance, and acceptable risk.

For all its devastating consequences, the crisis has at least brought to the fore certain fundamental issues that had not previously been given much attention. What status should be given to scientific advice? What should be done when scientific findings are uncertain, insufficient or contradictory? Where should the responsibility of the expert stop and that of the politician begin? These are the new questions underlying the creation of the European Food Authority. Its genesis deserved to be retraced, as it offers precious insights into concerns that will be with us for some time yet.

To their credit, the current Commission and its President, as of their confirmation, set these issues as leading priorities and have now submitted an operational project. And the Member States very quickly accepted the principle of a European solution to match the geographical scale of the problem they were facing. We would like this type of conclusion – which is by no means self-evident – to be drawn more often when necessary. Areas such as combating international crime and protecting the environment spring to mind in this respect. Nevertheless, the debate is far from closed, as can be seen from François Lafond’s thorough and discerning analysis. For my part, I have noted two issues which deserve more detailed consideration. Why restrict ourselves to the area of food, since any new crisis born of the mismatch between scientific progress and our societies’ need for safety will by nature be unexpected and probably different from the “mad cow” crisis? Are we sure that drawing such a clear line between scientific advice and political decision-making dispenses us from the need for any further reflection on “risk regulation” in an uncertain environment, just when the European public’s demand for safety has never been greater?

I am grateful to François Lafond for having clarified, as far as was possible, issues which will doubtless remain sensitive for some time to come. I hope this study will contribute to promoting, within European society, that “risk culture” which the more clear-sighted among our political decision-makers are beginning to call for.