Now that negotiations on the European financial framework post-2013 have entered the final phase, the amount, the aims and the scope of the EU budget must be put into proper perspective: that is the purpose of this Viewpoint co-signed by Yves Bertoncini and António Vitorino. 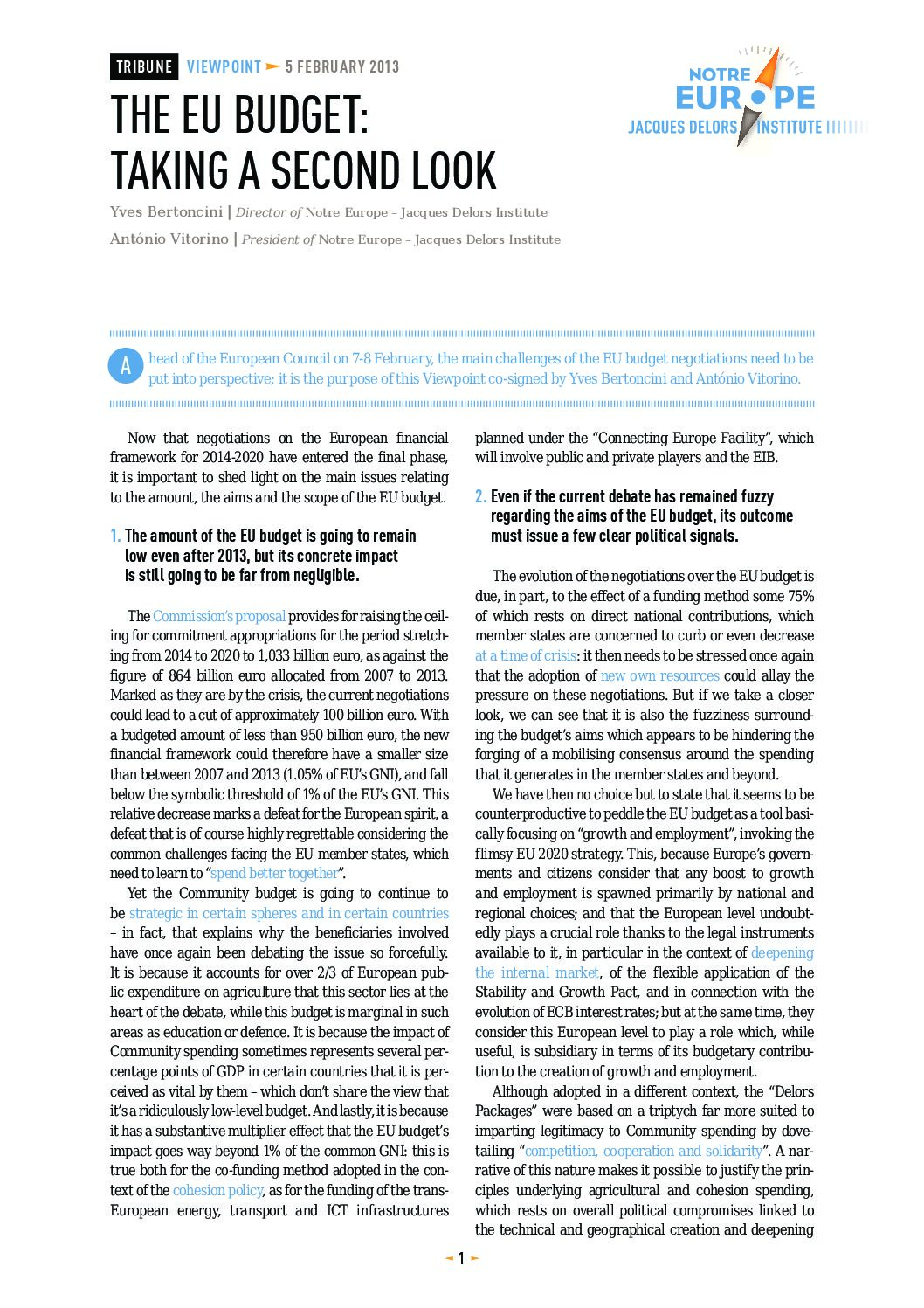 Now that negotiations on the European financial
framework for 2014-2020 have entered the final phase, it is important to get
the main issues relating to the amount, the aims and the scope of the EU budget
into proper perspective. That is the purpose of this Viewpoint co-signed by Yves Bertoncini and António Vitorino and based on three complementary statements.

1. The amount of the EU budget is going to remain low even after 2013,
but its concrete impact is still going to be far from negligible

2. Even if the
current debate has remained fuzzy regarding the aims of the EU budget, its
outcome must issue a few clear political signals

3. The compromise thrashed out at the European Council is not going to
put an end to the debate on the need to beef up European spending

Yves Bertoncini and António Vitorino conclude their Viewpoint by hoping that the negotiations can
spawn the most ambitious compromise possible and calling for another mobilisation, in favour of the implementation of a euro-zone budget devoted to the proper functioning of the EMU.