The euro zone, core of a political union

It is more important than ever to push forward the debate on “political union” relaunched by the crisis rocking the European countries: such was the conclusion of the European Steering Committee of Notre Europe – Jacques Delors Institute that gathered on 24 November 2012. We publish its declaration today. 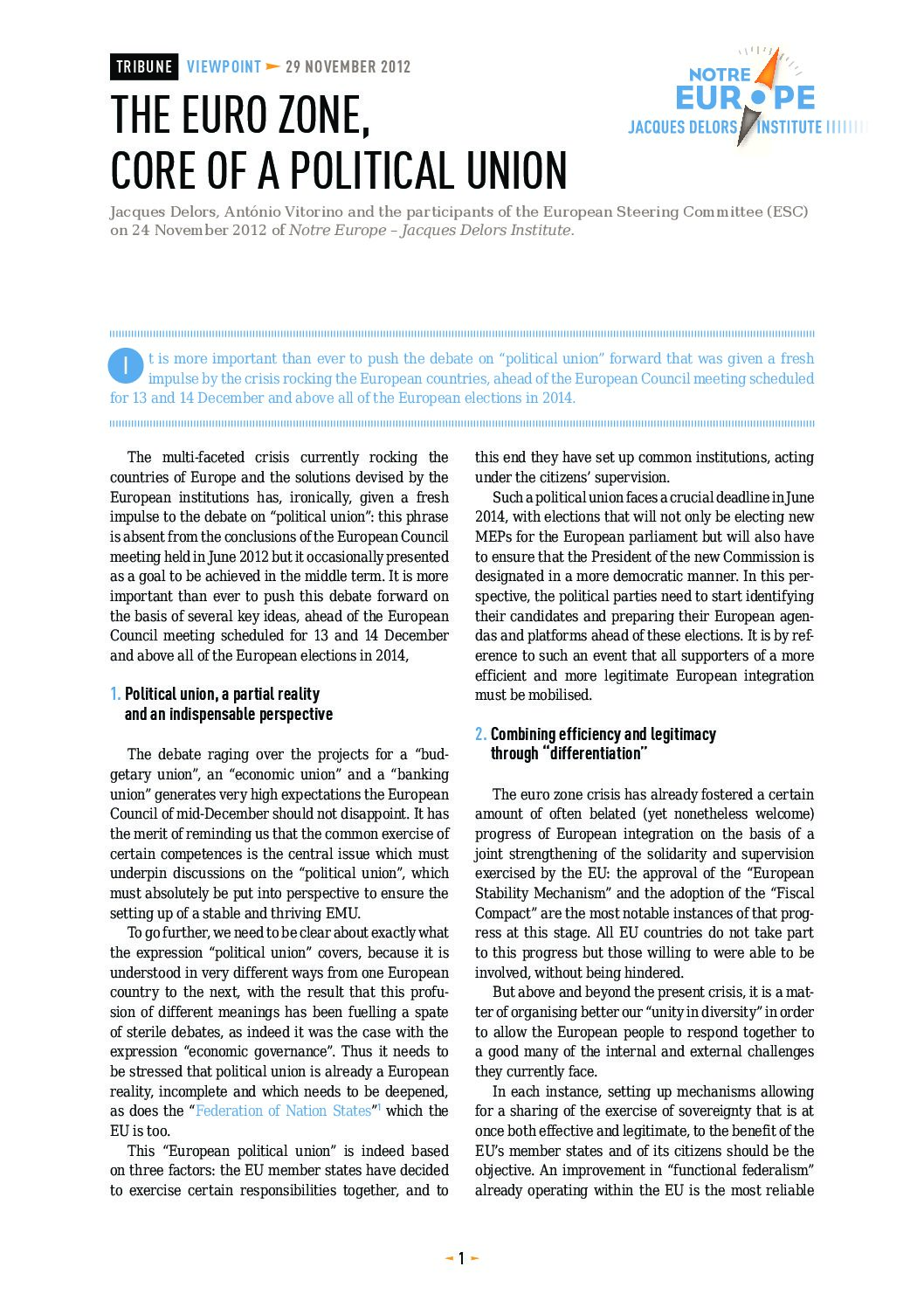 In the context of the European Council meeting scheduled for 13 and 14 December and above all, ahead of the European elections in 2014, it is more important than ever to push forward the debate on “political union” relaunched by the crisis rocking the European countries.

1. Single market: new rules urgently needed
2. What balance between austerity and growth in the euro zone?
3. Reflections on Political Union.

They conclude that it is by combining this double perspective – euro zone and EU – that EU countries will best be able to deepen their action in all fields of common interest and so deepen the “European political union”.

The European Steering Committee (ESC) Notre Europe – Jacques Delors Institute brings together high-profile European figures to discuss subjects of fundamental importance to the future of the EU. It has a role in orienting the work of Notre Europe – Jacques Delors Institute and proposes ways forward for European integration. Chaired by Jacques Delors, the ESC meets once yearly. Its deliberations are the subject of a written summary, and the joint declaration it adopts is published in numerous European national daily newspapers.

A shorter version of this tribune was published in several newspapers: 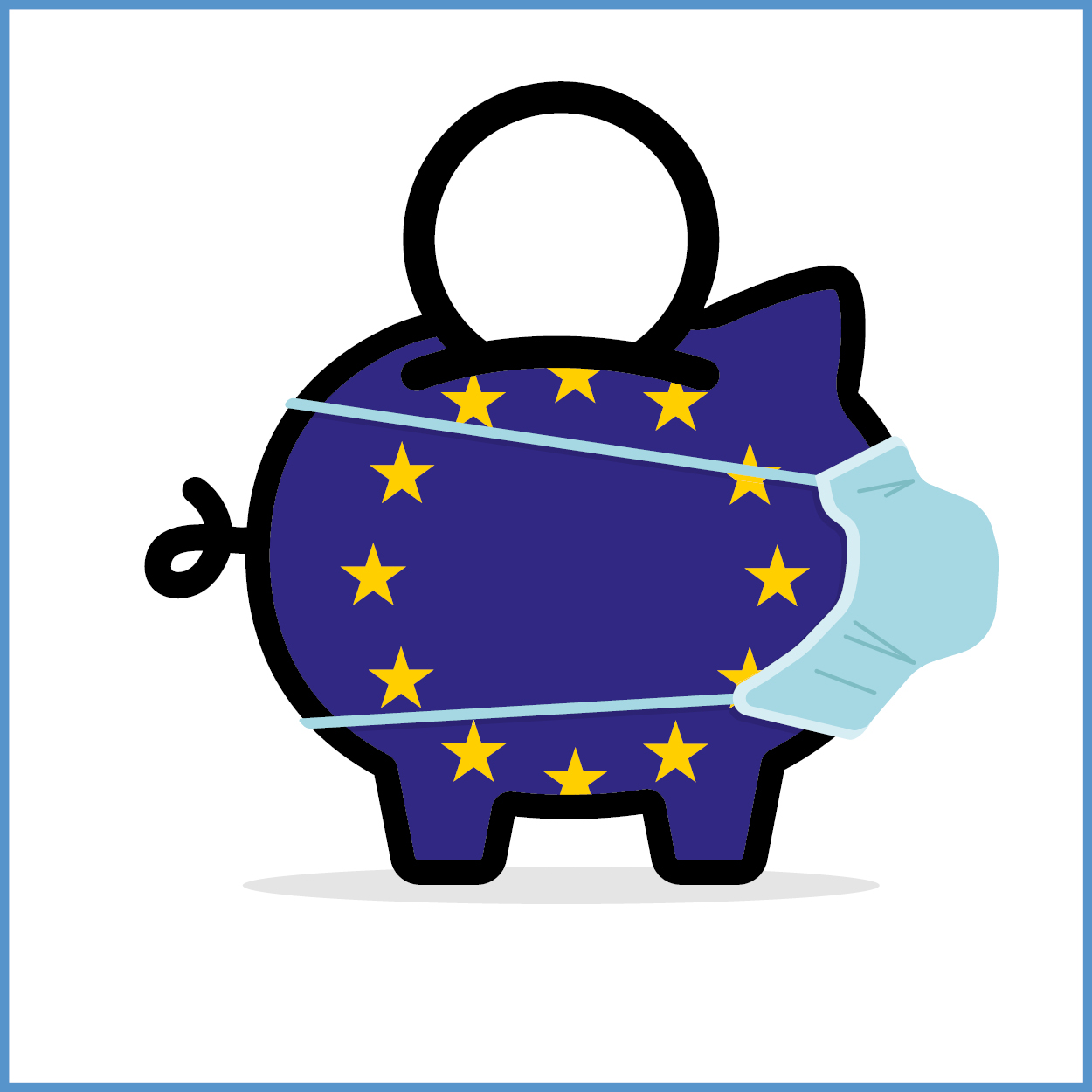 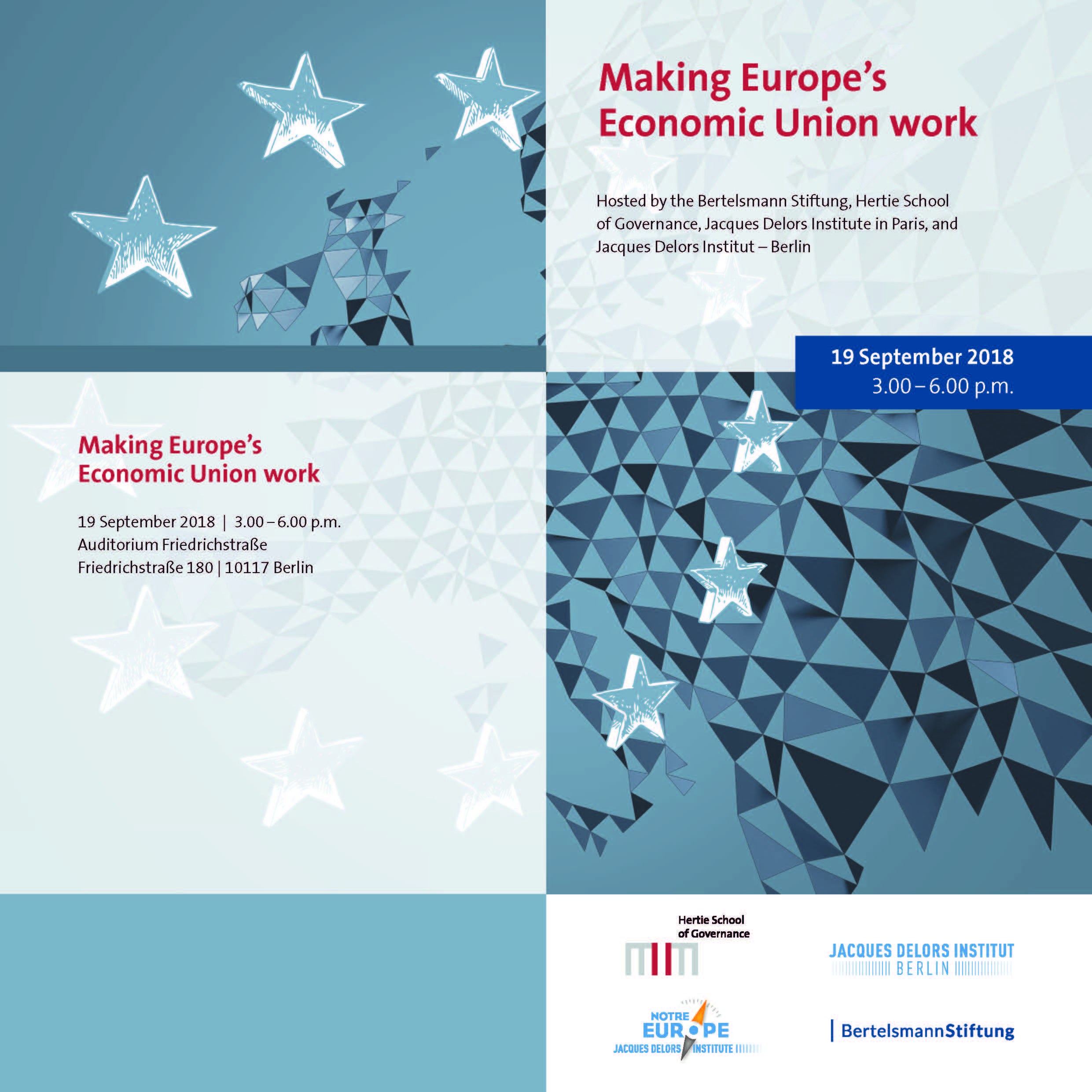