The European “Fiscal Compact”: a goal or a starting point?

The ongoing ratification of the so-called “Fiscal Compact” is a decisive achievement or only a starting point, from a political as well as from an economic point of view? Here is the answer of the President of Notre Europe António Vitorino, in a Tribune based on his
speech at the conference organised by the European Economic and Social Committee in Brussels the 7th of May 2012. 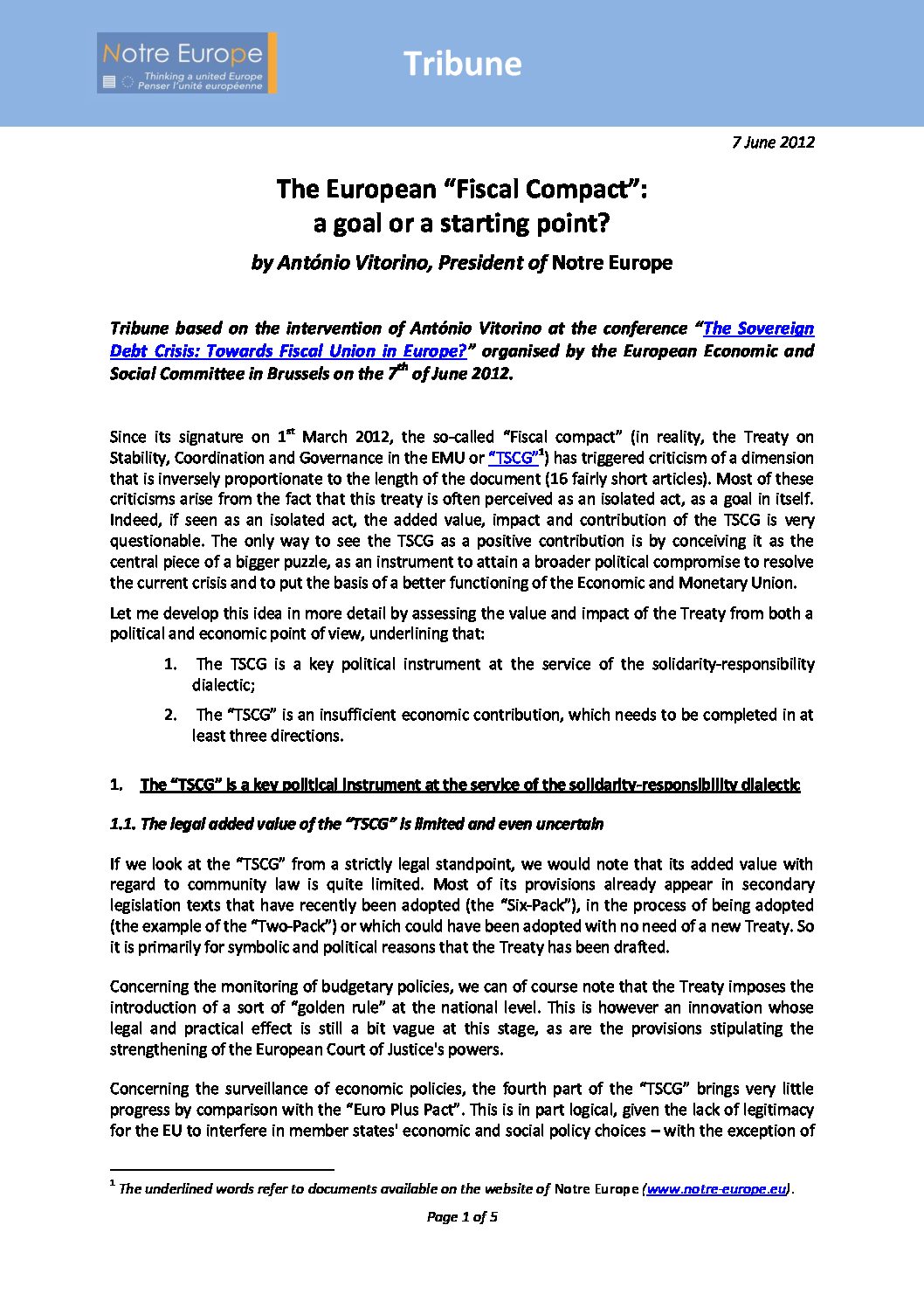 António Vitorino perceives the Treaty on stability, coordination and governance (or “TSCG”) as an instrument to attain a broader political compromise to resolve the current crisis and to put the basis of a better functioning of the Economic and Monetary Union.

He first considers the “TSCG” as a key political instrument at the service of the recent European solidarity-responsibility dialectic: even if its legal added value with regard to community law is limited and even uncertain, the TSCG basically tries to re-establish “the pact of trust” between member states, on the basis of a new balance between national responsibilities and European solidarity. In this context, the “TSCG” should open the way towards a deepening of European solidarity, in the framework of a “Fiscal Union”, with the adoption of the “Two-Pack” on the one hand, the pooling of risks related to national debts on the other hand, thanks to “redemption bonds”.
From an economic point of view, António Vitorino underlines that the “TSCG” should only be a starting point and part of a much wider European economic strategy. He recommends three main complements to be added to the TSCG in the perspective of the European Council of the end of June: beyond austerity, the adoption of an additional protocol on growth, including both “Keynesian” and “liberal” measures; beyond surveillance, a more a positive “Economic Union”, especially as regards the coordination of wages evolution and tax policies; beyond the sovereign debt crisis, the establishment of a “Banking union”, through the reinforcement of European competences as regards lending to distressed banks, European deposit insurance scheme and control and supervision powers.