An intergovernmental treaty which should foster “stability, coordination and governance” in the Economic and Monetary Union is about to be signed. Renaud Dehousse shows in his Policy Brief that both nature and content of the treaty provoke legal uncertainty and political ambiguity in terms of the coexistence with the existing treaties, the provisions on excessive deficits, and the role of the Court of Justice of the European Union. 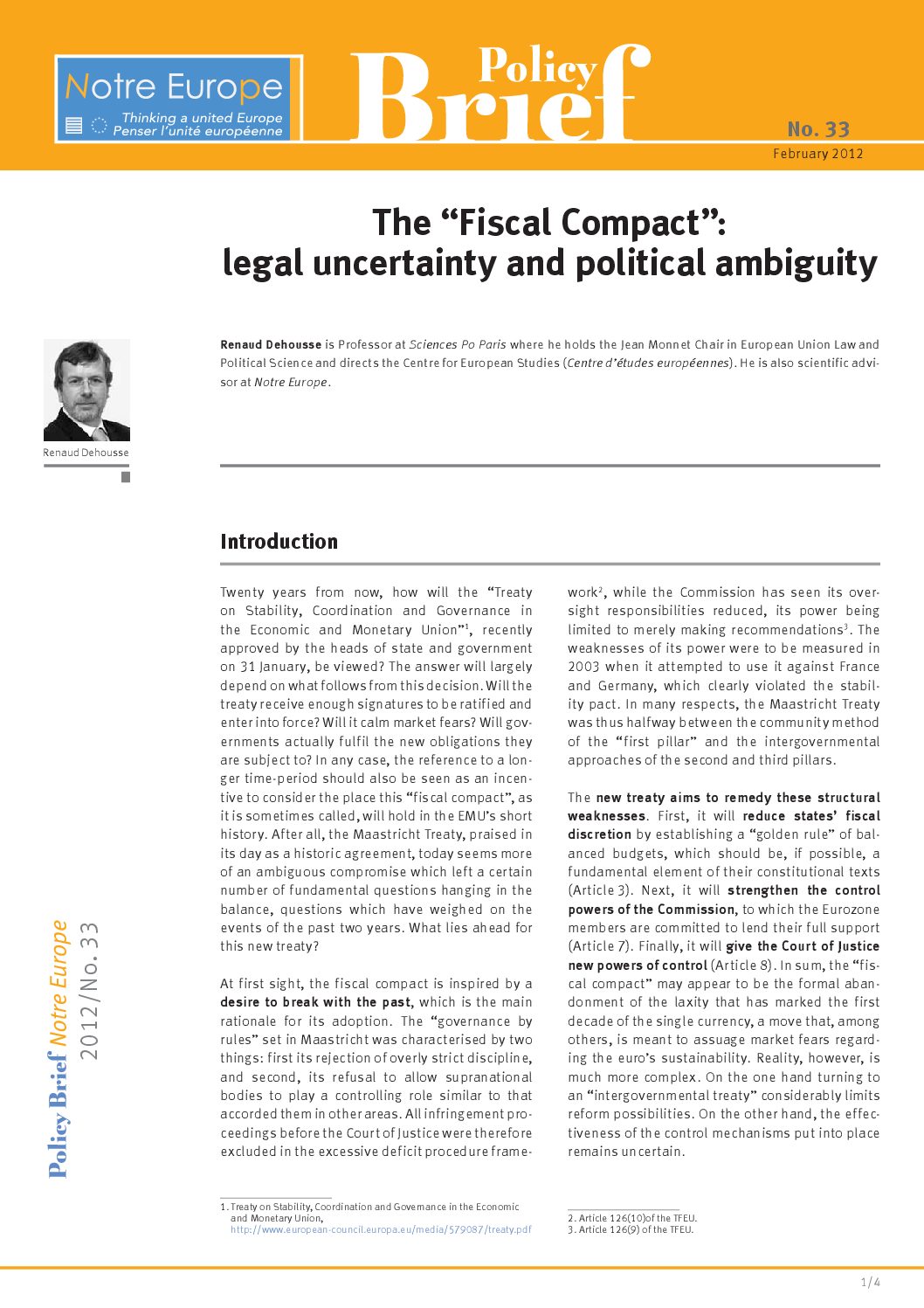 The so-called “Fiscal Compact Treaty” attempts to deal with the structural weaknesses of the Economic and Monetary Union. While member states are free to conclude an intergovernmental treaty, such a treaty may not be in conflict with existing rules in the legal framework of the European Union. This concerns the European Union treaties as well as legislation like the “Six-Pack” on economic governance.

Besides this uncertainty that comes along with the choice of the instrument of an intergovernmental treaty, there are two major uncertainties regarding the control of national policies: Automatic sanctions in the excessive deficit procedure were rejected, but the reversed qualified majority does not appear as a legally sound solution – and, since the original Maastricht provisions are not affected, the Court of Justice can only control the transposition of the golden rule.
Renaud Dehousse concludes that reluctance to accept strict supranational checks remains strong and that this has led to the significant legal uncertainty. Nevertheless there has been progress with respect to the governance of the Eurozone and with respect to an entry-into-force provision of only twelve Contracting Parties whose currency is the Euro, but ratification of the treaty will still be risky.