The Future of Europe in the New Global Economy

While the heads of state and governments of the EU have just taken crucial decisions for the European economies, Pascal Lamy puts the current debates in a global context and sketches suggestions for the main medium-term reforms, in a Tribune based on his intervention during the European Steering Committee 2011 of Notre Europe. 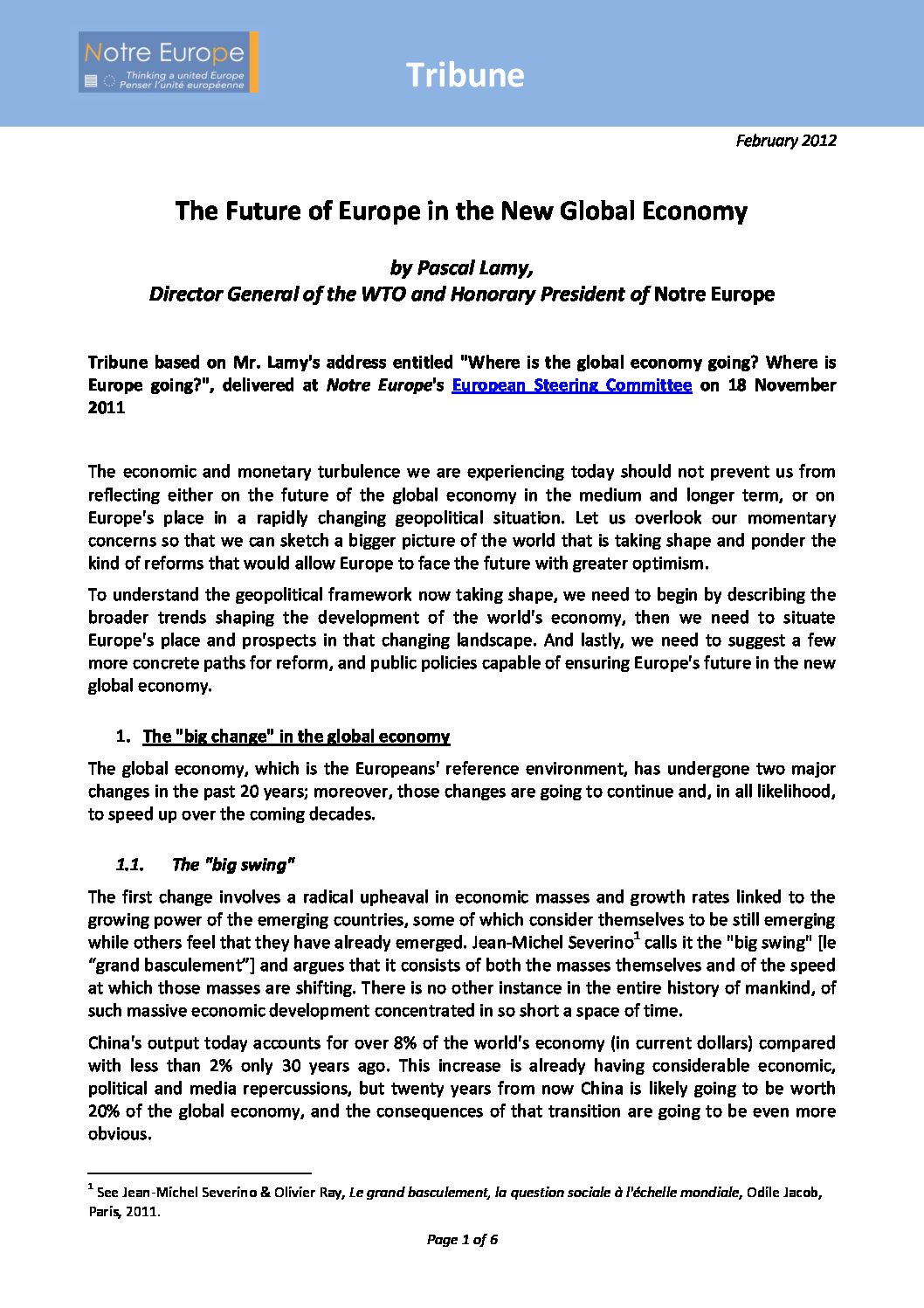 While the heads of state and governments of the EU have just taken crucial decisions for the European economies, Pascal Lamy puts the current debates in a global context by giving a broad outline of the emerging world and by imagining the reforms which would allow Europe to be more optimistic about its future.

In this Tribune based on his intervention during the European Steering Committee of Notre Europe, he first reminds us how the increasing power of emerging countries and the reconfiguration of production lines deeply modified the context in which European economies are evolving.

He then outlines that the main economic problems of Europe are not connected to international trade or to a commercial policy wrongly presented as “naive”, but to others more structural factors.

He therefore deduces that the strengthening of the “price” and “non-price” competitiveness must be the main objective of the economic and social policies as far as education, training, innovation and labour market are concerned to allow EU countries to make the most of the comparative advantages they have at world level.