The Future of Europe: Towards a Two-Speed EU?

In his recent book, Jean-Claude Piris explains that moving towards a “two-speed Europe” is feasible and necessary. He develops four options on how to advance, in a direct echo of the current negotiations on the new intergovernmental treaty. The book’s main proposals and conclusions are presented in this synthesis realized by Valentin Kreilinger. 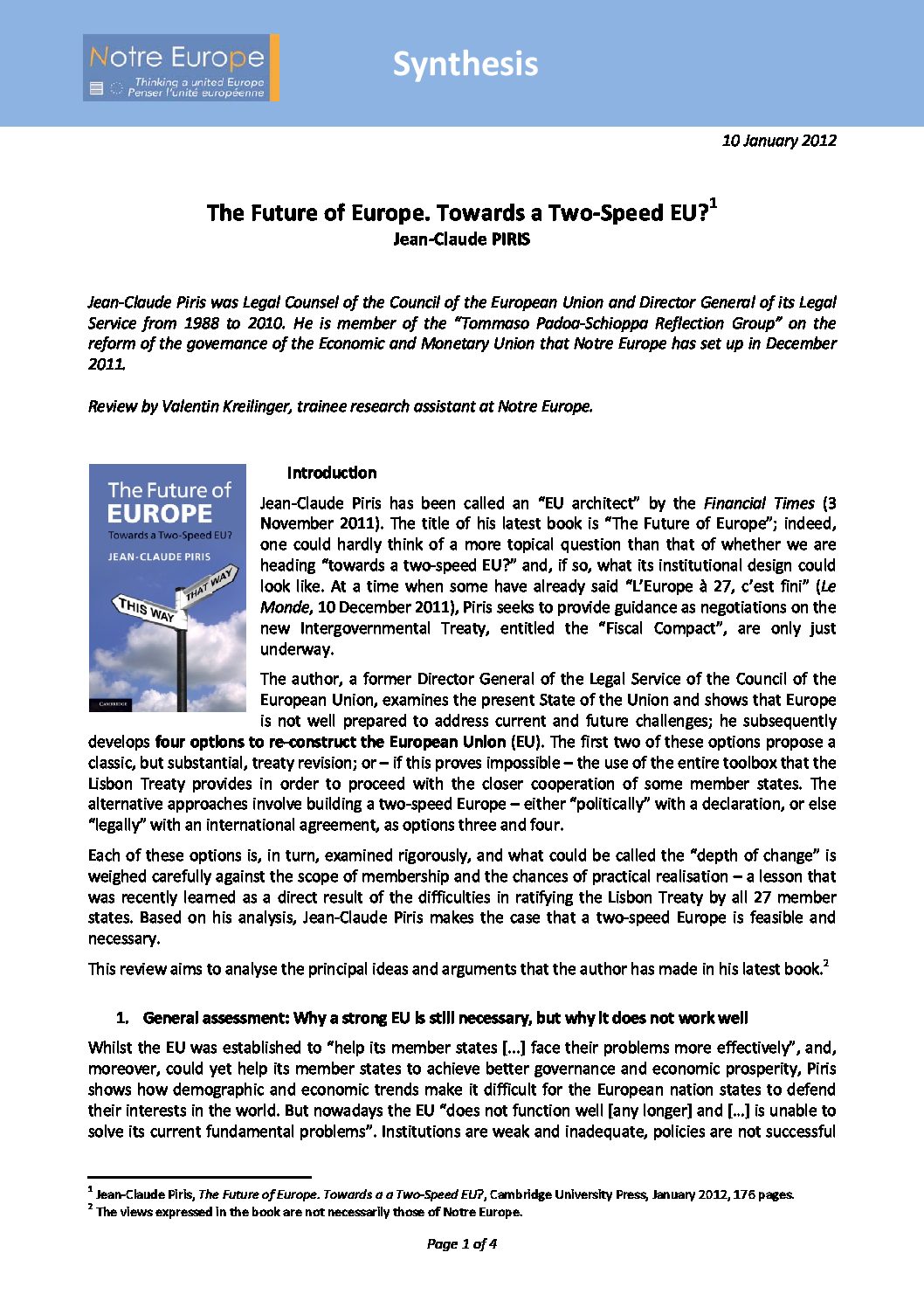 The book written by Jean-Claude Piris in 2011 asks the question whether we are heading “towards a two-speed EU?”. He explains that the EU is not well prepared to address current and future challenges and shows that moving towards a “two-speed Europe” is feasible and necessary.

Jean-Claude Piris develops four options that could serve EU decision-makers in order to leave the status quo behind and advance. The first two of these options propose a classic, but substantial, treaty revision; or – if this proves impossible – the use of the entire toolbox that the Lisbon Treaty provides in order to proceed with the closer cooperation of some member states. The alternative approaches involve building a two-speed Europe – either “politically” with a declaration, or else “legally” with an international agreement, as options three and four.

This book can be seen as the manual for the so-called “Forum” that has started to negotiate the Intergovernmental Treaty as of late December 2011. While the declaration of 8 and 9 December 2011 looks like a preliminary decision in favour of the fourth option presented by Jean-Claude Piris, much will depend on the final content of the international agreement.

Jean-Claude Piris’ main proposals and conclusions are presented in this synthesis realized by Valentin Kreilinger.