What European budget for post-crisis Europe?

This article by Eulalia Rubio examines the immediate effects of the crisis on the negotiations over the 2014-2020 financial framework and provides some thoughts on the long-term implications of the crisis on European public finances. It is an updated English version of an article published in the French journal Regards Croisés sur l’Économie in June 2012. 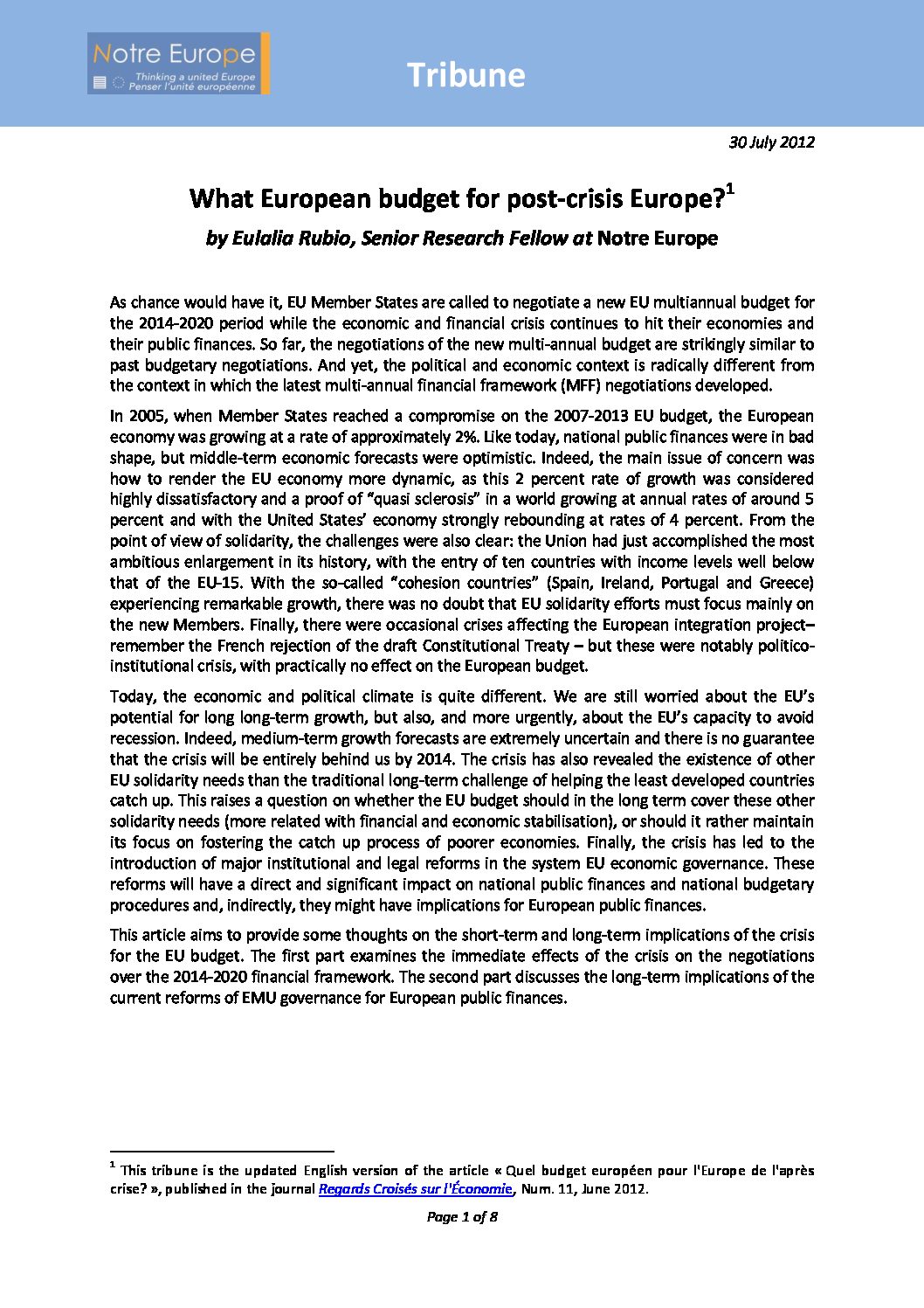 In 2005, when Member states reached a compromise on the 2007-2013 EU budget, the European economy was growing at a rate of approximately 2% (a rate considered at that time as a proof of “quasi sclerosis” in a world growing at annual rates of around 5 percent and with the US economy strongly rebounding at rates of 4 percent.). As today, national public finances were in bad shape, but middle-term economic forecasts were optimistic. From the perspective of solidarity, the challenges were clear: the Union had just accomplished the most ambitious enlargement in its history and there was no doubt that EU solidarity efforts must mostly focus on helping new members in their catch up process. Finally, the European integration project was affected by occasional crises but these were relatively minor and mostly of a politico-institutional nature.
Seven years after, the economic and political context is radically different. And yet, the negotiations of the new 2014-2020 multi-annual budget are strikingly similar to past budgetary negotiations. Has the crisis had any impact on the EU budget? Will it have it in the future?
This article by Eulalia Rubio provides some thoughts on the short-term and long-term implications of the crisis for the EU budget. The first part examines the immediate effects of the crisis on the negotiations over the 2014-2020 financial framework. The second part discusses the long-term implications that the crisis and current reforms of EMU governance could have on the European public finances.