Which financial instrument to facilitate structural reforms in the euro area? 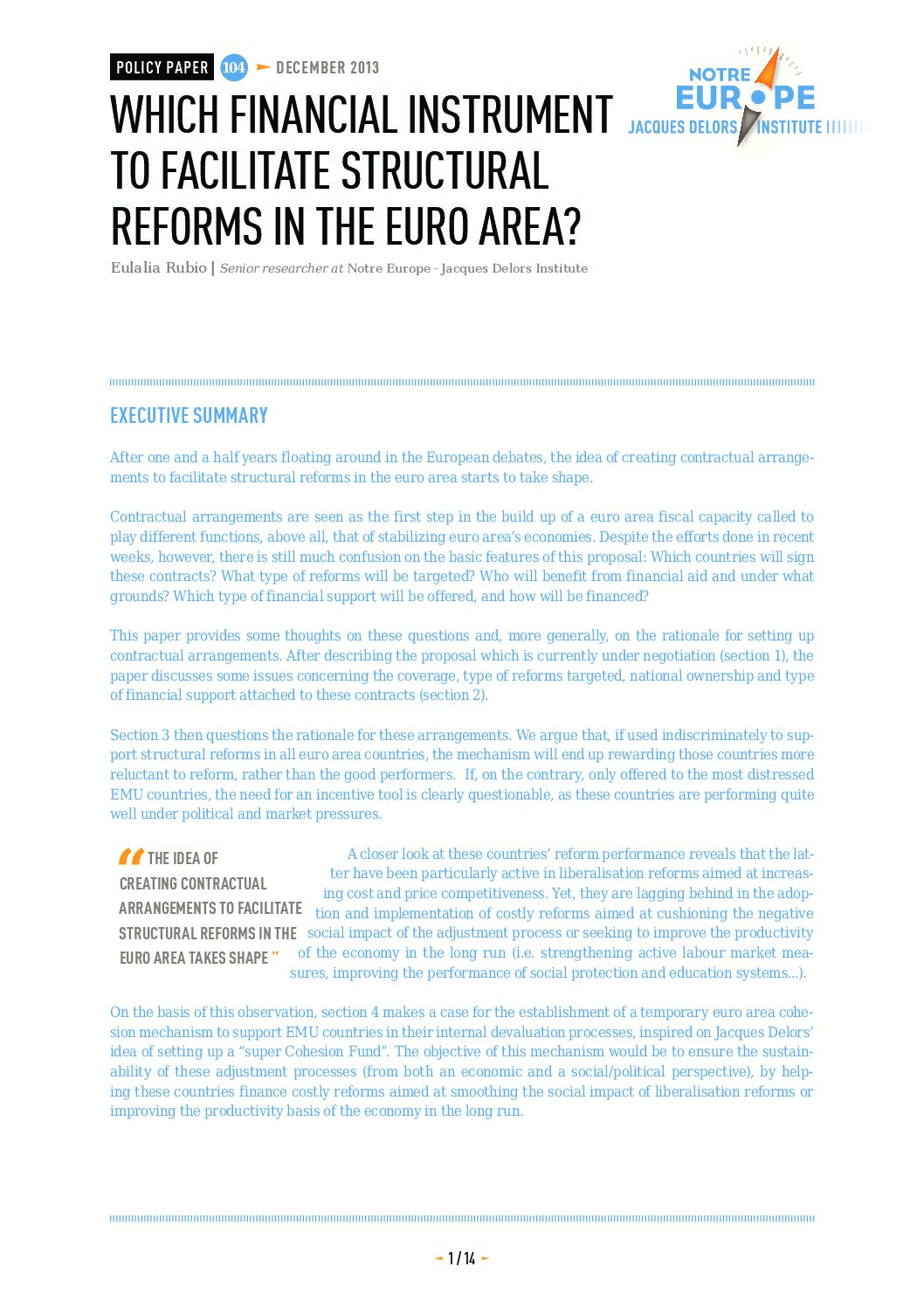 After analyzing the proposal which is currently under negotiation (section 1), the paper discusses some issues concerning the coverage, type of reforms targeted, national ownership and type of financial support attached to these contracts (section 2).

Section 3 then takes a closer look at the rationale for these arrangements. It questions the causal assumptions in which is based the proposal and makes a case for switching from a logic of incentives to a logic of solidarity.

Section 4 sketches out the basic features of an alternative to contractual arrangements: a euro area solidarity instrument to support countries undertaking internal devaluation processes, inspired on Jacques Delors’ idea of setting up a “super Cohesion Fund” for the most distressed EMU countries.