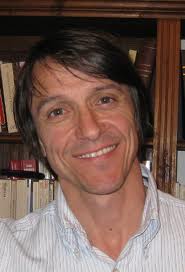 Manager of wages and incomes policy at International Labour Organisation

Daniel Vaughan-Whitehead obtained his PhD in labour
economics (on the effects of workers financial participation) at the
European University Institute in Florence (Italy). In the mid-eighties
he worked as adviser to the European Commissions President Jacques
Delors, mainly on Social Europe, before joining the ILO in 1991. From
the ILO regional team based in Budapest between 1993 and 1999, he worked
on 18 Central and Eastern Europe countries since the beginning of the
transition. In this capacity, he advised governments, trade unions and
employers organizations in their reform processes, mainly in the areas
of wages and incomes policy and industrial relations in general. He then
applied this experience (1999-2003) to the service of the European
Commission (DG Employment and Social Affairs), where he was responsible
for social dialogue in the EU enlargement process and thus acted as a
negotiator on social issues with the EU applicant countries. He returned
to the ILO in 2004, where he is today responsible for wages and working
conditions around the world. In 2008, he initiated the series ‘ILO
Global Wage Reports’, which has become established as a worldwide
reference in this area. He is currently coordinating a large European
project on the impact of the inequalities crisis in the World of Work.

A French-American economist, Daniel Vaughan-Whitehead
has been managing many international projects on social issues, and he
is the author of many books and articles on wages, industrial relations,
social dumping, forms of workers participation and social policies in
general.