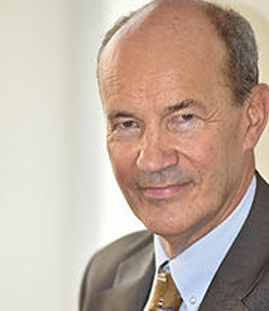 Jean-François Pons worked in the Treasury Department of France’s Ministry of the Economy and Finance from 1977 to 1989, as well as in Minister Pierre Bérégovoy’s cabinet from 1982 to 1984. He then worked at the European Commission from 1989 to 2002 as Director for Monetary affairs at the Directorate general for Economic and Financial affairs, followed by his position of Deputy Director General at DG Competition. He then joined the French Banking Federation as a European and International Affairs Delegate until March 2015.

Since September 2014, Jean-François Pons has chaired the European Money Market Institute, which is the administrator of the benchmark rates Euribor and Eonia. Since June 2016, he is also a member of the Brussels-based European Economic Interest Grouping Alphalex-Consult, which specializes in European affairs. Notably, he is responsible for the banking and financial regulation sector, as well as corporate finance. His work is concentrated on green finance, Brexit’s impact on financial services, and the Capital Markets Union.

Jean-François Pons is a graduate of France’s Ecole des Hautes Etudes Commerciales and the Institut d’Etudes Politiques de Paris, and is an alumnus of the Ecole Nationale d’Administration.