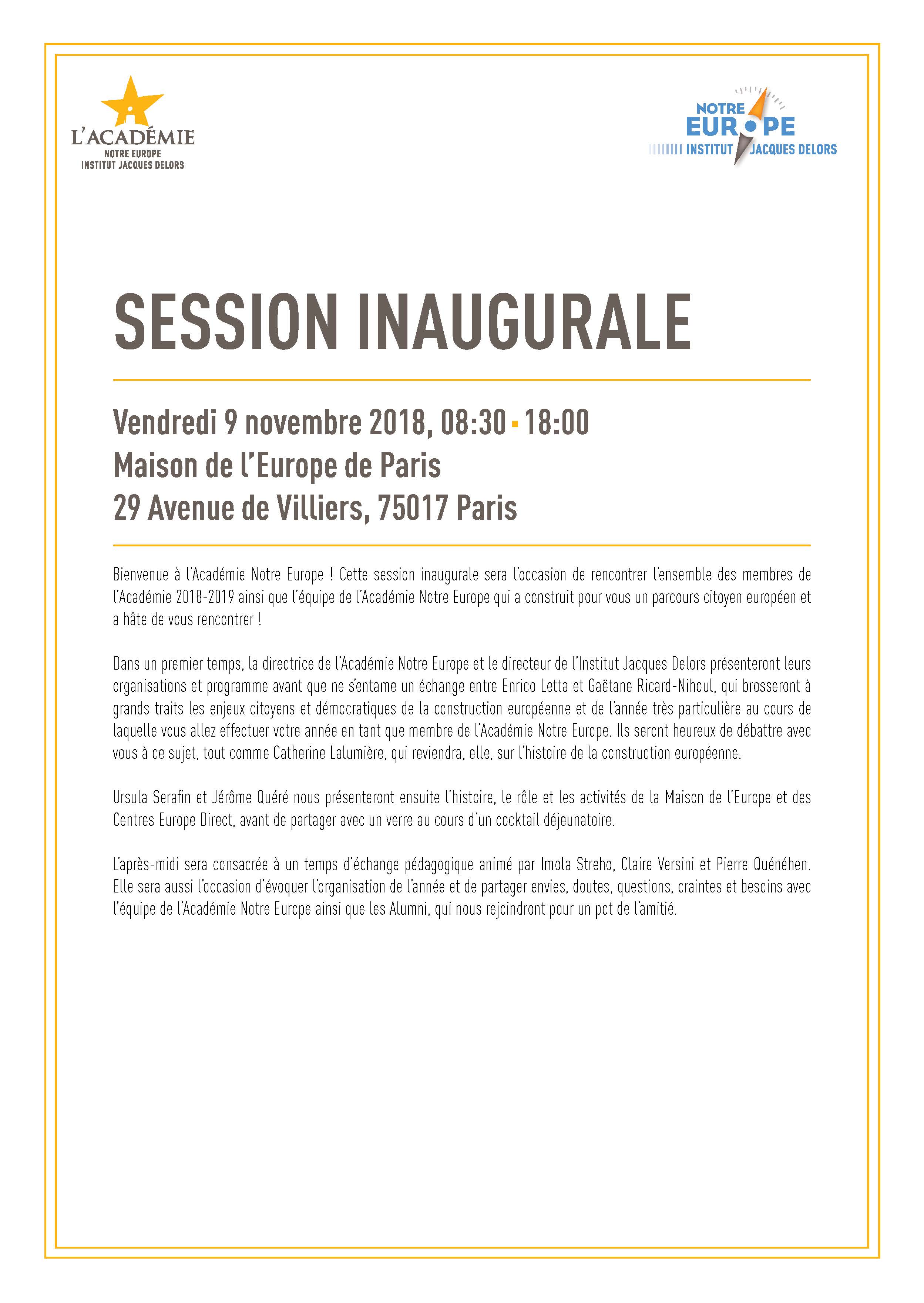 This inaugural session is an opportunity for members of the 2018-2019 Académie to get to know and meet the team of the Académie Notre Europe, which has built for them a European citizenship course.

Initially, the director of the Académie Notre Europe and the director of the Jacques Delors Institute present their organizations and programs before an exchange begins between Enrico Letta and Gaëtane Ricard-Nihoul, who broadly portray citizen and democratic issues of the European construction and of this year of European elections. Catherine Lalumière returns to the history of European construction.

Ursula Serafin and Jérôme Quéré then present the history, role and activities of the Maison de l’Europe and Europe Direct Information Center.

The afternoon is devoted to a time of educational exchange led by Imola Streho, Claire Versini and Pierre Quénéhen. It is also an opportunity to discuss the organization of the year with the Académie Notre Europe team as well as the Alumni.