After the Greek psychodrama, what improvements for the EMU?

European Commissioner Pierre Moscovici takes a stand on the future of the EMU after the Greek crisis in this Tribune reproducing the speech he delivered in a conference organised in Paris by the Jacques Delors Institute and the MACIF, on 24 September 2015. 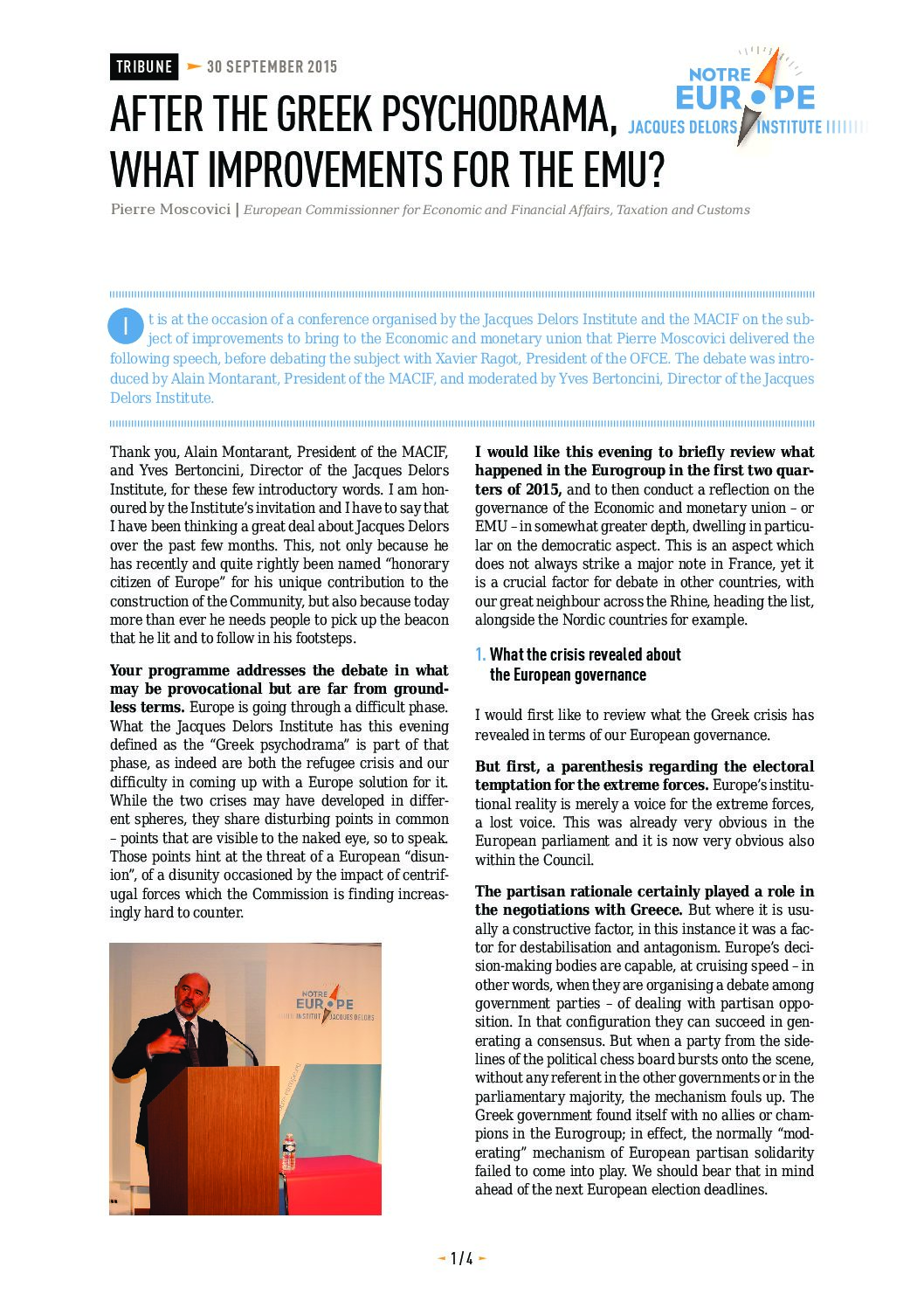 Pierre Moscovici, European Commissionner for Economic and Financial Affairs, Taxation and Customs, takes a stand on the future of the EMU after the Greek crisis in this Tribune reproducing the speech he delivered in a conference organised in Paris by the Jacques Delors Institute and the MACIF, on the 24 September 2015.

After having underlined that Jacques Delors “needs people to pick up the beacon that he lit and to follow in his footsteps”, Pierre Moscovici came back on the Greek crisis and the lessons that should be drawn from it, in two parts:
1. What the crisis revealed about European governance
2. The necessity for a profound reform of EMU governance

He concludes by stressing the need to “finally give the single currency the political
and democratic architecture that it so sorely needs“.