A Shared European Future, but Contrasting Attitudes: Public Opinion and the EU in Estonia, Latvia and Lithuania 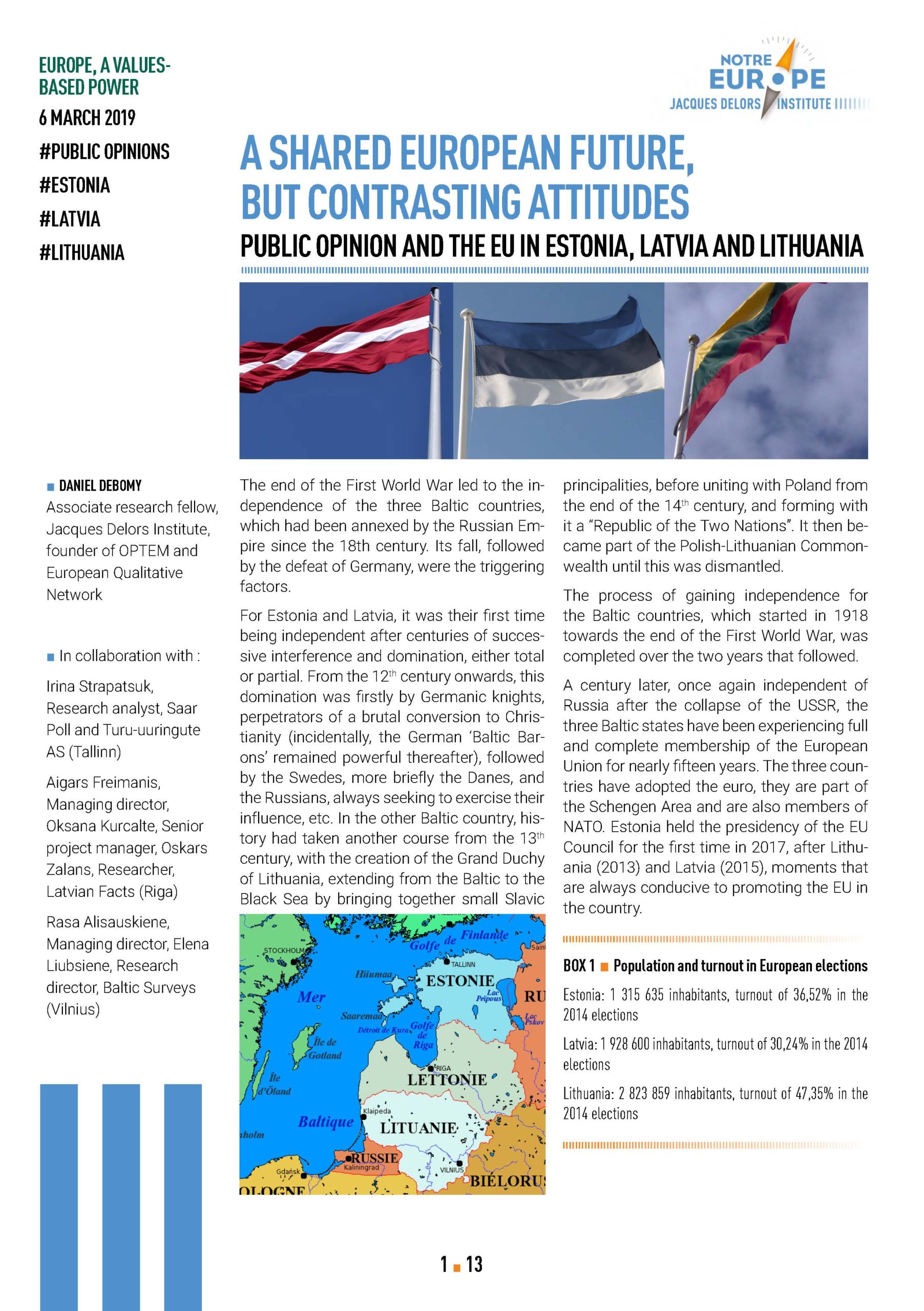 Independent of Russia after the collapse of the USSR, the three Baltic states have been experiencing full and complete membership of the European Union for nearly fifteen years. The three countries have adopted the euro, they are part of the Schengen Area and are also members of NATO. Estonia held the presidency of the EU Council for the first time in 2017, after Lithuania (2013) and Latvia (2015), moments that are always conducive to promoting the EU in the country.

What is the status of their public opinion concerning the EU and how has this evolved since their accession? Such is the aim of this document, written by Daniel Debomy, associate research fellow.

It is based firstly on the semi-annual results of the European Commission’s Standard Eurobarometer polls, supplemented in some cases by data from the most recent Parlemeter of the European Parliament, and secondly, on qualitative investigations that help to clarify the meaning of the figures. This includes reanalysis of several pan-European qualitative studies conducted since 2001 by the research institute OPTEM and its partners in the European Qualitative Network, and observations made by these partners in the evolution of their respective public opinion.