European influence: the need for a paradigm shift

What is left from the European influence on the global scene and how to strengthen it in the context of the economic and financial crisis? The synthesis by Elvire Fabry covers the debate and recommendations of the European Forum of Think Tanks that was held last June 2012 in Berlin by Notre Europe – Institut Jacques Delors, in partnership with the SWP. 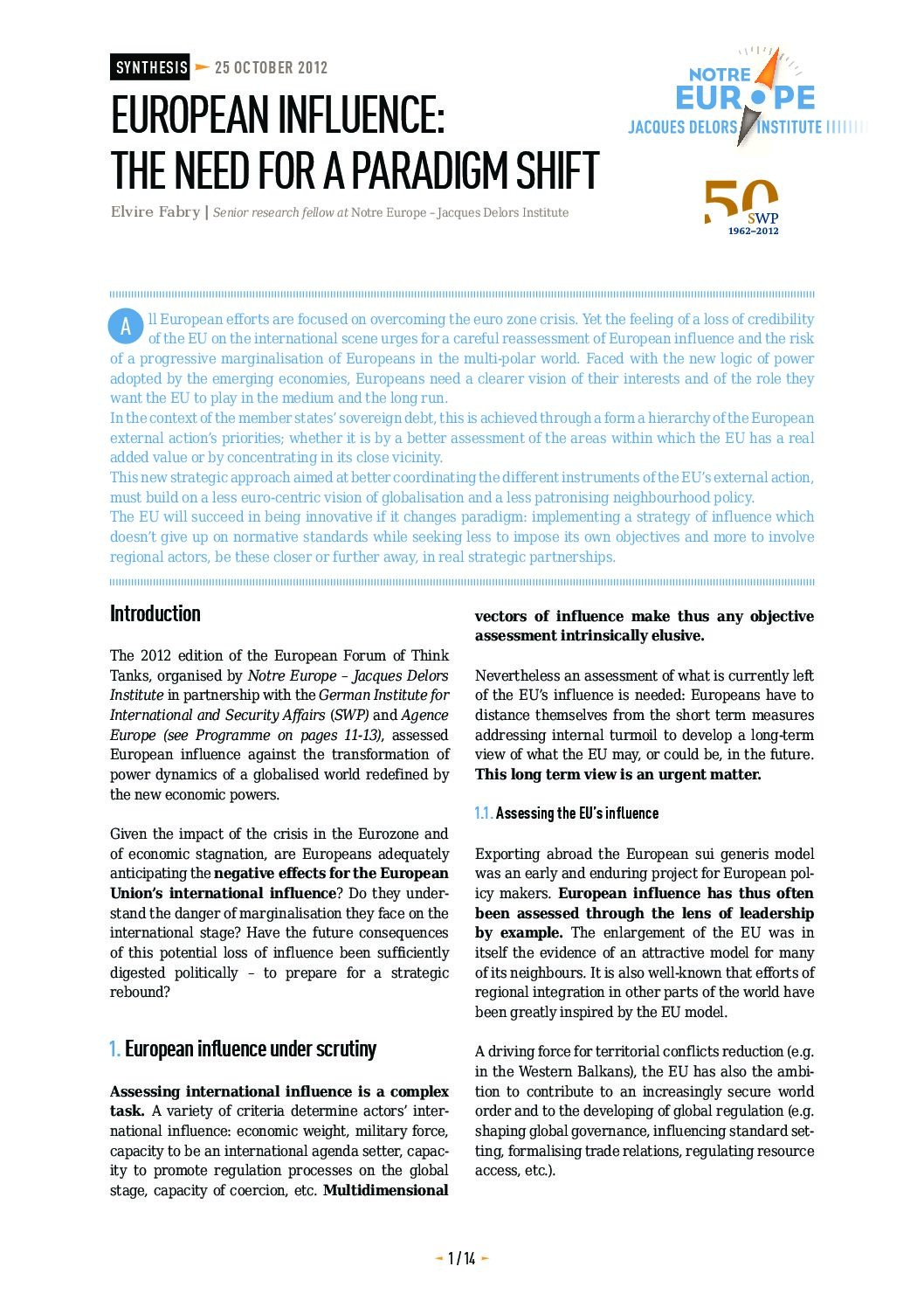 The 2012 edition of the European Forum of Think Tanks was organised by Notre Europe – Jacques Delors Institute and took place in Berlin, on 26-27 June, in partnership with the German Institute for International and Security Affairs (SWP) and Agence Europe.

More than 30 European institutes were represented in this debate in which participated notably the director general of WTO, Pascal Lamy, the executive secretary General of the European external action service – EEAS, Pierre Vimont, the president of the German Federation of industries – BDI, Hans-Peter Keitel, the minister of state of the Federal foreign office, Michael Georg Link.

In the synthesis of the forum, Elvire Fabry, Senior Research Fellow at Notre Europe – Institut Jacques Delors, comes back on the salient ideas of the debate and the main recommendations.

All efforts are focused on overcoming the euro zone crisis. Yet the feeling of a loss of credibility of Europeans on the international scene urges for a careful reassessment of European influence and the risk of a progressive marginalisation of Europeans in a multi-polar world. Faced with the new logic of power adopted by the emerging economies, Europeans need a clearer vision of their interests and of the role they want the EU to play in the medium and the long run. In the context of the Member states’ sovereign debt, this is achieved through a form of hierarchy of the European external action’s priorities; whether it is by a better assessment of the areas within which the EU has a real added value or by concentrating in its close vicinity.

This new strategic approach aimed at better coordinating the different instruments of the EU’s external action, must build on a less euro-centric vision of globalisation and a less patronising neighbourhood policy. The EU will succeed in being innovative if it changes paradigm: implementing a strategy of influence which doesn’t give up on normative standards while seeking less to impose its own objectives and more to involve regional actors, be these closer or further away, in real strategic partnerships.

The project was supported by the 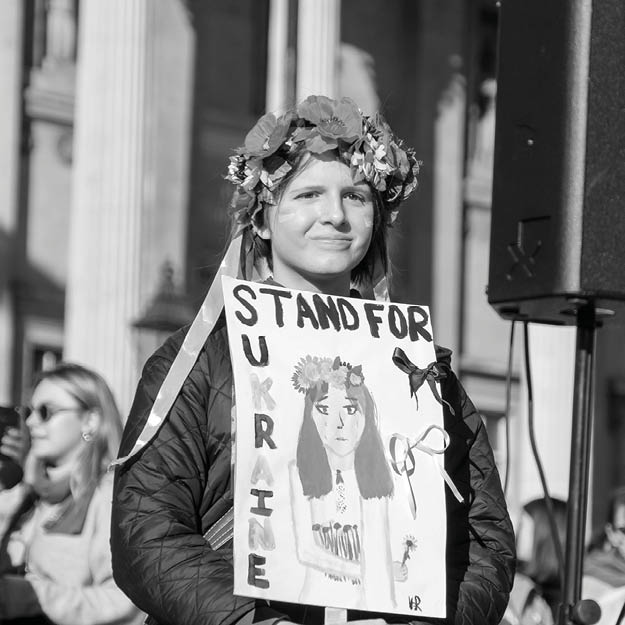