Funding the EU Budget with a Genuine Own Resource: The case for a European Tax

This study aims to contribute to the current debate on the creation of a genuine EU own resource. The purpose is not to add new proposals to those already put forward by the Commission or by other scholars, but to clarify the economic and political criteria that will have to be brought to bear on the choice of an adequate tax instrument for the European Union. On the basis of these criteria, the various EU tax candidates are assessed and a rough estimate of their respective potential receipts is eported.The study also discusses the political and technical difficulties facing the introduction of an EU tax and explores the possible avenues for implementing the most promising EU tax proposals. 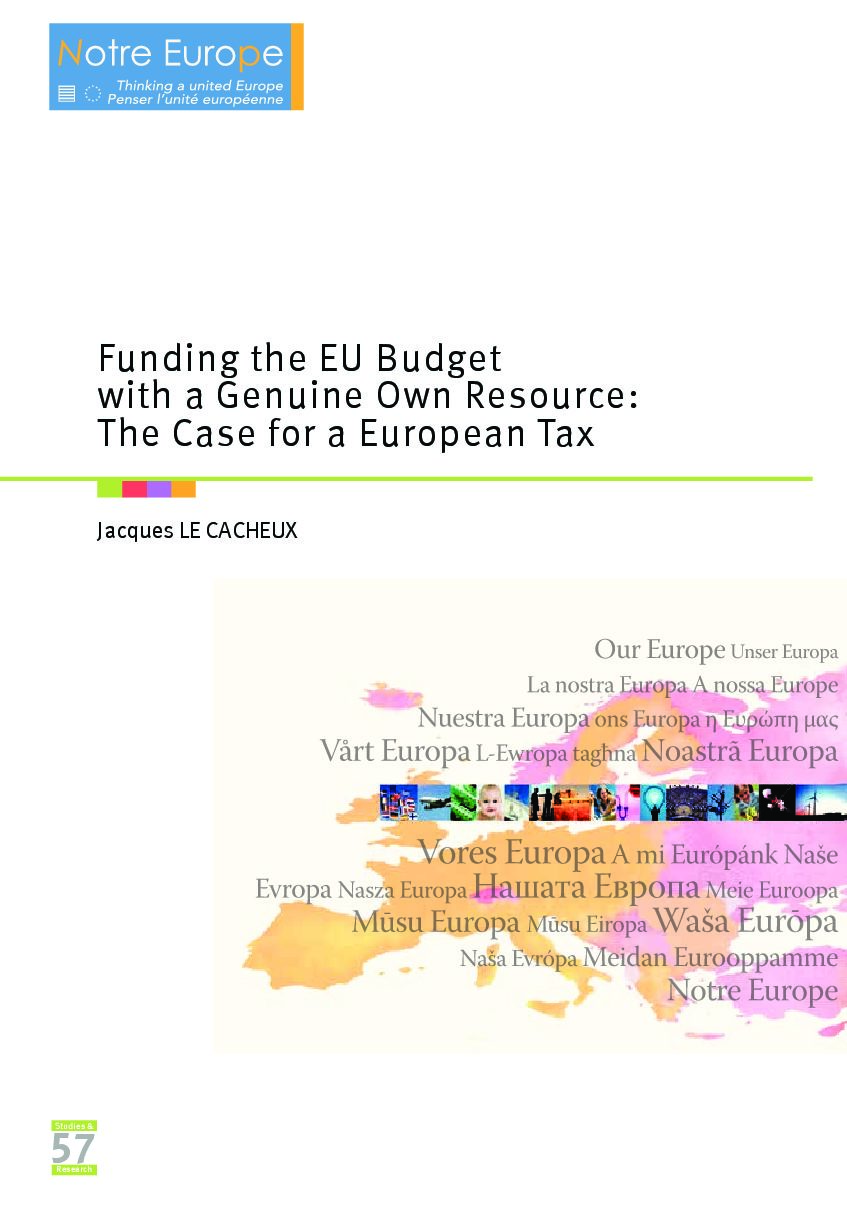 Amounting to approximately bn. 120 ‚¬ in 2007, i.e. a little more than 1% of European GDP, the EU budget is almost exclusively funded by national contributions based on GNI. In preparation for the mid-term review called for by both the EU Council of December 2005 and the EU Parliament, this paper offers a broad reflection on possible instruments for funding the EU budget with genuine own resources, specifically on the possible EU tax instruments. It first briefly recalls the history of the EU budget and a number of important flaws and drawbacks in the decision-making procedures over the medium term financial framework that currently defines the path of expenditures for seven years. In the second section, we review the major criteria to be considered when choosing amongst various financing instruments; some such criteria are of general application in any democratic public finance context, others are more specific to decentralized or federal contexts. Major candidates for an EU tax are then analyzed in more detail, and assessed according these various criteria: first, the most frequently quoted ones, a European VAT or an excise duty or eco-tax; then the corporate income tax, also an obvious candidate in a single market; finally a number of other tax instruments sometimes mentioned here or there. A very rough estimation of the potential yield of each of these instruments is then attempted, based on existing aggregate data, in order to provide orders of magnitude. Section 5 is dedicated to discussing some practical difficulties related to the implementation of a European tax. We then conclude that an eco-tax or a corporate income tax would seem to fare quite well with regard to the majority of criteria discussed, but that none appears to dominate on all grounds, so that the choice would have to weigh pros and cons.