Options for an EU Financing Reform

This paper presents a reflection on the future of the EU budget, with a particular focus on EU financing. The debate on a reform of the EU financing system encompasses two main dimensions: on the one hand, the structure of EU financing and, in particular, whether the Union should be financed via “genuine own resources” or not; on the other hand, the correction mechanisms and the way to either eliminate or adapt them. These dimensions are analysed in depth in the paper. This allows presenting three main medium- to long-term scenarios for a financing reform. 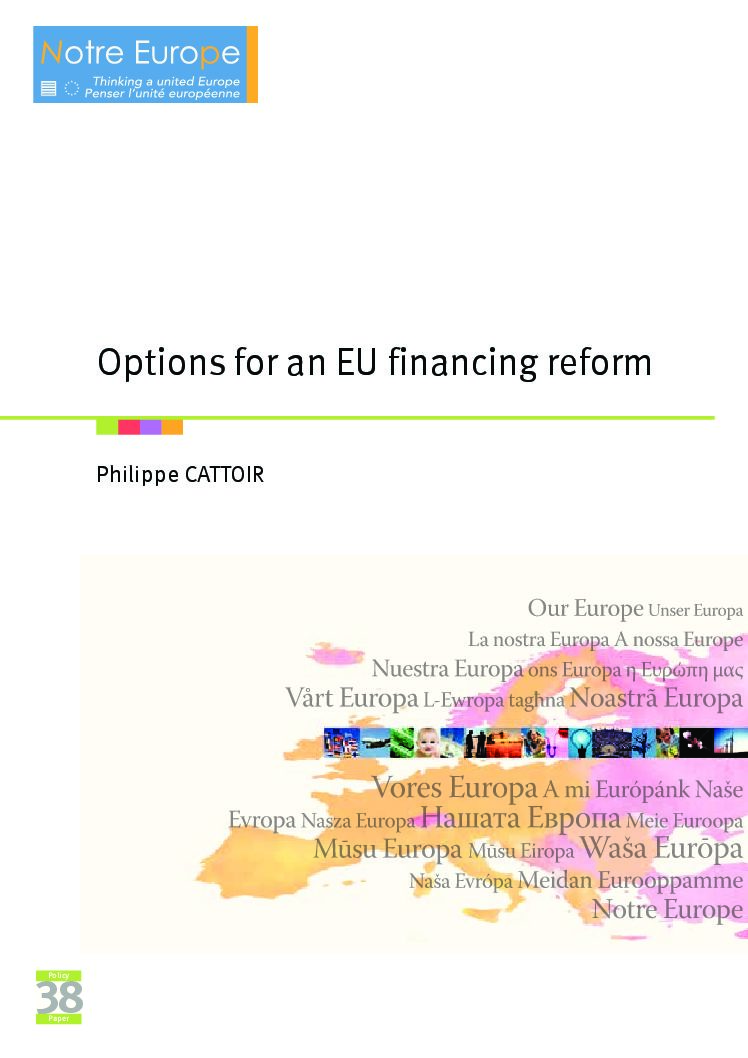 This paper presents a reflection on the future of the EU budget, with a particular focus on EU financing. The debate on a reform of the EU financing system encompasses two main dimensions: the structure of EU financing and, in particular, whether the Union should be financed via “genuine own resources”; the correction mechanisms and the way to either eliminate or adapt them. These dimensions are analysed in depth in the paper. This allows presenting three main medium- to long-term scenarios for a financing reform.

The analysis first recalls that dissatisfaction with EU financing is widespread. Criticism covers a wide range of issues, including the extreme complexity and opacity of the system and the limited accountability it entails; the perceived lack of fairness of existing correction mechanisms and their impact on the “poisonous” debate on net balances; and the absence of a political link between most EU own resources and EU policy objectives. This justifies a reform of the EU financing system.

Recognition of a need for reform does not necessarily entail an agreement on the way to achieve it. Many proposals have been made in the past, notably in the context of the budget review consultation process. Regarding own resources, the paper examines in particular the pros and cons of increasing further the GNI-based own resource, or developing a resource based on VAT or closely related to climate and energy priorities. The analysis of options to reform the correction mechanisms examines a reform of expenditures aimed at reducing a source of net balances discussions, the possible development of a generalised correction mechanism, and the impact of using alternative own resources, possibly combined with an equalization mechanism. The paper emphasises the potential articulation of various building blocks for a reform. The evolution of own resources is likely to have an impact on correction mechanisms. Based on past evolutions, it seems unlikely that a further increase in GNI-based contributions would go parallel with a reduction in the number or the extent of corrections mechanisms. An EU financing based on national contributions is also more likely to focus on the national return of EU expenditures. It may ultimately lead to less, rather than more, policies with a high EU added value. On the other hand, this analysis suggests that developing an alternative financing source related to a key EU policy, as part of a broader reform package, may contribute to solving the net balances issue. It would force Member States to look more at the impact of the new resource on EU policy objectives and at its economic incidence. It could also increase the EU citizens’ interest for the use made with the resource. Developing a new resource may ultimately facilitate the phasing-out of existing correction mechanisms based on net balances.