Notre Europe organized a debate on “Public Opinion and the Eurozone crisis” where the latest PEW Global Attitudes Survey was presented by Bruce Stokes on 30 May 2012. This synthesis by Valentin Kreilinger summarises the main issues of the debate on controversial topics such as the public support for economic integration, the ECB, the euro and the EU as a whole. 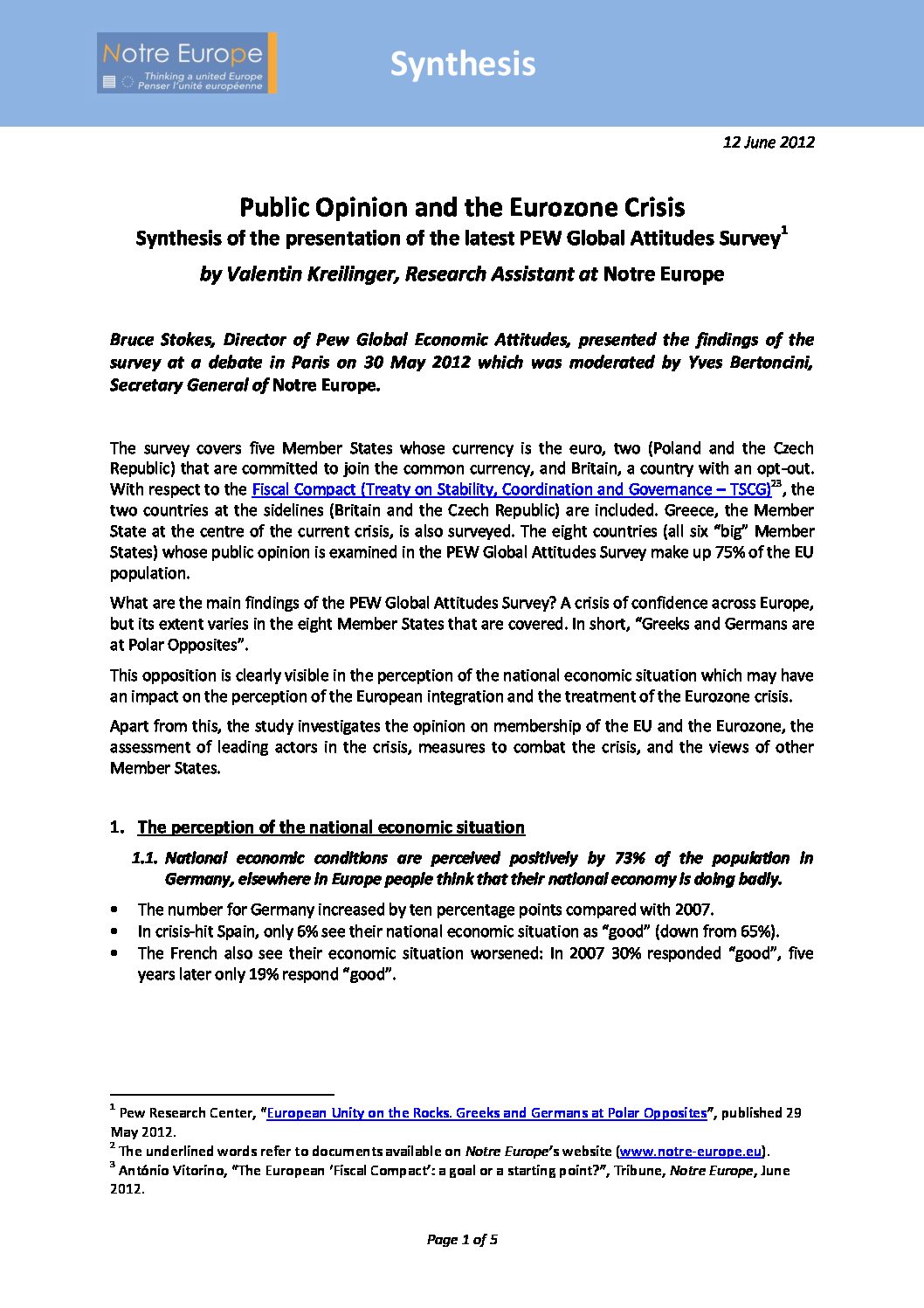 At the debate on “Public Opinion and the Eurozone crisis” organized by Notre Europe on 30 May 2012, Bruce Stokes, Director of PEW Global Economic Attitudes, presented the findings of the latest PEW Global Attitudes Survey.

The survey examines the public opinion in eight EU Member States on controversial topics such as the support for economic integration, the ECB, the euro and the EU as a whole. Other questions concern austerity, bailouts and increased oversight of national budgets as well as the ways the Europeans perceive the other Member States and citizens.
While only Germans perceive their national economic situation positively, none of the five surveyed countries whose currency is the euro wants to leave the common currency. In addition to a cleavage between the centre and the periphery (i.e. individual Member States), the study underlines a cleavage between the left and the right of the political spectrum on an issue like providing financial assistance to other countries.

With the Eurozone crisis, the EU is currently facing a loss of confidence. The extent of the loss varies across Europe: Germany and Greece are “at polar opposites”. This synthesis written by Valentin Kreilinger summarises the main issues discussed during the debate, which has been moderated by Yves Bertoncini, Secretary General of Notre Europe.