Reaction of Mark N. Franklin to Andrew Moravcsik’s article on the collapse of the Constitutional treaty 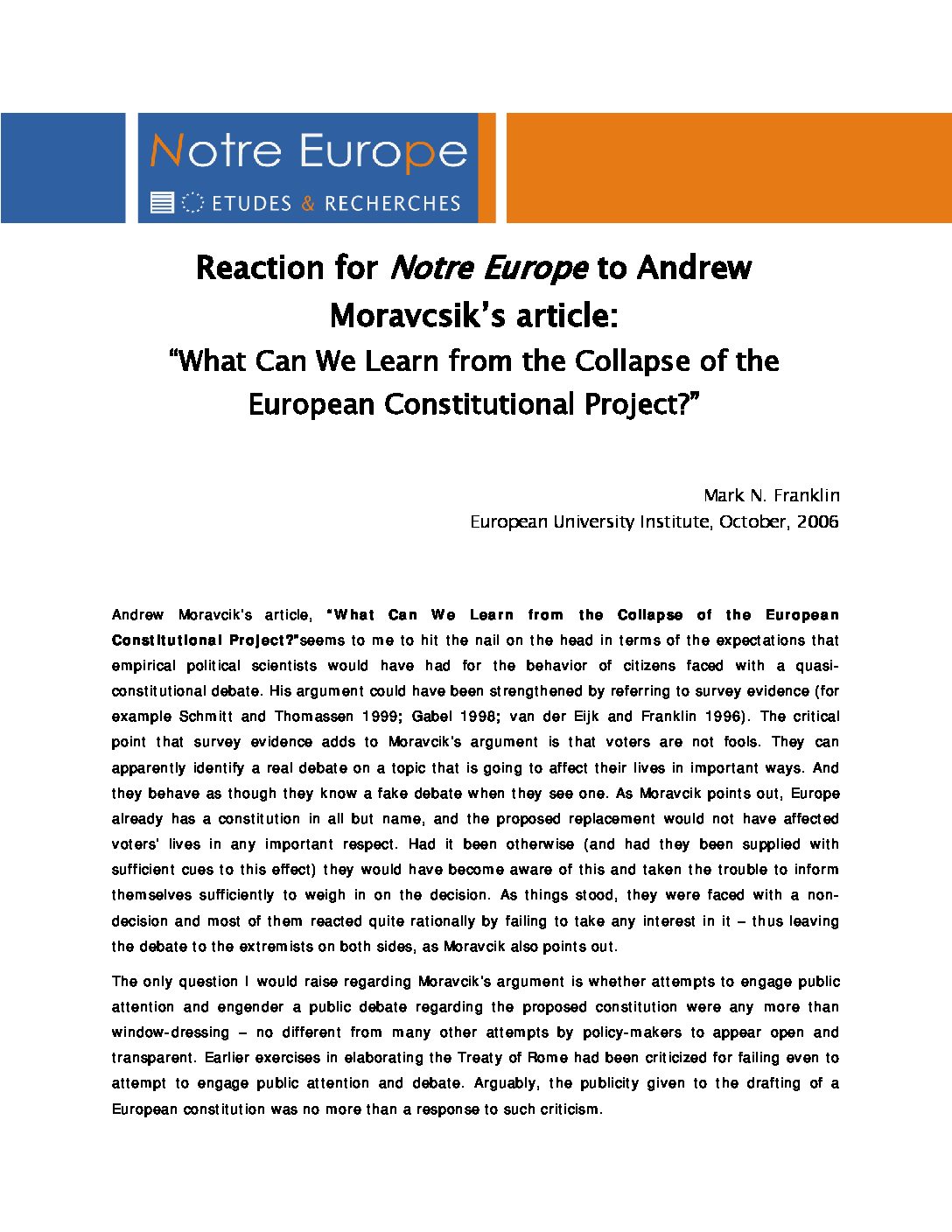 His argument could have been strengthened by referring to survey evidence (for example Schmitt and Thomassen 1999; Gabel 1998; van der Eijk and Franklin 1996). The critical point that survey evidence adds to Moravcik’s argument is that voters are not fools. They can apparently identify a real debate on a topic that is going to affect their lives in important ways. And they behave as though they know a fake debate when they see one.

As Moravcik points out, Europe already has a constitution in all but name, and the proposed replacement would not have affected voters’ lives in any important respect. Had it been otherwise (and had they been supplied with sufficient cues to this effect) they would have become aware of this and taken the trouble to inform themselves sufficiently to weigh in on the decision. As things stood, they were faced with a non-decision and most of them reacted quite rationally by failing to take any interest in it – thus leaving the debate to the extremists on both sides, as Moravcik also points out.

The only question I would raise regarding Moravcik’s argument is whether
attempts to engage public attention and engender a public debate regarding the proposed constitution
were any more than window-dressing – no different from many other attempts by policy-makers to
appear open and transparent. Earlier exercises in elaborating the Treaty of Rome had been
criticized for failing even to attempt to engage public attention and debate. Arguably, the publicity
given to the drafting of a European constitution was no more than a response to such criticism.

The idea that European policymakers saw the drafting of a constitution for
Europe as a public relations exercise would be preposterous were it not for the fact that politicians
regularly do display pitiful ignorance of basic facts about public opinion and public engagement in electoral
decision-making. But even though public officials regularly make mistakes of this kind, I am
still skeptical that this was the prime purpose of the exercise. Moravcik cites no real evidence to back up
his assertions in this regard. His reference to the motivations of MEPs to take advantage of the
opportunity to move the EU in a federalist direction seems to me far closer to the mark. I see the exercise
as an attempt by would-be federalists to dress up their constitutional innovations in democratic garb
so as to make them more acceptable to anti-federalists (like the British) who could nevertheless be
swayed by arguments about increased transparency and accountability. So I would quibble in a minor way with Moravcik’s analysis. I see the
failure of the draft constitution as a failure to create a more overtly federalist EU rather than a failure
to increase public support and legitimacy. Of course the nature and consequences of the failure are the
same whatever the original motivation of those who sought to write a constitution for Europe. But the
irony is less poignant if this public relations disaster was not the result of an exercise intended to be
a public relations triumph, as Moravcik contends.

Schmitt, Hermann and Jacques Thomassen, eds. 1999. Political Representation
and Legitimacy in the 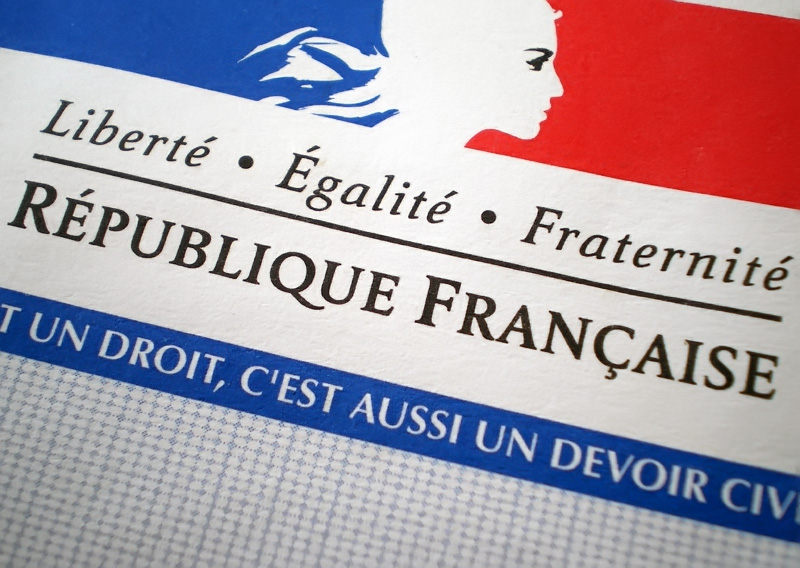 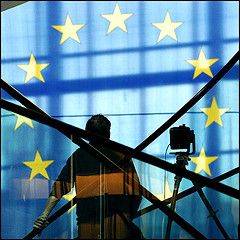 Landscape after the battle