Repair and prepare: Strengthening Europe’s economies after the crisis

This study by H. Enderlein, J. Fritz-Vannahme and J. Haas proposes a working method that facilitates cooperation and commitment and identifies questions that Europe needs to answer on the road towards a resilient EMU. 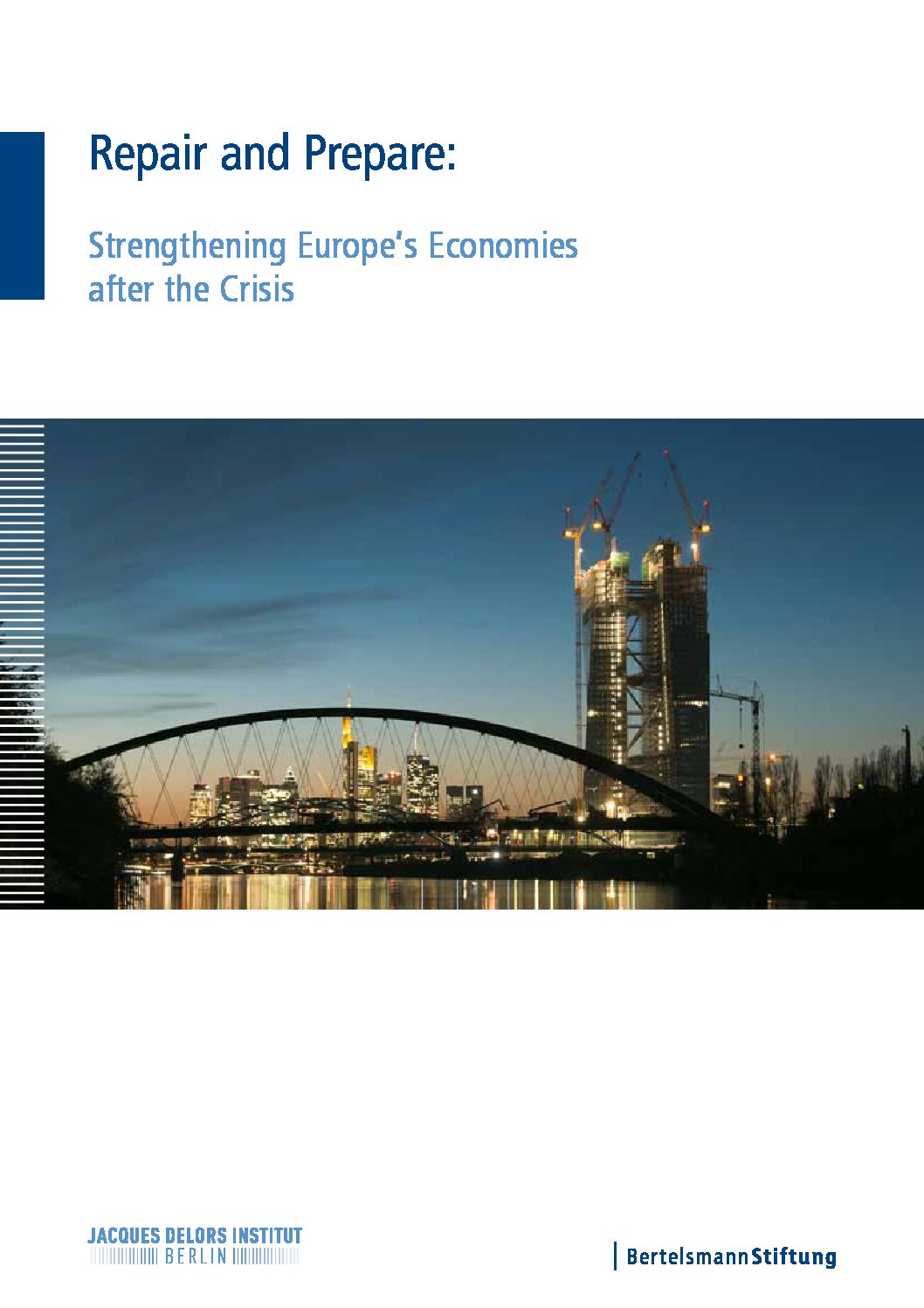 This pilot study, coordinated by Henrik Enderlein (Jacques Delors Institut – Berlin) and Joachim Fritz-Vannahme (Bertelsmann Stiftung) and whose rapporteur is Jörg Haas (Jacques Delors Institut – Berlin) explores how Europe can put a definite end to the euro crisis. It proposes a working method that facilitates cooperation and commitment and identifies questions that Europe needs to answer on the road towards a resilient EMU.

Although the first wave of the euro area’s economic crisis has receded, this is no time for complacency. The European Union remains threatened by low levels of investment, sluggish reforms, persistent tensions between EU members and an erosion of EU legitimacy.

We argue that Europe faces two overarching challenges. First, it needs to repair the massive economic and political damages wrought by the crisis, and second, the euro area needs to eradicate its systemic weaknesses and prepare for future shocks. In its current form, EMU is not viable in the long run. The current crisis has pushed it to its limits, and the next one may tear it apart.

What Europe needs now is a comprehensive vision of the path from crisis to resilience that can serve as a guide for concrete action. This pilot study contributes to such a vision in two ways:

1. It develops a roadmap towards a sustainable EMU. The idea is to build strong incentives for all euro-area member states (as well as willing EU member states outside the euro area) to implement structural reforms and commit to an enhanced and more integrated monetary union. In recognition that the current political environment will render difficult any long-term reform process lacking immediate benefits, the roadmap is accompanied by a modernisation pact that focuses on smart debt reduction and a coordinated investment initiative.

2. Moreover, the study identifies “known unknowns,” thereby providing a clearer view of questions that need to be answered as Europe moves towards a more resilient monetary union. It outlines which areas need to be researched in more detail.