“The Spanish situation leads us to the banking union”

On the occasion of the European Council meeting on 28-29 June 2012, the President of Notre Europe António Vitorino takes a stand on the situations in Greece and in Spain, on the proposals of “banking union”, “political union”,”euro bonds” and “federal leap” and on measures designed to fuel growth. He also deals with the “multiannual financial framework” after 2013 and the governance of the Schengen area and asylum policy. 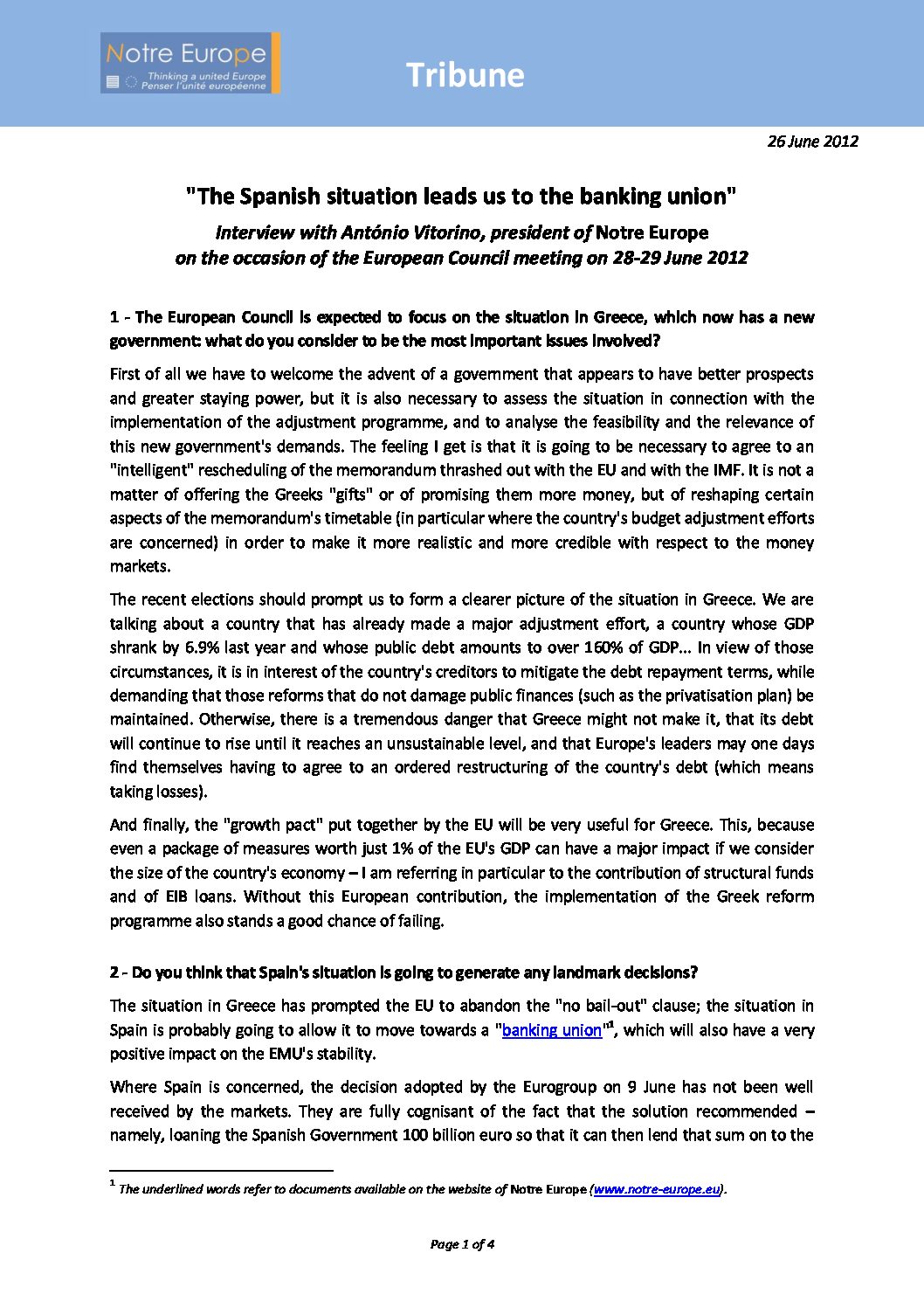 On the occasion of the European Council meeting on 28-29 June 2012, the President of Notre Europe António Vitorino answers the following questions:

1 – The European Council is expected to focus on the situation in Greece, which now has a new government: what do you consider to be the most important issues involved?

2 – Do you think that Spain’s situation is going to generate any landmark decisions?

3 – “Banking union”, “political union”, “eurobonds”, “federal leap”: do you think that the European Council will adopt conclusions on a par with the proposals aired during its preparation?

4 – This European Council may adopt measures designed to fuel growth. What can we expect in concrete terms in that connection?

5 – The European Council is going to be holding its first in-depth debate on the “multiannual financial framework” after 2013. Do you hold out any great hopes in that connection?

6 – The European Council’s agenda suggests that it is also going to debate the governance of the Schengen area and asylum policy. What do you think of the latest developments in those two areas?