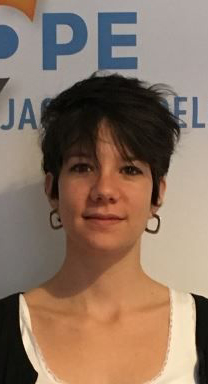 Tiphaine Milliez is a research fellow at the Jacques Delors Institute, working on European energy policy.

Prior to joining the Delors Institute, Tiphaine worked at the Permanent Representation of France to the European Union. Among her previous engagements, she also worked at the Secretariat-General of the European Commission and as a Junior Consultant at Accenture, where she was in charge of formulating recommendations to support the Dutch City of Groningen (NL) to become a “smart and green City”.

Tiphaine holds in MA in European Political and Administrative Studies from the College of Europe in Bruges (Falcone and Borsellino Promotion). She is also a graduate of the Franco-German Dual Program of the Institute of Political Studies of Bordeaux, in partnership with the University of Stuttgart.

Her working languages are French, English and German.