Eulalia Rubio, senior research fellow at the Jacques Delors Institute, participates at the presentation conference "L'économie mondiale 2019" of the CEPII. 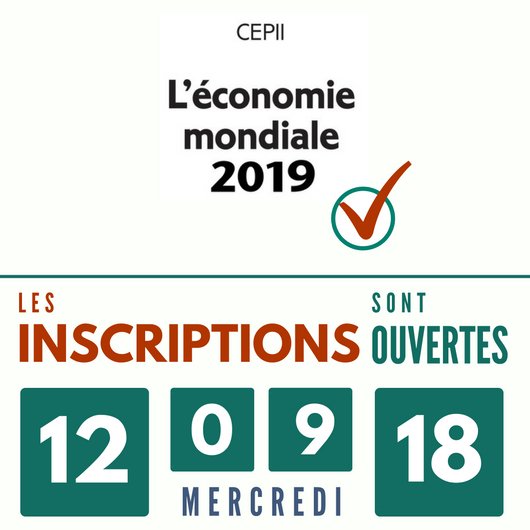 The recovery of the global economy was confirmed in 2018. It is nonetheless under high tension. US protectionist measures may well degenerate into a trade war. The European project could falter under the weight of the incapacity of its members to refound it on the economic as well as the political level. These are the topics of discussion for the first session of this presentation conference, in which Eulalia Rubio participates. The 2019 edition of The World Economy also highlights some flaws in the macroeconomic frameworks mobilized by economists to capture the structural transformation of inflation, the effects on the activity of fiscal policies, or the sharing of value added . These aspects are discussed during the second session.

Entry is free upon registration.