Luxembourg at the Helm: Experience, Determination and Self-Denial

The Luxembourg’s Presidency, first six months of 2005, is being viewed hopefully, because the list of topics to be addressed is indeed impressive. This presidency is also the better example to prove that the small countries have the resources needed to cope with the obligations incumbent upon a President in office. 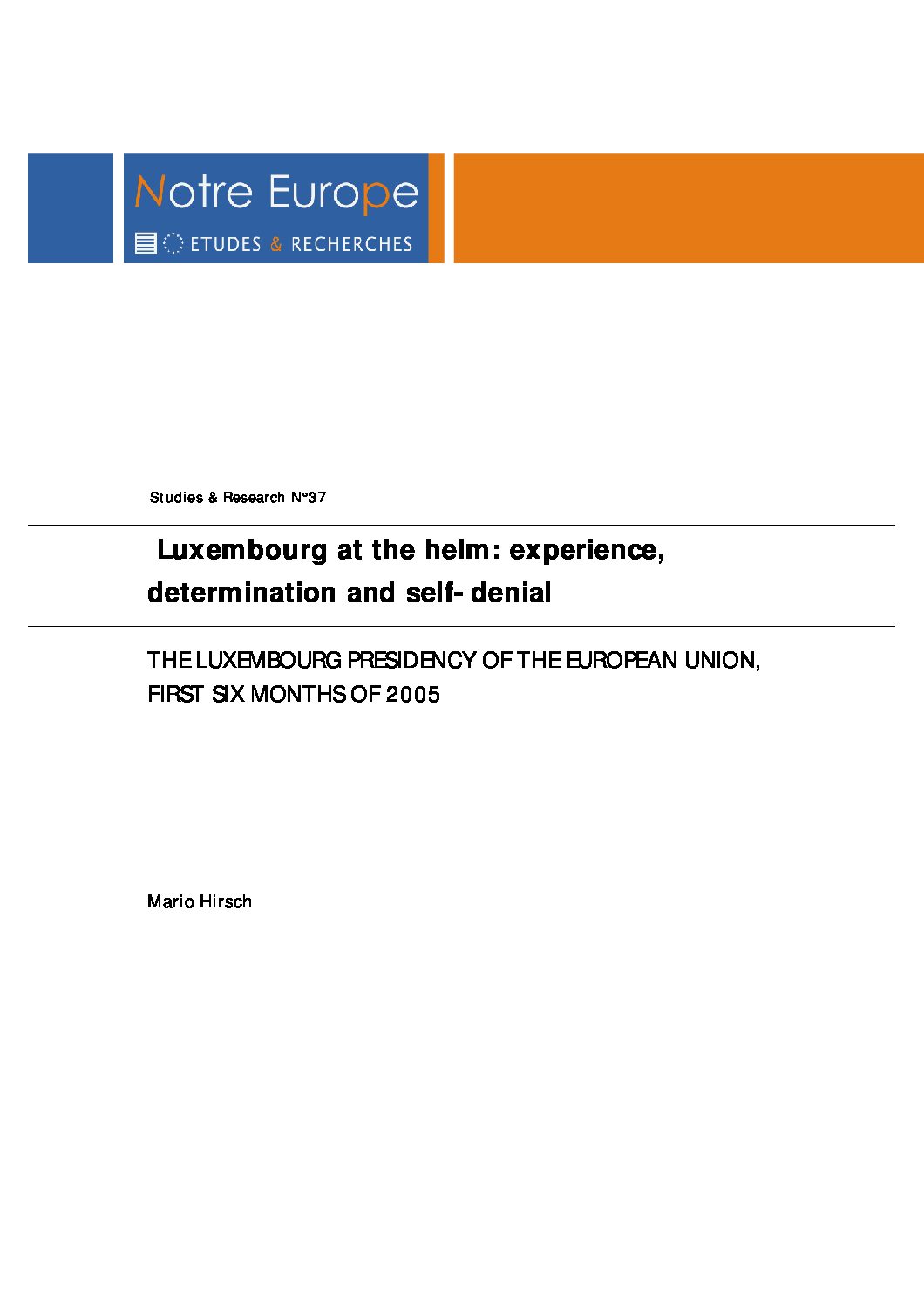 The Presidency of the Union has been one of the most frequently debated questions throughout the two years taken to prepare the European Constitution, alongside the composition of the Commission and the weighting of votes within the Council of Ministers. Part of the received thinking current at the time was that the rotating presidency was becoming impracticable, since the small countries do not have the resources needed to cope with the obligations incumbent upon a President in office.

As a demonstration that there might be something wrong with this analysis, no better example could possibly be imagined than Luxembourg’s Presidency at the beginning of 2005. The list of topics to be addressed is indeed impressive: the start of negotiations on future finances, a debate on reform of the stability pact and examination of the Lisbon strategy at the Spring European Council , not to mention a most uncertain international situation, especially in the Middle East. There is even less chance of avoiding these questions since the Finance Ministers have just given Prime Minister Jean-Claude Juncker the formidable responsibility of chairing the Eurogroup. In other words, the task in hand is a considerable one, and yet the arrival of the Luxembourg team at the helm is being viewed hopefully in European circles.

It is even being considered that this Presidency represents a “window of opportunity” as regards the budget in so far as it might put forward a dossier in which both its predecessors and its successors, for differing reasons, are too heavily involved to be able to play a mediating role. The study by Mario Hirsch provides keys to the understanding of this apparent paradox. Napoleon said that “A country’s foreign policy is dictated by its geography”. A small country with powerful neighbours, Luxembourg has learnt to its cost that the balance of power can have devastating effects. Its economic success is inseparable from its openness to the world. Having joined in the European adventure from the very outset, it benefits from an intimate knowledge of the Community machinery’s internal workings.

This has enabled earlier incumbencies to leave their mark on the recent history of Europe: it was a Luxembourg Presidency that saw the adoption of the Single European Act, the linchpin in the resurgence of the 1980s, and start of the intergovernmental conference that was later to be concluded in Maastricht. This vast experience calls to mind advice that the big countries sometimes tend to forget: an effective Presidency is one that is capable of setting aside its own immediate interests in favour of the common interest. If this criterion is to be used to define great European countries, there is nothing small about Luxembourg. This explains the trust placed in it in European circles and the hope riding on it.