The Danes, the European Union and the forthcoming Presidency

Denmark, which is set to embark on its sixth presidency of the European Union on 1 July 2002, is often regarded as a special and somewhat unpredictable Member State. Because of its democratic practices, this strong-willed country is the one whose population has most frequently been asked to vote on European matters. On two occasions, the Danes refused to follow their political elite – first regarding the ratification of the Maastricht treaty, and a second time regarding participation in the third phase of EMU – thus establishing a certain “Danish exception”. 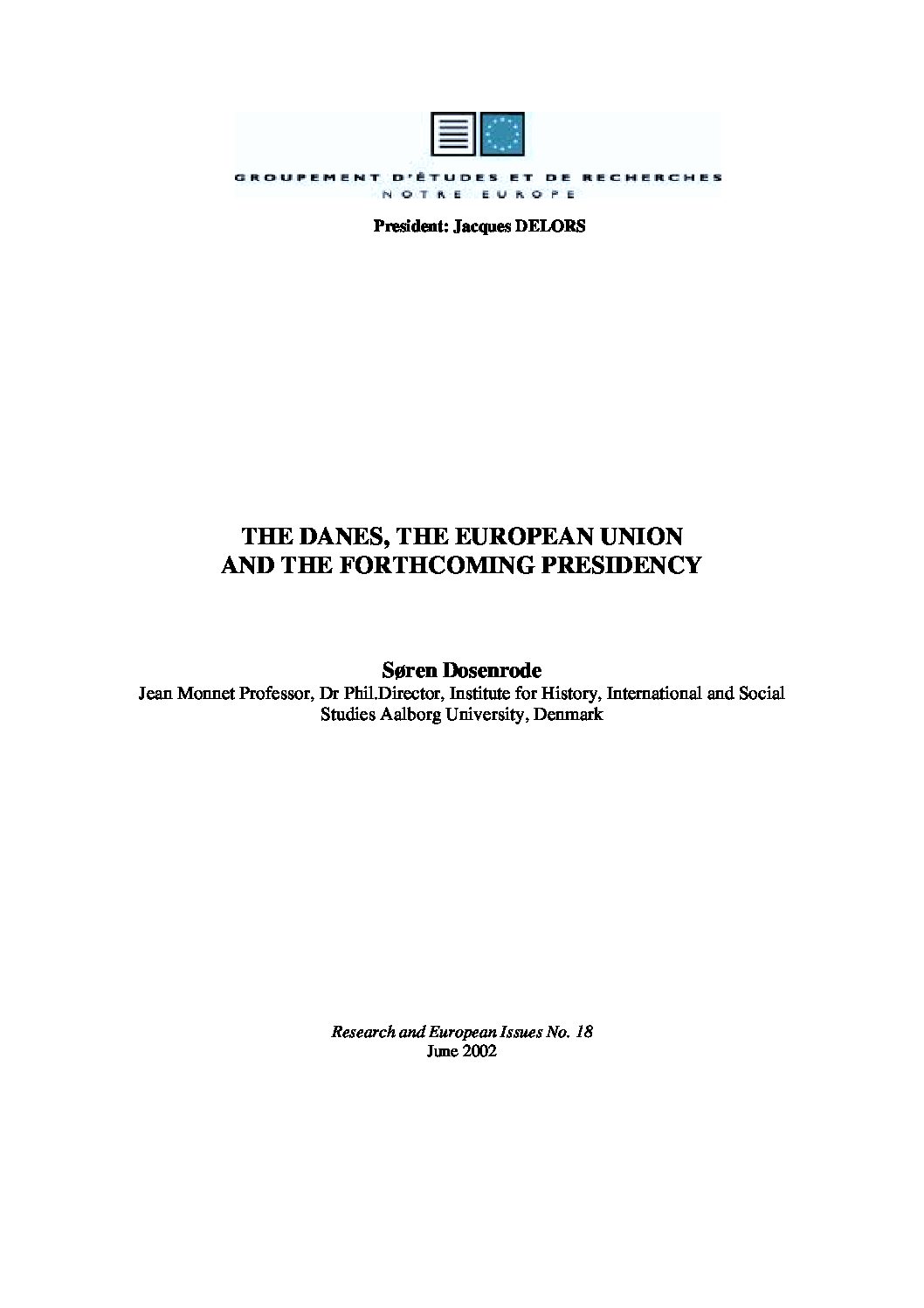 Soren Dosenrode delivers a clear insight into this “Danish
paradox”, whereby a genuine feeling of belonging to the European Union
mingles with deep reluctance to engage in any form of debate on political
integration. In so doing, he uncovers another one: the pro- European elite is
tending to limit European integration to the single market, thus fuelling the
opposition of part of Danish public opinion to a process perceived as
exclusively mercantilistic and capitalistic. These paradoxes, which have an
unfortunate tendency to feed on themselves, are rooted in the complex history
of the Danish nation State and in a respectable concern for preserving the specific
features of an original welfare State model.

However, according to the author, they should not make us doubt the
Danes’ support for the Union, which is in line with the Community average. The
timing of this presidency is ideal: Denmark will need to take a decisive part
in pushing through the enlargement negotiations – an area where, despite its
traditional neutralism, this small country is clearly determined to play a
major political role. Dosenrode’s prediction that this coincidence could result
in both a success for Europe and greater support of the Danish people for
political integration thus has every chance of coming true.

This favourable context is all the more welcome since the agenda of the
Danish presidency is particularly full and will require a lot of determination
and know-how. I am grateful to the author for outlining this agenda’s main
thrusts… before they were made public! The Danish government, while preparing
to fulfil its duties with its customary diligence, has refused to announce any
programme before the end of the Spanish presidency so as not to interfere with
the work of its Spanish counterparts. In the period of doubt currently
affecting the European integration process – one which has notably seen
worrying results at the polls -, irrepressible optimists such as myself will
find much to rejoice about in this remarkable study.