Paris, 5 February 2019 – What is the modernity of the spirit of the founders?

What remains today of the commitment to an "ever closer union among peoples", of "harmonization in social progress", of "a singular responsibility for peace" world ", and particularly towards the peoples of Africa? How does this moment obligate he Europeans to get out of a purely economic way to engage directly in the fight of values? What are the outstanding challenges for the next election of the European Parliament? 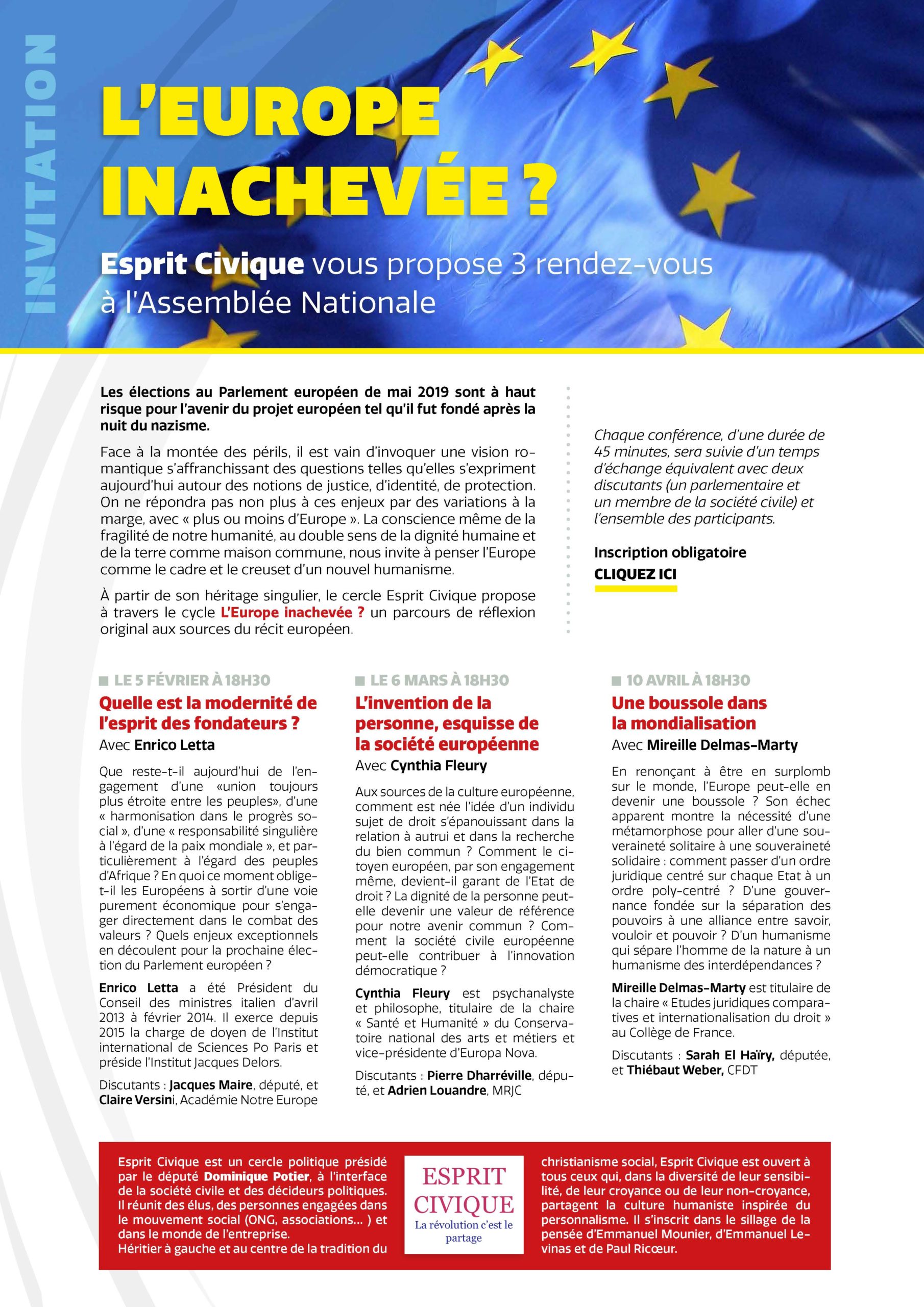 The elections to the European Parliament in May 2019 are at high risk for the future of the European project as it was founded after the night of Nazism.

Faced with the rise of perils, it is useless to invoke a romantic vision free of the questions as they express themselves today around notions of justice, identity, protection. Neither will these issues be answered by variations at the margin, with “more or less Europe”. The very awareness of the fragility of our humanity, in the double sense of human dignity and of the earth as a common home, invites us to think of Europe as the setting and crucible of a new humanism. Starting from its singular heritage, the Civic Spirit Circle proposes through the cycle “Unfinished Europe?” an original reflection on the sources of the European narrative.