The treaty providing for enlargement of the European Union (EU) to 10 new States was signed in Athens, on 16 April 2003, and is now undergoing ratification in the 25 countries involved. During these few months the former candidate countries find themselves in a kind of limbo: no longer candidates, but not yet full members. This is the ideal time to consider the foreseeable consequences of this change in status. 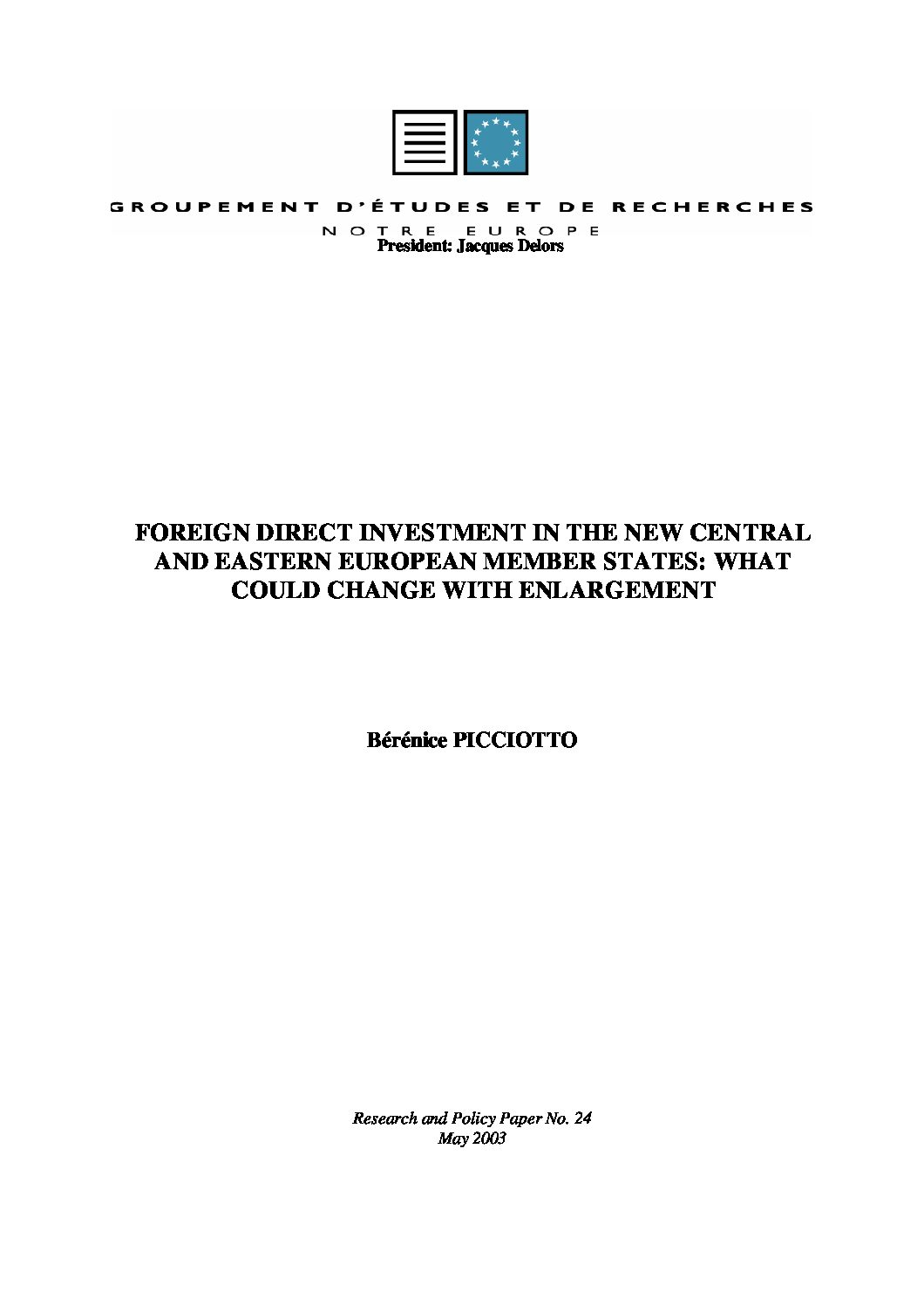 The treaty providing for enlargement of the European Union (EU) to 10 new States was signed in Athens, on 16 April 2003, and is now undergoing ratification in the 25 countries involved. During these few months, which will soon be over, the former candidate countries find themselves in a kind of limbo: no longer candidates, but not yet full members. This is the ideal time to consider the foreseeable consequences of this change in status.

Notre Europe asked Bérénice Picciotto to attempt to shed light on one of the major aspects of this issue by analysing the predictable effects that integrating the new members into the single market will have on investment flows and production locations. She has obliged with a sound and wellresearched study, which provides a valuable insight into potential developments without claiming to hold certainties. I have noted two considerations in particular.

The first is that we are not starting from scratch. The years of economic “transition” and preparation for accession to the EU have enabled the candidate countries to adjust to foreign direct investment flows and adapt their economic policy accordingly, with varying degrees of success.

The second is that the progress made is extremely fragile, has already been marked by significant setbacks and reflects major potential imbalances between countries, regions and sectors, within both the new members and some of the current ones.

The Union therefore has a major challenge to take up. No-one would understand if it were less successful in bringing about convergence after enlargement than before. In this respect, it has a decisive instrument at its disposal in the shape of the structural and cohesion funds, even though the accession negotiations were able to deal only with their overall budget. There is now a pressing need – notably in the context of the plans for 2007-2013 – to take a closer look at the role these funds are to play in the context of this enlargement. I trust that studies such as this one by Ms Picciotto will help draw attention to the issue and provide the first pointers towards future progress.