The Convention on a Charter of Fundamental Rights: A method for the future?

The Convention “method” – as developed during the drafting of the charter of fundamental rights, which was adopted by the three European institutions – is, without a doubt, one of the most important innovations in the functionning of the European Union since the Maastricht Treaty. 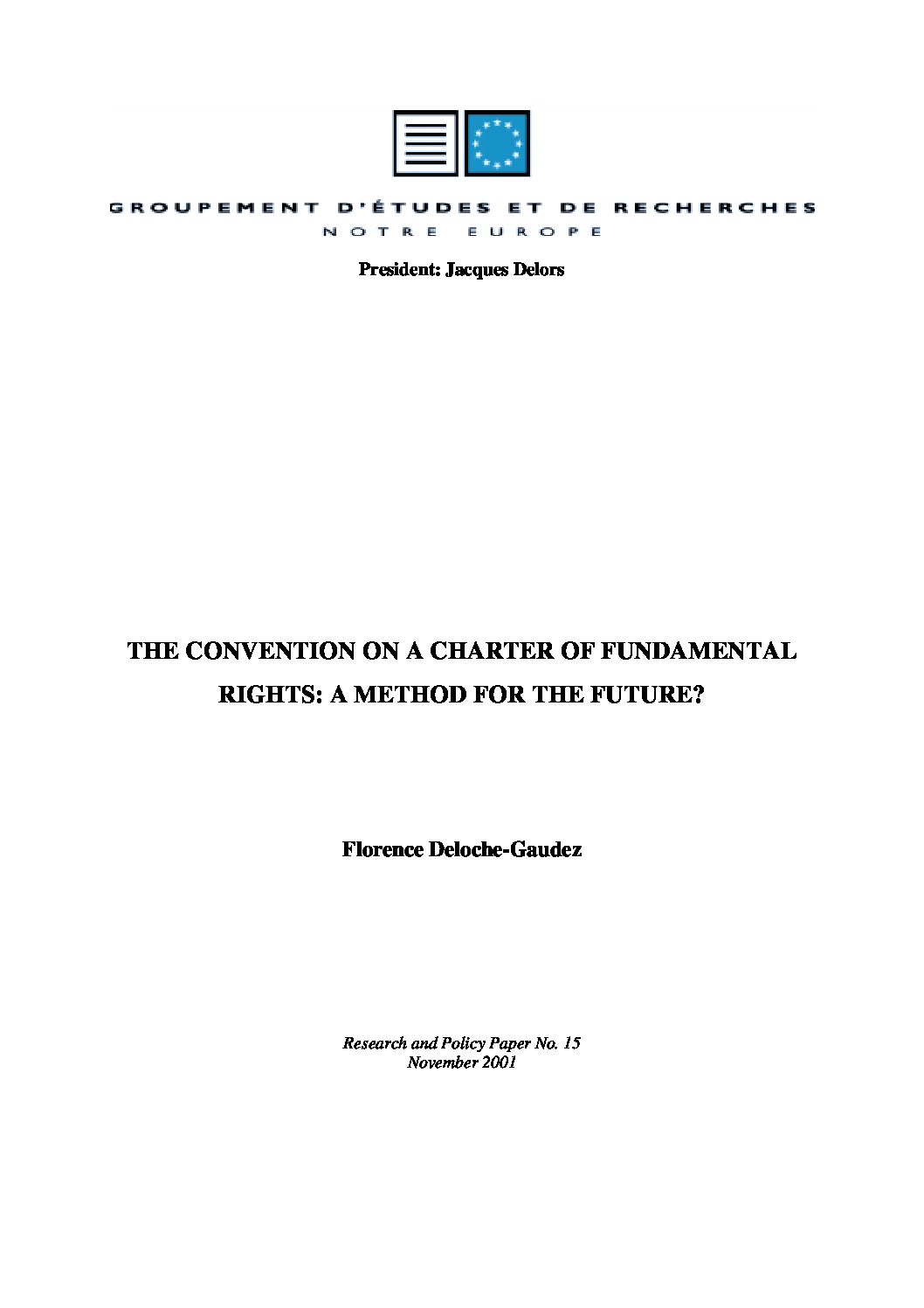 By mingling representatives of the Member States, the Commission, the European Parliament and national parliaments, and through the innovative involvement of “civil society”, it has undoubtedly created a new approach that is better suited to extending the political scope of the Union than the traditional diplomatic method of the intergovernmental conferences. The speed with which the Commission, the European Parliament and the European Council adopted the Convention’s draft demonstrates the effectiveness of this working method, despite its apparent complexity.

It is therefore proper and natural that this method should again be envisaged for organising the debate on the Union’s future in the wake of the Nice conclusions. It would, however, be unwise to undertake this “spontaneous” extension without an in-depth analysis of the experience of drafting the charter of fundamental rights, and the conditions which made it a success. This analysis is necessary if we are to develop a genuine “method” on the basis of what is currently only a successful experience, and ensure that it can be reproduced and extended to other areas. Notre Europe‘s aim in commissioning this study – whose conclusions are, of course, solely those of its author – was to launch this indispensable analysis.

The intention was to attempt to highlight the right questions while respecting the fundamentally political nature of the decisions that need to be taken. The issues are, after all, of “constitutional significance” for the Union, and we wanted to avoid the easy solution of prescribing a course of action. Florence Deloche-Gaudez has conducted a rigorous study, based on many first-hand accounts collected from participants in the first Convention. In stressing the importance of the Convention’s mandate, its relationship with the ensuing intergovernmental conference and the ways in which the various players were able to take part and organise their discussions, she has, as we invited her to do, identified and discussed the right issues and shed some light on the decisions needed. She has thus launched a debate which is set to continue within the next Convention itself. Notre Europe is eager to contribute to the debate, on the basis of reactions to this study.