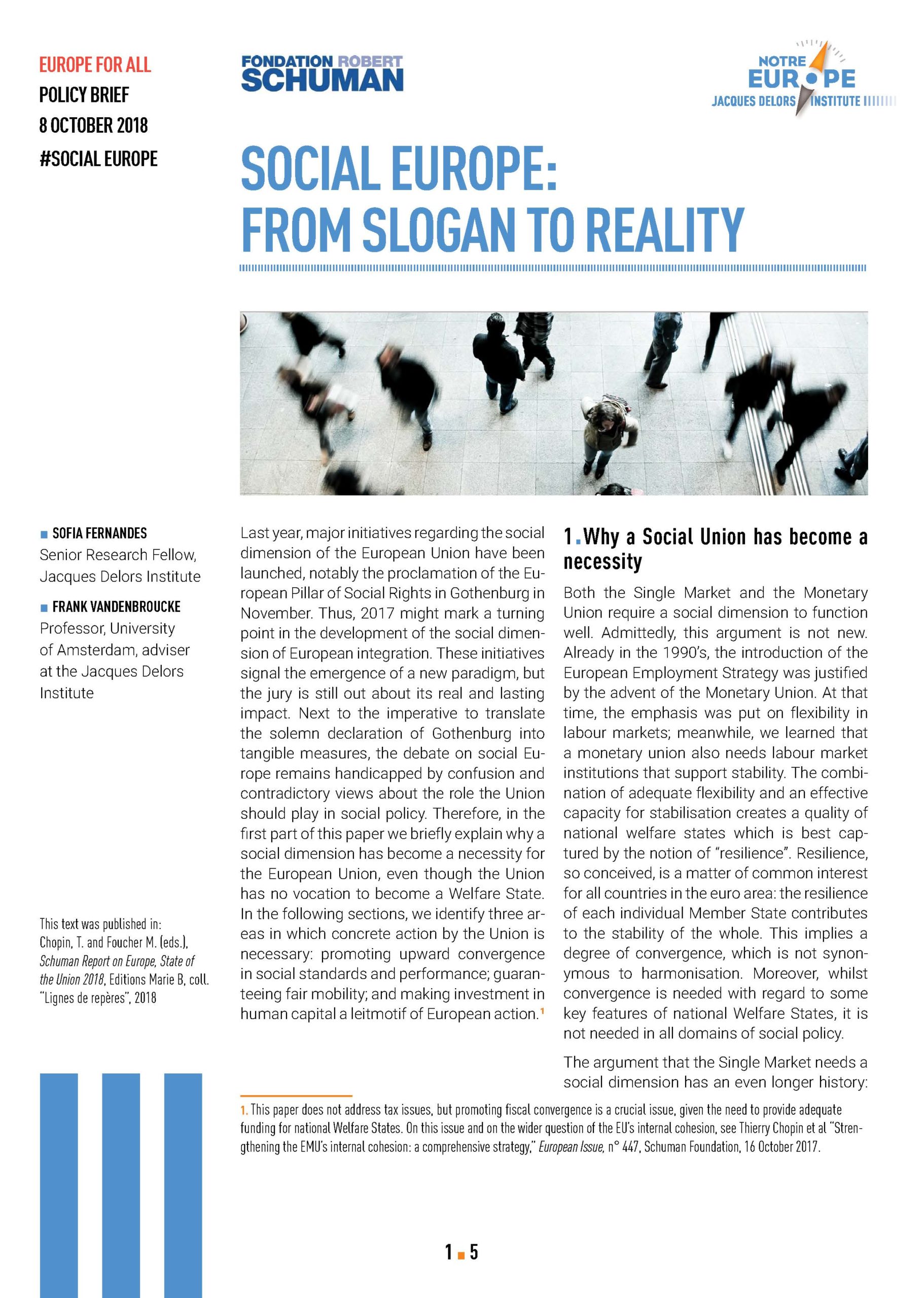 These initiatives signal the emergence of a new paradigm, but the jury is still out about its real and lasting impact. Next to the imperative to translate the solemn declaration of Gothenburg into tangible measures, the debate on social Europe remains handicapped by confusion and contradictory views about the role the Union should play in social policy.

Sofia Fernandes, senior research fellow at the Jacques Delors Institute, and Frank Vandenbroucke, professor at the University of Amsterdam and adviser at the Jacques Delors Institute, publish together this Policy Brief, with the Robert Schuman Foundation. They first briefly explain why a social dimension has become a necessity for the European Union, even though the Union has no vocation to become a Welfare State. Then they identify three areas in which concrete action by the Union is necessary: promoting upward convergence in social standards and performance; guaranteeing fair mobility; and making investment in human capital a leitmotif of European action.